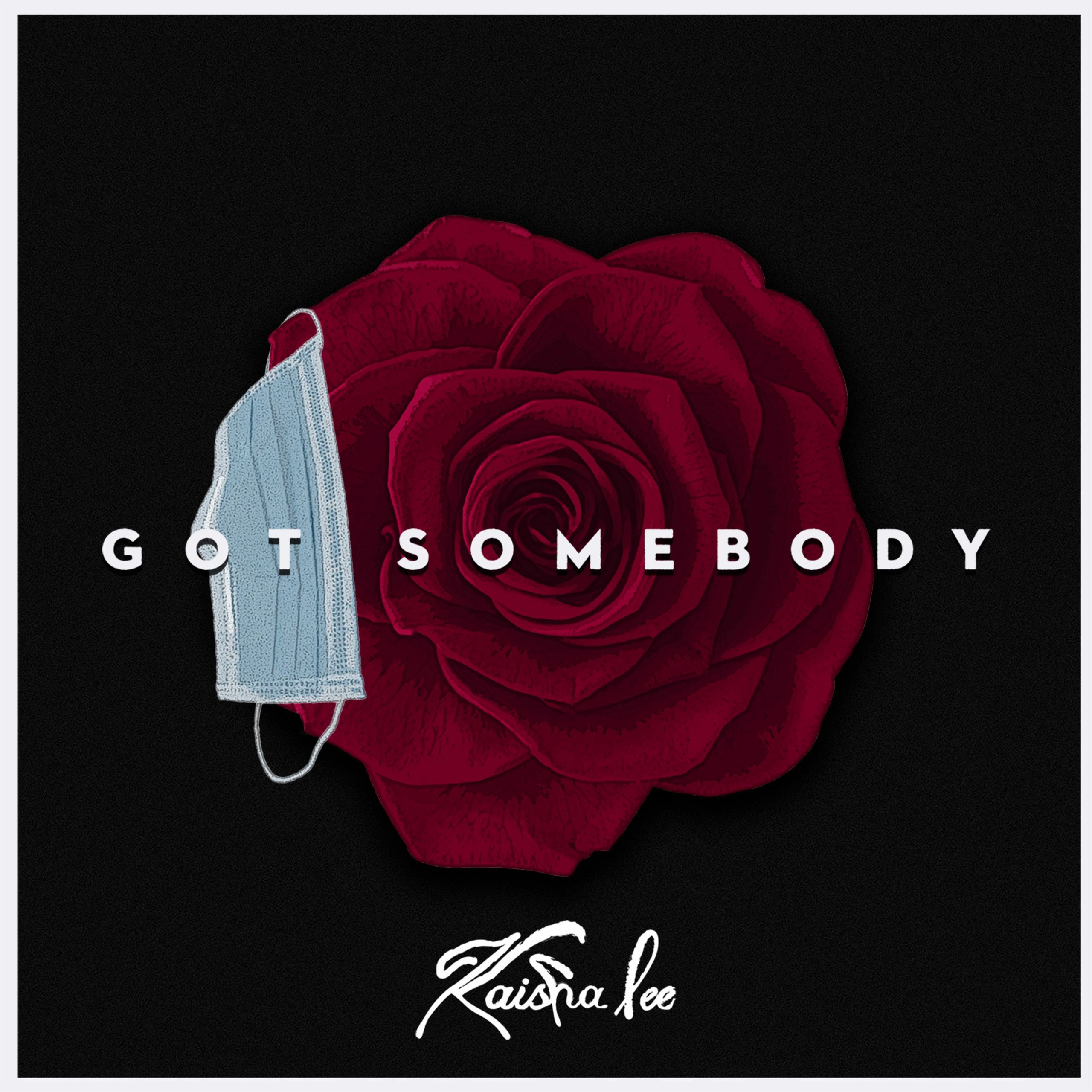 I believe I have discovered the next big Canadian artist and if you invest now, you can thank me later. Kaisha Lee has just dropped her latest track Got Somebody. It gave me goosebumps and it immediately made me feel relaxed, sublime and not alone. It was written with the stresses and bitterness that Covid has brought on. Kaisha has her musical fingers on the pulse of humanity, spirituality and well-being. As a new fan of her music, I would call her a sound soothing and groovy with a splash of funk gospel.

You can listen to it here.

Kaisha was born to create beautiful music. She grew up mostly in Toronto, Canada hearing tunes from her parents native Jamaica. She gravitated to playing the piano when she was barely six years old. Later, she strengthened and nurtured her voice as a member of several gospel choirs and a classical chorale.  In her professional career – as a young woman, she took her love of gospel music and Negro spirituals on the road with the Nathaniel Dett Chorale. That tour covered numerous stops in Canada, the U.S.A. and France. Versatility is key to the success of any young artist. Kaisha’s song writing garnered her a Gemini award as part of the Sharon Riley and Faith Chorale. Her music runs the gamut from soul to reggae, from jazz to dancehall and she incorporates a fusion of slow-to up-tempo reggae and soul-influenced R&B.

She released her first demo recording, Undefined in 2010 and became a fast favourite on local Caribbean radio stations. Pirates in the Ship, was just the opening she needed to focus on setting more singles — Clean Heart Order and Be Mine.

Kaisha’s international appeal has opened the doors to collaborating with British artists in London, UK and recording for the I Heart #Reggae album with reggae musicians at Tuff Gong Studios in Jamaica. On the ground in Montreal, she has sung and played piano regularly at the House of Jazz and weekly corporate gigs with top corporate band ‘1945’. With 20 years of experience teaching music, Kaisha is the owner and operator of The Instrumental Voice School of Music and Holistic Center. She also credits her voice teachers, Ali Garrison and the late master teacher Angela Hawleshka, with playing integral roles in her recovery and empowerment.

The end of 2019 found the singer/actress diving into her musical theatre debut with The Ward Cabaret. With all the changes of 2020, Kaisha is grateful for her new position as a voice professor to the actors at Sheridan College.

Her music can be found on all digital outlets and on kaishalee.com

From her home in Brampton, Ontario I caught up with her for an extraordinary interview. She is extremely talented and I know her career is going to blow up.

HNM “This new song, Got Somebody – is it about being happy with your partner or is it about looking for love?”

KAISHA “It’s actually not a love song. It starts off with that type of sentiment but it’s really a personal story to the world, much like an intimate conversation with somebody I love. We, as the world are all going through something together, it’s a new experience for all of us. I’m a water sign, so I’m very sensitive, I’m very loving and loveable and I speak in that language.”

HNM “I was listening to some of your earlier music and your new song Got Someone really has a gospel feel to it. Can we expect to hear more of that in the future?”

KAISHA “Not immediately but yes more in the future. This was special for the times.” 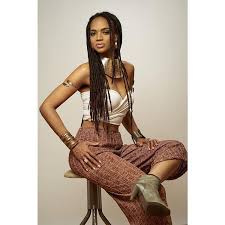 HNM “What was it that inspired the song?”

KAISHA “It was what I was feeling and what I was seeing whenever I went outside. It was after the first wave and you see the line-ups, the frustration, the lack of positive energy and people are sad about life changing. We have to keep moving forward, for those of us that can. It’s a reflection of the times and now that we’re in the second wave, I still feel the same way.”

HNM “You had mentioned earlier that you recorded this in your parent’s basement?”

KAISHA “I did record it in my parent’s basement in a different home. I had a small set up and had gone through a personal journey through recording it. I wanted to re-record it because the mic wasn’t very good and it wasn’t a completely soundproof studio. I wrote it, I sang it and I recorded it – and decided to leave it like that. It was raw and it wasn’t about being perfect – it was about the message being delivered as it was given.”

HNM “As a young artist, do you have to wear a lot of hats?”

KAISHA “I do, I don’t have a manager yet but maybe someday I will. I have great PR in Sasha and hopefully the team will continue to build as the music builds.”

HNM “I know you’ve collaborated before but who would you dream of collaborating with?”

KAISHA “Sizzla (laughing), he’s a reggae artist and my very favourite. Another artist is Marcia Griffiths, she was one of the original 3 backup singers for Bob Marley. She’s had a great reggae solo career and if I had the chance to collaborate with the queen of Reggae, that would be amazing!”

HNM “Do you always work with the same team of people that you’ve worked with in the past?”

HNM “When did you first start to sing?”

KAISHA “I was pretty young but when I really started singing, I was in church and was playing piano with the pastor’s wife, then she put a microphone in front of me because she heard I could sing. I was 15 and the church was a great place to learn, especially if you mess up, you have to keep going. The church is a real blessing.”

HNM “Who encouraged you the most to keep singing?”

KAISHA “I met a lot of people that encouraged me along the way, heard me and guided me, once they understood what I was doing. It’s been a strange journey because a lot of people around me didn’t understand what I was doing and you can’t encourage what you don’t understand.  A lot of times I felt alone on my journey until something happened. I could thank so many people that helped me along the way and uplifted me but that list would be so long. I did lose 2 amazing women in 2020, that were mentors to me. It was devastating to me because they were the top women in my life in terms of pushing me forward and mobilizing me in my career.

HNM “You mentioned that you play piano, do you play any other instruments?”

KAISHA “No, but I’ve always dreamed about playing the guitar. It’s never come to fruition – I think I was a little soft about putting calluses on my fingers so I stick with the piano.” 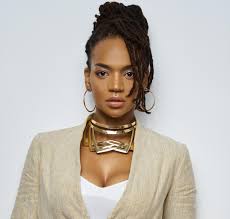 HNM “Who is your biggest inspiration in life?”

KAISHA “I have a lot of inspirations. Of course, we have to start with the king of Reggae, Bob Marley. He has music that can resonate with people all over the world. It’s freedom music, it’s message music and it’s uplifting music. I really love Mary J Blige and her R&B; I still love her. I used to listen to Whitney Houston when I was younger and would run up to the TV and just be mesmerized. There’re various people that I’ve looked up to over the years and various genres that I listen to because I’m eclectic – I like a lot of different styles.”

HNM “Do you ever feel bound to produce the same type of music?”

KAISHA “I used to feel bound to Reggae because it’s what I love, it’s what I’m drawn to and what I fall back to. If I don’t think about it, don’t plan for it and go to auto-pilot, I’m making reggae. The piano voice, I enjoy pushing out. I don’t think I had the confidence earlier on but overall; I don’t feel locked into one genre and I do multiple things in different areas. Over the next year, people will be able to see a different side of me again, as far as the music I put out. I’m not sure what I’m putting out next but I hope everyone likes it (laughing).”

HNM “What inspires most of your music?”

KAISHA “I’d say life and all it encompasses – such as love, it’s downfalls, it’s successes, it’s everything that touches my heart that I eventually write about.”

HNM “Have you ever written about a true event/true story?”

KAISHA “Yes, I’d say most of my songs I write are based on true stories.”

HNM “If you could travel to outer space and orbit the earth for a day… or travel to the deepest part of the ocean and explore the bottom for a day in a submarine, what would you choose?”

KAISHA “That’s not fair, one of them is still on earth. I’m gonna have to go with floating around in space because it would be a new experience and I love new experiences. I’d like to travel to Neptune because it’s the furthest planet from earth and it’s something strange and new. If I’m going to have a new experience I want to go as far as possible because I want that experience.”

Kaisha has a list of accolades as long as my arm and her tenacity has put her front and center on everyone’s radar. Her voice is her gift and her words are her hugs.

Here is a list reflecting some of her more impressive achievements.

Performed at the inauguration of former US President Barack Obama (2009)

Opening act for I-Octane at Club Soda in Montreal (2016)

Performance and interview with Global News (2015)