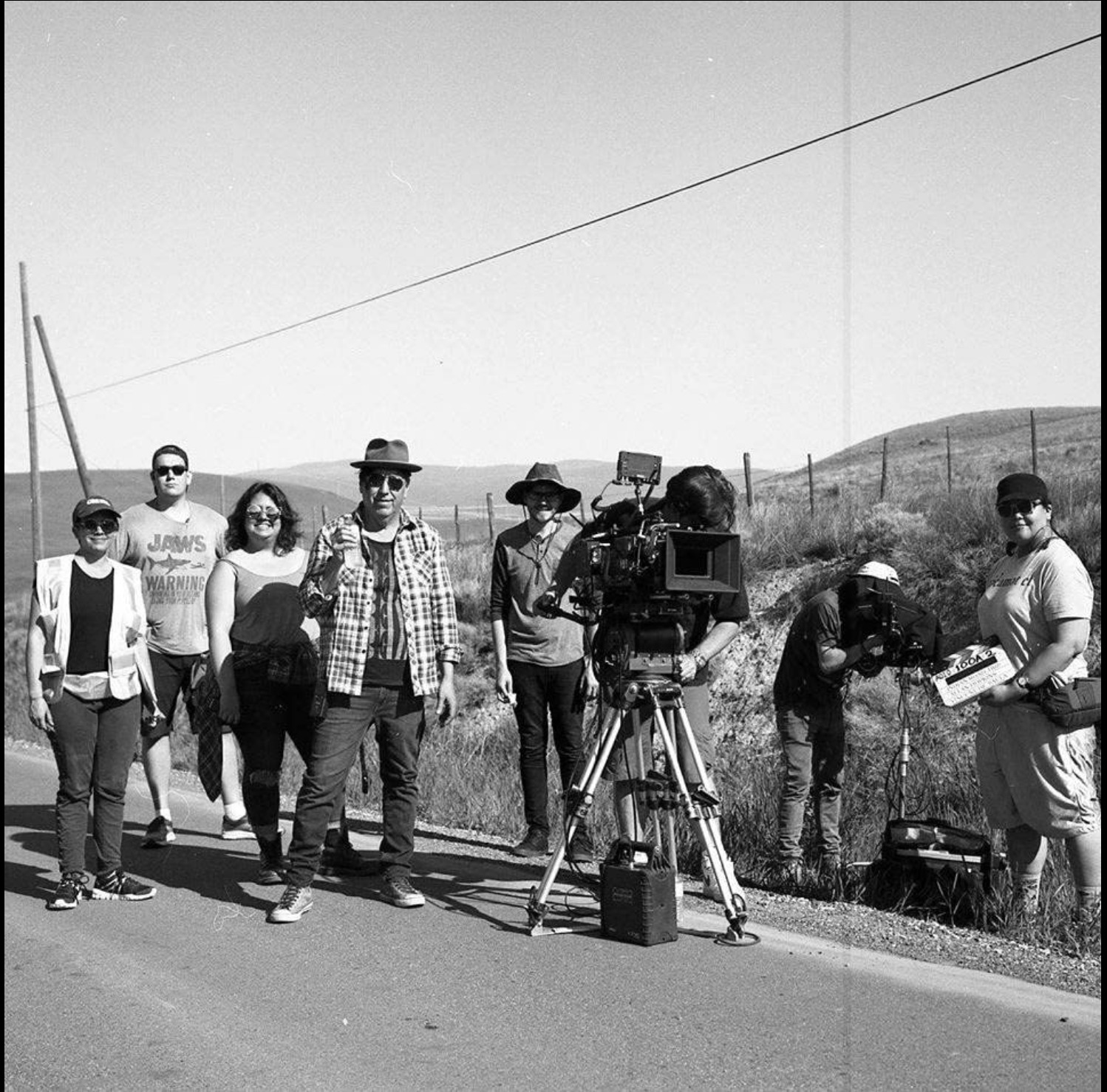 If you’ve been on a road trip before, I don’t have to tell you how much fun they can be. You stop along the way and sometimes you meet new people, you stay a little longer or you make a wrong turn, get lost and your original destination now seems unreachable. Yep, the road trip can have many faces and many wrong turns/wrong choices along the way. Indian Road Trip is kind of like that. It’s a comedy and buddy story that has conflict around every bend. Imagine you and your best bud all excited to drive a couple of hours to Wreck Beach to spend the day… but then, just as you’re ready to gas up and hit the highway, you are tracked down and told you have an extra passenger – aunt Hetta!

Indian Road Trip is full of hilarities and pit stops along the way that introduce new characters, new scenario’s and more head scratching, fist pumping, jaw dropping laughs with a threaded weave of Native Culture throughout. The film stars Ajuawak Kapashesit (Indian Horse, Caleb, Outlander) and Paul Grenier (Colony, Salvation, Supernatural, Jamestown) as well as introducing new rising stars to the screen, Mika Whiskey Jack. The film is written and directed by the very talented and award nominated Allan Hopkins and it makes its premiere at this year’s Whistler International Film Festival.

I had the extreme pleasure of speaking with both Paul Grenier and young rising star Mika Whiskey Jack through Zoom about the making of this film.

HNM “How did you both get involved in this film?”

MIKA “My agent introduced me to this film. I auditioned and got the part. It was a real honour to be in it.”

PAUL “My friend Kindall Charters, that plays the ‘soldier on the bridge’ approached me with the ‘sides’ (mini script) and asked me if I was aware of it – I wasn’t, so he told me to talk to my agent. That night I put something on tape, sent it in and found out a couple weeks later that I had booked it. Kindall didn’t have a very big part but whenever he is in something, he always brings it and I loved seeing him on the screen.”

HNM “Now Paul, you play Cody, a close friend of Hank’s and you’re both going on a road trip to Wreck Beach. You’re a bit of a prankster in this film, so how close is this character to your true self?”

PAUL “It’s not much of a departure from who I am in real life. After I read the script and started putting stuff on tape, I knew the character Cody resonated with me. I had originally read for Hank but I really wanted the role of Cody, I was pretty excited about it. I am a bit of a prankster at work and it can sometimes get me in trouble but nothing dangerous. My supervisor will give me a stern talking… like, ‘hey Paul…’ (laughing).”

HNM “It looks like there was a great energy on this film and a fun atmosphere on set. Were there any pranks that you did on each other?”

MIKA “Not that I was aware of.”

PAUL “For 99 percent of the time we were there for the work and getting the picture made… but there was a lot of high energy and a fun atmosphere despite the pressure of filming a 96-page script in 12 days. The pressure was on and the days were long but the energy was so high and so much fun, that it didn’t really feel like work. No pranks, because people can get hurt (laughing) depending on the prank but a lot of fun was had making this film.”

HNM “Now Mika, what did you like most about being in this film?”

MIKA “I really enjoyed working with a great crew and the set was such a positive environment. Working on a different kind of film was a lot of fun because I’ve always been in dramas and being in a comedy was an amazing experience.”

HNM “Your character Precious seemed to appear sporadically in the story. How many days were you on set?”

MIKA “I was there for a week and a half.”

HNM “Now Paul, in the film, you were driving pretty slow on those gravel roads in the convertible. Was that to avoid creating too much dust?”

PAUL “Sort of… I don’t know all the technical reasons we were driving slow but I’m pretty sure it’s because of the locations we were filming in and the roads were pretty winding. We also had to be sure to keep hitting our marks in order for the drone camera to catch up. I think the speed was also driven by the story and how the character aunt Hetta didn’t like to go fast. I’m sure there were some technical reasons also but I wasn’t in that room when they were discussing it.”

HNM “Where was this movie shot?”

PAUL “I’m gonna say east of Merritt, BC. There was a reservation that they graciously allowed us to work on. For me it was the first time ever being deep into an Indian reservation.”

HNM “The scenery reminds me of Kananaskis country. Have you ever lived in Alberta Mika?”

MIKA “I did, I actually grew up North east of Edmonton in Saddle Lake but I’ve also lived in Edmonton too.” 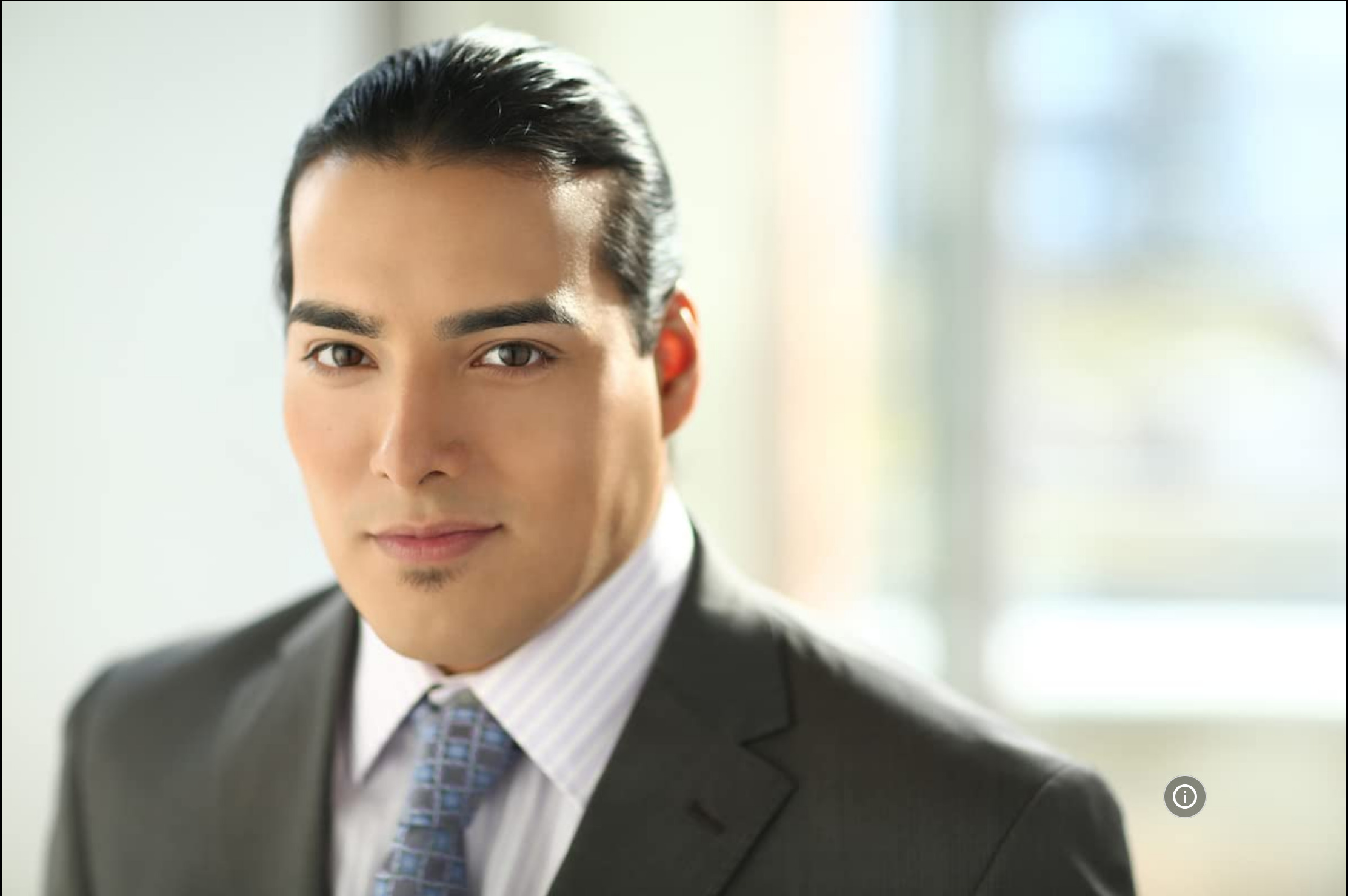 HNM “In looking at your past work Paul, you seem to lean toward more dramatic and action-packed roles. How does this role compare to your past roles?”

PAUL “Don’t get me wrong, having the opportunity to work on shows like Arrow, Supernatural, Salvation and other big budget shows with the hustle and bustle are really cool and great to work on… but this film provided me with one of my first leading roles, as well as it being my first feature film role. That experience coupled with the great atmosphere, the vibe on set and that the film was a labour of love, made it one of the most exciting and fun times I’ve ever had on set.”

HNM “Did any of you run into any wildlife while filming because it looks like bear country?”

PAUL “One of the crew members would go fishing in between takes and cook up his catch for everyone. It’s the first time I’ve tried fresh lake fish. I did however walk into a bear at my brother’s wedding a couple of weeks ago in Banff, Alberta.”

HNM “Mika, is your family pretty supportive of your acting career?”

MIKA “Oh yes, my mom was an actress and is the one that introduced me to this industry.”

HNM “Was there any special preparation you had to do for the role?”

MIKA “It always varies with different characters, but with this character I just listened to a lot of music. I really vibe with music, it calms me down and can bring me into different moods. Music alone can really prepare me and help to get me into that mindset and where I need to be at that moment.”

HNM “What was your biggest takeaway being in this film?”

PAUL “I think I had a lot of firsts in this film. It was the first time being on a reservation, my first leading role, my first feature film and I did a lot of internal work, to ask myself what it meant for me at the moment. It was a lot of firsts and an exciting experience. I had the option to get a drive to set everyday but Ajuawak and I would drive an hour together to set to help build that vibe and chemistry.”

HNM “Mika, if you could be any actor for the day, who would it be?”

MIKA “I’d say Will Smith. I really like the way he carries himself when he’s in public, his character and the presence he has.”

HNM “Going forward, what types of films would you like to be in?”

MIKA “I would really like to be in a thriller or horror film. It’s one of my biggest dreams.”

HNM “If you could try any extreme sport, what would you like to try?”

HNM “And Paul, do you have any special talents that many are not aware of?”

PAUL “Not really… I can do sign language and grew up in the deaf community. I’m not very good at it anymore but I can understand it better than I can sign. I could speak sign language before I could speak English. You have to emote quite a bit and a lot of the context comes from the emotion on your face and how big your signs are.”

HNM “Mika, has your family been able to see the film?”

MIKA “Yes, me, my mom and my little brother watched it last night. They were really proud of my work and told me how good of a job I did.”

HNM “Paul, what will you be working on next?”

PAUL “Nothing at the moment. I took a step back from acting for about a year. I wanted to be near family because I’ve been gone for 10 years. I recently signed with my agent again at Premiere Talent. I’m actually working on some of my own writing and it’s felt great to not worry about audition times or being prepared; it gave me time to focus on the things that I want to express through my voice and I want to continue on that trajectory or until the next audition. I might also decide to go beyond pen to paper and try putting some things on camera.”

HNM “What type of writing are you interested in doing?”

PAUL “Bad writing (laughing). I really like stories with a solid but subtle message, but I also love to be entertained and can watch Fast and Furious all day, so it really depends on the mood I’m in.”

What a great interview with two outstanding actors and possible future screenwriter. I thoroughly enjoyed Indian Road Trip and hope that you will too once it’s available.