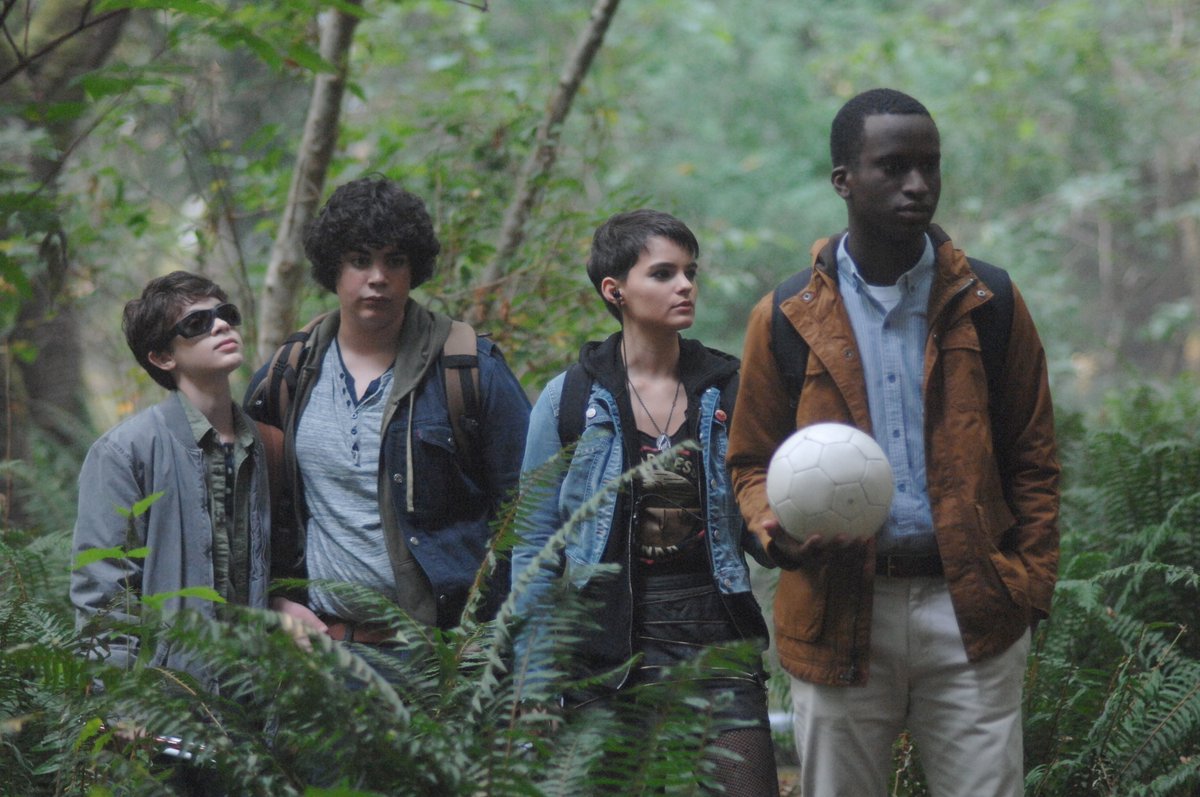 Remember when you were younger and grew up with shows like Different Strokes, The Brady Bunch, Happy Days and The Little Rascals? I could be aging myself. They are the shows I grew up watching with child actors carrying the story. They played out many lessons that guided us through our teen years written by brilliant and creative storytellers. These days there seems to be fewer shows stepping up to fill those shoes.

With the dawn of so many new networks the torch is being passed on and some of those lessons are making their way back to our living rooms with fresh new faces playing them out. One of those new faces you may have seen on your big screen TV is Hunter Dillon. You might know him as Tyler Flaherty in the Holly Hobbie series on Family Channel in Canada starting on January 12th, 2019 airing on weekends at 11:30am et/pt. https://www.family.ca/shows/holly-hobbie/ Hunter is an incredibly versatile actor that has paved a path with some very unique roles and characters. He’s had a recurring role in The Exorcist series on Fox. You can also catch him on AMC/Netflix’s series Dirk Gently Holistic Detective playing the role of young Arnold. In addition to all of that, he also portrays a young Sam Winchester (Jared Padalecki) on The CW’s Supernatural.

We were very fortunate to learn that he was willing to talk to us. This is what we found out…. Hunter was just getting over a cold when we spoke to him.

“I’ve watched your performance on the Hulu series, Holly Hobbie. Can you tell me what the audition process was like?”

“When I first auditioned it was self-taped. After I had read the synopsis and it said my character was the new rebel without a cause I thought of James Dean, so I started watching his films for inspiration. After that I did the self-tape and got some coaching in.  I was really nervous because I wanted the part. When I heard back that they really liked it, it was on a Skype call that went pretty well. I was still nervous. They flew me out to Toronto for a chemistry read with a bunch of other actresses playing other characters and that’s when I actually met Ruby Jay. Back then she had brown hair before dying it blonde. She was full of energy and had a great smile. Being around her really brightens your day.”

“It’s a mixed feeling cause I have the whole baby face going on. In some ways its useful because I have more opportunities but part of me wants to go for older roles because I’m getting older and would like to play more dramatic roles. It’s a mixed feeling right now but I’ll probably settle on something within a few months to a year depending on what comes up.”

“Have you been able to travel much as an actor?”

“The only production I’ve travelled for was Holly Hobbie which was filming in Toronto.”

“How does that work when you need to travel out of town? Do you need a chaperon?”

“I did, I had to bring my mom with me and then she had to head home because she was busy with her own work. I stayed with my Godmother who lives in Toronto and it felt like I was living on my own. It gave me a sense of independence and sometimes I’d just go out and wonder around Toronto to get a sense of the city. My grandmother came to visit and she’s also an actress so we really bonded on set, it was fun.”

“Have you considered doing theatre?”

“I actually started off in theatre with Project Limelight in Vancouver.”

“Do you have a preference between theatre or film?”

“There’s a difference but I think part of me really prefers film. It’s more subtle and there’s more raw emotion and with theatre its more exaggerated and you really need to express yourself to the person sitting way in the back because is bigger. I think I prefer more subtlety over exaggeration. This summer I’m actually going back to theatre in the UK to do some acting classes and study some Shakespeare. I want to book more serious roles as an actor so I booked a few weeks of classes. I’m really looking forward to it.”

“When did you first get the acting bug?”

“I think it started when I was a little kid, I’d dress up and run around. One time, I dressed in all pink and went to pre-school as the Pink Panther. All the parents would laugh. I do believe my love for theatre started when I was 11 and started with Project Limelight. I was the Tin Man in The Wizard of Oz and it was a lot of fun.”

“Have you always wanted to be in films and on the screen or would you say there’s always been a natural performer inside you?”

“It’s a mix, people say they’re natural performers and so am I but there’s always that moment where you’re looking up at a billboard with your name and you feel satisfaction with yourself and you’re really happy. You say ‘wow, I’ve gotten this far and I’m going to keep going and continue to do what I do.’

“What do your parents think about your acting career?”

“They pretty happy and supportive. When I have an audition they always want to know all the details. My grandmother who acts is always excited to hear that I’m working with someone else. She’s been a fan of everything I’ve been in.”

“What types of roles excite you that you’d like to be part of?”

“It kind of depends on the character and if he has a unique characteristic that I’ve found interesting and I’d never done that before. Sometimes its something I know, an intuition or its something about the character that drives me. The character in Holly Hobbie being a rebel without a cause was something that stands out and I could relate to that as being up my alley. I was interested by that.”

“Have you wanted to be anything other than an actor?”

“I actually wanted to be a dentist when I was 6.  I think it was because after an appointment we’d get a little toy to play with. Looking back, that was the only reason.”

“Are there other actors that inspire you that you’d like to work with?”

“There is a few, one is Ewan McGregor, Gary Oldman and Tom Hardy.”

“What’s the best part of being an actor?

“I think it’s the opportunities because people always want to go in different directions and there’s a lot of variety in different roles. It’s meeting new people and the way they act or work, it inspires you to take that bit and add it to your craft.”

“Do students at your school treat you any different and are you recognized?”

“Yeah just a little. It’s more of a joking kind of way, like ‘you’re an actor, haha.’ Most of them are walking around trying to figure out what they want to do. There’s a little envy I suppose because I know what I want to do. It’s not easy sometimes because I’d like to be a teenager and go hang out with my friends but I have to have one or the other, I can’t have both.”

Perhaps it’s the fact that young Hunter Dillon has been acting for many years that he speaks with so much maturity and professionalism. We are going to be following his career closely because we’re certain of another fabulous future feature film interview.