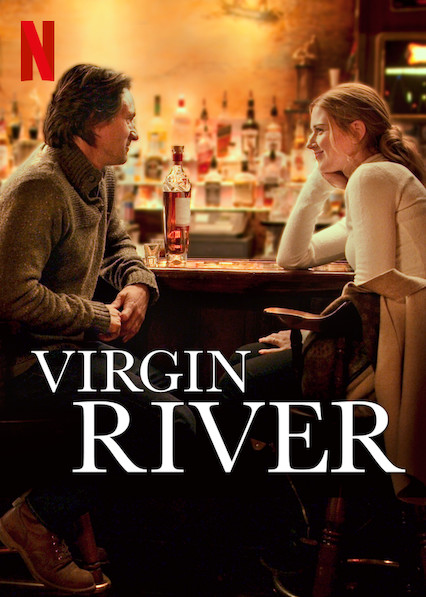 Do you remember being young and dreaming of what you wanted to be when you grew up? For me, I wanted to be a professional wrestler. I had grown up watching wrestling every Saturday night and revered them as super heroes versus villains. Some of my friends wanted to be like their dad and my sisters wanted to grow up to be a princess. Childhood dreams that eventually fade as you get older. I was born in the ‘60’s and it was a simpler time.  I lived in a small town and our colourless television could only receive 2 channels. My childhood consisted of playing outside because there wasn’t much to watch on TV and my friends and I loved to play hide and seek.

When you’re young your influences and aspirations are much easier to find. Such is the case and point of Grayson Gurnsey, a 19 yr. old actor that decided at the age of 4 he wanted to act. Thankfully, his parents not only supported his dreams, they fostered them. Grayson has now been acting over half his life and is in the new Netflix series Virgin River. He won a Joey Award for Lead Actor when he was only 13 for a short entitled, Lord of the Guys, that he also co-wrote. He loves what he does and has dedicated himself to the craft much like any other sought after profession. ‘If you love what you do you’ll never have to work a day in your life.’ Words that we all wish to utter to ourselves but don’t because 90 percent of us are actually unhappy with our careers. Considering the advantages in our country, this is a first world problem and it’s never too late to go after it and fulfill those childhood dreams. After all, you’re the one stirring the ship and your ambition is the fuel.

Grayson Gurnsey’s story is very inspirational and it was a tremendous privilege hearing about its trajectory. We spoke recently and he had some amazing advice that every actor and writer can use.

“You’ve been doing this a long time. Were you inspired at a young age to pursue acting?”

“I started pursuing it at age 4. I really loved the movies, specifically action movies and really wanted to do that. My parents had explained to me that I had to be an actor to do that, so I’ve had my heart set on doing it since the age of 4. It was a Jackie Chan movie but unfortunately I can’t remember which one.”

“I know you have many roots in Calgary. Do you live in Vancouver full time?”

“I had read that your parents were driving you from Calgary to Vancouver for auditions when you were still quite young. They must be so supportive and believe in your acting talent?”

“You’ve been in many great productions already and you’re only 19. Where do you think your tenacity comes from?”

“It definitely comes from all the support of family and friends. They’ve been so fantastic and have pushed me and helped me. I can always find support in my mentors and friends, which really helps because there’re times when I’ll be feeling down. They’ll re-inspire me and every year I’ll find a new reason to keep working and keep the momentum going because sometimes you want to stop. I original started because of Jackie Chan movies and thinking that celebrities made a lot of money, I can do that but those reasons changed and it became more about the art and other times it’s more about entertaining people. I don’t think you can be in this industry for 1 reason; you have to find a new reason every year to keep going and find something interesting about it to keep the motivation going.”

“You’ve have quite an impressive portfolio that reflects your success and ambition, and now you’re in a new Netflix series, Virgin River. How did that happen?”

“I was just finishing up a Lifetime TV movie project when I was requested for the Netflix series by one of the producers on the Lifetime TV project. I was a little surprised I got the part because I thought I’d missed some of the lines in the audition. Two weeks later they called me to offer me the part. I felt so lucky to be part of the series.”

“Was there anything you did to prepare for the role of Ricky in your audition?”

“I didn’t have to do too much really. The character I play is a little bit insecure so when I came onto set, I thought I could play a slightly different version of myself. I felt like he was just a regular guy and very similar to me. He goes through his own insecurities when it comes to girls/life and he’s awkward all the time, so I thought this is just me everyday of the week (laughter). It was a comfortable role, where I could go in and be myself on camera so it wasn’t too hard.”

“Would you rather play a more complicated/challenging character?”

“I love all the stuff but I definitely love playing characters that can challenge me and are unconventional. I also enjoy going onto set and feeling calm and relaxed rather than retreating into myself to ensure I was playing a good character rather than sitting alone in my trailer worrying that I’m doing a bad job. In saying that, I would love to expand my horizons and try some more interesting characters.” “Have you performed in any theatre plays?”

“I haven’t done too much since I was younger. It’s actually one place where I feel my career has been lacking, so I’m thinking maybe in the next year if I have a couple months I’d love to hop onto a production and see where it takes me. I haven’t had an opportunity yet but I hear so many actors talk about it so I’d love to try.”

“What do you like to do on your down time?”

“I’m learning guitar, I do a little singing and I also do Parkour.”

“If you could look 10 years into the future, where do you see yourself?”

“I see myself working a little more closely with production; directing and writing, possibly opening my own production company. I’d like to be working on my own projects or even taking a year off to expand myself and work on a theatre production. I’ve been longing to do it for a while now; it’s a challenge I’ve been looking forward to.”

“Is it difficult being on set all day?”

“No, because every single person on the production is great and every time I’m on set it never feels like I’m working. There were so many people I love hanging out with, so it was super easy. You get to know each others names and it feels like family.”

“Are there any actors out there that would cause you to be nervous to work with?”

“I think Robert De Niro. If I had to work with him I’d have such a hard time getting into character. Something similar happened to me on The Art of Racing in the Rain. The lead actor was Milo Ventimiglia and I’d been following his career since I was 11 in the TV show Heroes. When I found out I got the role and he was the lead I didn’t know what I’d do if I saw him. Luckily, he was such a nice guy and thanked me for being on the production and was just a regular guy after that.”

“I’ve also read that you like to also write in your spare time. Have you had any formal writing education?”

“No, I have a lot of friends who are writers, so I’ll go to them for advice on occasion. I also have a family member who’s a writer too and I’ll go to her and we’ll have open conversations.  For now I really just write in private for myself until it gets better, but no formal training.”

“You have a passion for directing?”

“I’ve only done it once but I definitely enjoyed it and it’s something I see as a challenge. I co-directed with a couple friends a few years ago but the first time I directed my own short was really difficult. I wasn’t surprised it was difficult but I was taken back because I didn’t expect it to be so much work. It was a small production; I only had 1 camera, a boom and 3 actors. Location hunting was challenging but it’s something I could see myself loving in 10 years.”

“What type of writing do you enjoy?”

“I haven’t found a particular style yet so I’ll mess around with comedies. I’ll write a spec script for Brooklyn 99 because it has pre-established characters and I want to try my hand at that writing style. I’ll try that and say, ‘that was ok’ and then I’ll try and write a spec script for Lucifer. I try to improve my writing by doing spec scripts and then I’ll try my hand at something no ones tried before, or try and rewrite a feature that I thought had a weak plot and correct it. I’ll try as many genres as I can but I’ll try my own version of all of them.  Half way through writing my Brooklyn 99 spec script I had the idea of writing my own sitcom with completely new characters and plots. I do that to see what genre I work best at.”

At 19 Grayson Gurnsey has already accumulated a long list of productions under his belt. He’s an inspiration for others to follow your dreams, whatever they may be…