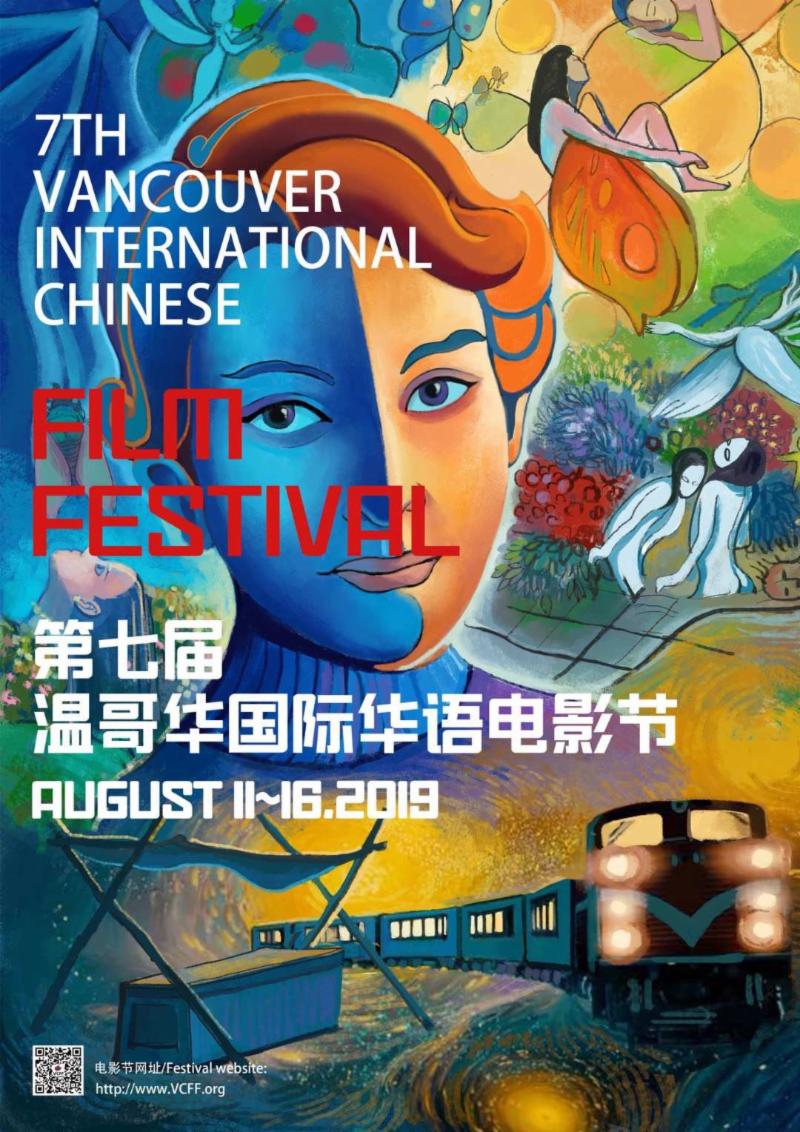 I’ve been to many film festivals over the last few years and each one has a particular brand/flavour attached to it. The Vancouver Chinese Film Festival also has is very unique and in it’s 7th year. For Vancouver’s Chinese community, it is a homecoming. The festivals creator is Christine Song and she told me why she wanted to bring this festival to Vancouver. She has always had an interest in film but was led to believe that films and filmmaking was not a viable career. She decided not to listen to the naysayers and follow her passion. This was the birth of the VCFF.

After accepting an invitation for an interview, Christine met me to discuss the highs and lows of running this fine oiled machine.

“This is the seventh year of this festival. How did it begin?”

“Our first festival was in 2013, which collaborated with the Beijing College Student Film Festival in China. The following year we held it in Vancouver and I invited them over. They brought 2 films with them. At that time there was no place for Chinese people to watch films from their motherland in their mother language. I held the festival for the week and played the films. The Chinese community was so excited to see the films and some of them began to cry when they would see their village or a familiar bridge. Many have not been home in 30 years. They loved the festival and every year I try to do more. I graduated from Vancouver Film School 10 years ago for business and am very passionate about films. When I was younger I wanted to make films but my family wasn’t supportive of the idea. My parents thought it would be hard to make a living. After film school I applied to a couple productions and didn’t get accepted. I’m not sure why, maybe because I don’t know anything about the union and that it’s very hard to get a job in the industry. I ended up getting a job at the YVR airport in Guest Services for 3 ½ years. I kept dreaming about films until one day when I realized I needed to get involved with films now or I may never get to live out my dream. I quit my job and began forming the film festival. It was very difficult because there was no government support; it was founded through self-financing and with help from my family. I started inviting filmmakers to Vancouver to screen their films because at that time there were Latin/American Film festivals but no Chinese film festival.”

“How has the festival evolved throughout the years?”

“The first two years were very hard and even now it’s still very hard. In the beginning I had to do everything myself. I would send emails to directors to invite them here and pay for airfare and hotel accommodations. I wanted to help local filmmakers create relationships with other Chinese filmmakers. In the third year I teamed up with Paul Armstrong and we developed a program together to send 5 Canadian film students to China to make 5 short films. I was the representative of the program and Paul was the executive producer. Once the filmmakers returned we began to become better known because we screened all the films at the festival. We invited the press and more local filmmakers.  The audience loved the films and wanted to see more. Our audience has grown and it’s become an annual event that attracts not just the Chinese community but all communities.”

“Do you screen mostly films shot in China?”

“It doesn’t have to be filmed in China. Our main target was bringing films with the actor/writer as Asian or if the language is in Mandarin or Cantonese. Films submitted must have the language in Chinese or the director/crew must be Chinese.’

“How many films can we expect to see?”

“We received 1000 films this year and over 200 are nominated in different categories. We have collaborated with the South West University this year and had a short film presentation in China where we screened a large part of the films. We will screen between 10-20 films here in the category of feature, documentary, short film, experimental and adaptation. Those films can be seen at the Vancouver Film School and at the Celluloid Social Club throughout the week. There is also a demand from students to watch more films so the SFU and UBC student union have been requesting more films for their international students to watch. So the film screenings are already going on and will continue throughout the year.”

“How many award categories would you have in the festival?”

“We have an award called the Maple Leaf Award. I want to link China and Canada together. I want every filmmaker to bring back an award to China that’s been given from Canada. We have categories in drama, documentary, short, animation and we have a new talent category. We even have a multi-cultural category; so if the film is from another country in another language we want to see it. Although it’s a Chinese film festival we realize that Vancouver is a multi-cultural city and we welcome multi-cultural films.”

“Have you had many sponsors supporting the event?”

“We really don’t have any sponsors yet. Paul Armstrong and his team have been very supportive. He has been helping us for the last 4 years. I appreciate his help so much.”

“Do you make films yourself?”

“I don’t but my husband does. He has a production company in China that he’s recently started. He used to work in advertising and had an advertising company that produced commercials for radio and is related to film. He’s just started but already has many connections and we are bringing Canadian filmmakers back to China this year! We take them to 2 locations to make documentaries, the southwest part of China to the northwest part of China, so they can experience different cities and to immerse them in the culture. We will then meet back in the middle of central China, Chongqing. I am the Canadian representative and my first home is in Chongqing and is still my second home. It is one of the 4 major cities. We only bring up the directors and supply them with camera gear and a film crew consisting of camera operators, AD, Cinematographer, Producer and everything else they might need. We divide them into 5-10 groups and each director will tell one story. We also supply accommodations for them. Each director will be provided a guide to bring them to different locations and interview the local people on the street before creating their story.” Christine was considerate enough to show me some remarkable reference videos that looked stunning with beautiful cinematography.

“How long will each film be?”

“We want to turn this into a TV show with 10 minute films and the directors will be taken all over China from city to city and countryside to countryside. Every location will have different foods and different experiences. We’d like to shoot over 2 months of footage, as long as the budget allows us.”

“Have you ever wanted to produce films?”

“I used to want to be a producer and was a PA for awhile and learned a lot. I will start with this documentary. We will try to sell it to Netflix or another network to recoup some finances. We are not sure what type of audience it would have or how many Caucasians will watch it but we are trying our best to research different sites. We’re looking for platform and collaboration. ”

“Do you have to do all the bookings yourself?”

“Yes, I am a very organized person and like to take care of the details. I enjoy it and it’s really what I majored in when I was in school.”

Christine adds, “This film festival is my baby but I didn’t create it just for me, it’s for everybody. None of us will live forever but I hope this film festival will. I have an incredibly supportive team with some younger generations getting involved and everyone is very supportive.

Having attended part of the VCFF, I can attest to the well organized event and suggest that you go take it in. When I was watching a film at the venue I could see so many faces in the audience light up with excitement and emotion. Christine Song has made a difference in their lives and she is building a bridge between cultures so that we can create co-productions and build lasting relationships.