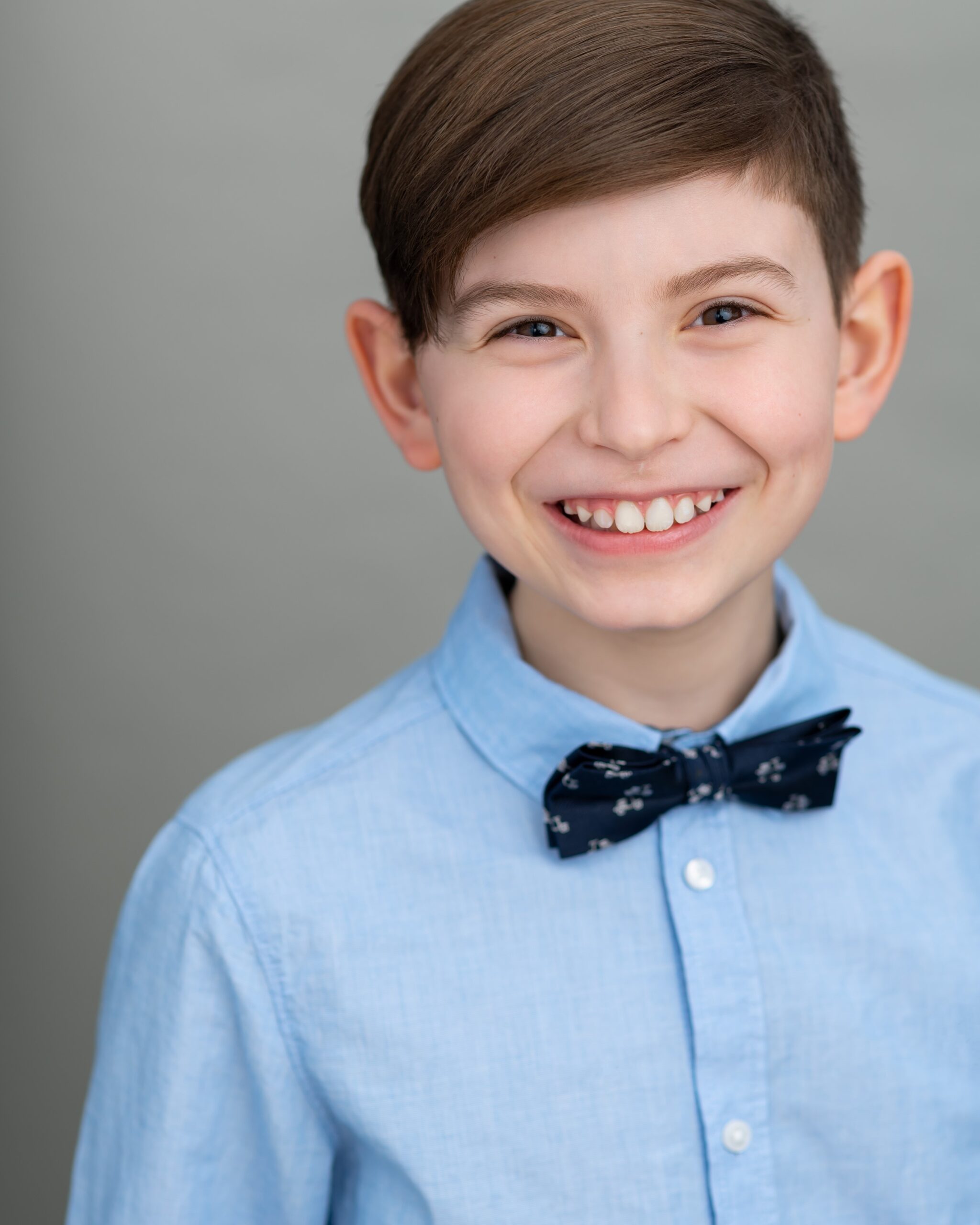 When you consider all of the great actors that brought you some of your favourite films, you have to give thanks to many child actors. Home Alone, The Sixth Sense, Pay It Forward, Room, Harry Potter, Chucky… that was an actor, wasn’t it? The list is much longer than my arm and I think they deserve their own Child Academy Awards show, right? To be able to balance your earliest years of education, while making a blockbuster film is no easy task, so they are certainly owed an extra round of applause for carrying the load at such a young age. It is difficult to make a family friendly film without children.

One young rising star and child actor is 10 yr. old, Benjamin Jacobson. He was in his first commercial at 5 yrs. old and he’s been in multiple productions in the 5 years to follow. Now 10, his voice has been representing a young dinosaur in the Gigantosaurus series for 3 seasons. The series is a French-Canadian CGI animated preschool, created by Franck Salomé, Nicolas Sedel, Fernando Worcel and directed by Olivier Lelardoux. The series is based on the book by Jonny Duddle and premiered on January 18, 2019 on the Disney Channel as part of the Disney Junior block. The third season had its premiere this past August.

At only 10 years of age, Benjamin Jacobson has been nominated for Best Voice Performance in the series, Gigantosaurus ahead of the UBCP/ACTRA awards, recently held on November 20th. Benjamin is a pro with mad acting chops and he’s always pushing the bar higher. He loves to act, to sing and he plays many instruments. I was quite impressed by young Jacobson, as he described blocking on a set. He truly loves what he’s doing and it’s not surprising that he’s being recognized for his talent, his hard work and dedication to the craft.

Other Benjamin’s notable voice performances include Pup Academy, The Babysitters Club and Dinosaur Train. I reached young and savvy talking Benjamin through the magic of Zoom. He was a pro at interviews. Roll the tape!

HNMAG “Congratulations on being nominated for Best voice performance in the series Gigantosaurus. It must take a lot of hard work to get nominated.”

BENJAMIN “It’s a lot of work but it’s super fun.”

HNMAG “Are you allowed your favourite snack when you’re in the studio?”

BENJAMIN “About the only thing I digest in there is water. I don’t know why, but I really like water.”

HNMAG “It’s been a while since I read a children’s book. Can you tell me about this series and your character?”

BENJAMIN “(Benjamin retrieves the Gigantosaurus book) I have the book that it’s based on. It’s about 4 young dinosaurs that are 7-8 yrs. old that have fun living in Cretacia (fictional town), it takes place in the Cretaceous era. My character is a 4 yr. old dinosaur that looks up to the other dinosaurs so much. He tries to be like them but doesn’t always get it right. He ends up somewhere he doesn’t want to be.”

HNMAG “Do you disguise your voice when you’re doing voice over work?”

BENJAMIN “I just use my normal voice. When I got the part, I was 6 or 7 years old. I never had to come up with another voice.”

HNMAG “How long would a typical day last?”

BENJAMIN “It depends, with Gigantosaurus it can be 50 minutes but sometimes it can be 1 ½ hours. I’ve done other shows where it’s been 2-4 hours. It all depends on the lines and how many opinions there are on the line.”

HNMAG “Is it difficult to do voice over work and go to school?”

BENJAMIN “Not really, voice is very flexible for me. I might miss a tiny bit of school but it’s usually at lunch or right after school, so I might only miss about 10 minutes of school, which is really just wrapping up and packing your bag and things.”

HNMAG “Do the kids in your class know you’re an actor?”

BENJAMIN “Yes, and there’s a couple of actors in my grade but we don’t talk about acting at school. I prefer to keep it separate.”

HNMAG “How old were you when you started acting?”

BENJAMIN “I didn’t do my first professional performance until I was 5. A week after I got my agent, my front tooth had to get pulled. I looked 7 instead of 5. It was a blueberry commercial and I got to eat a lot of pancakes.” 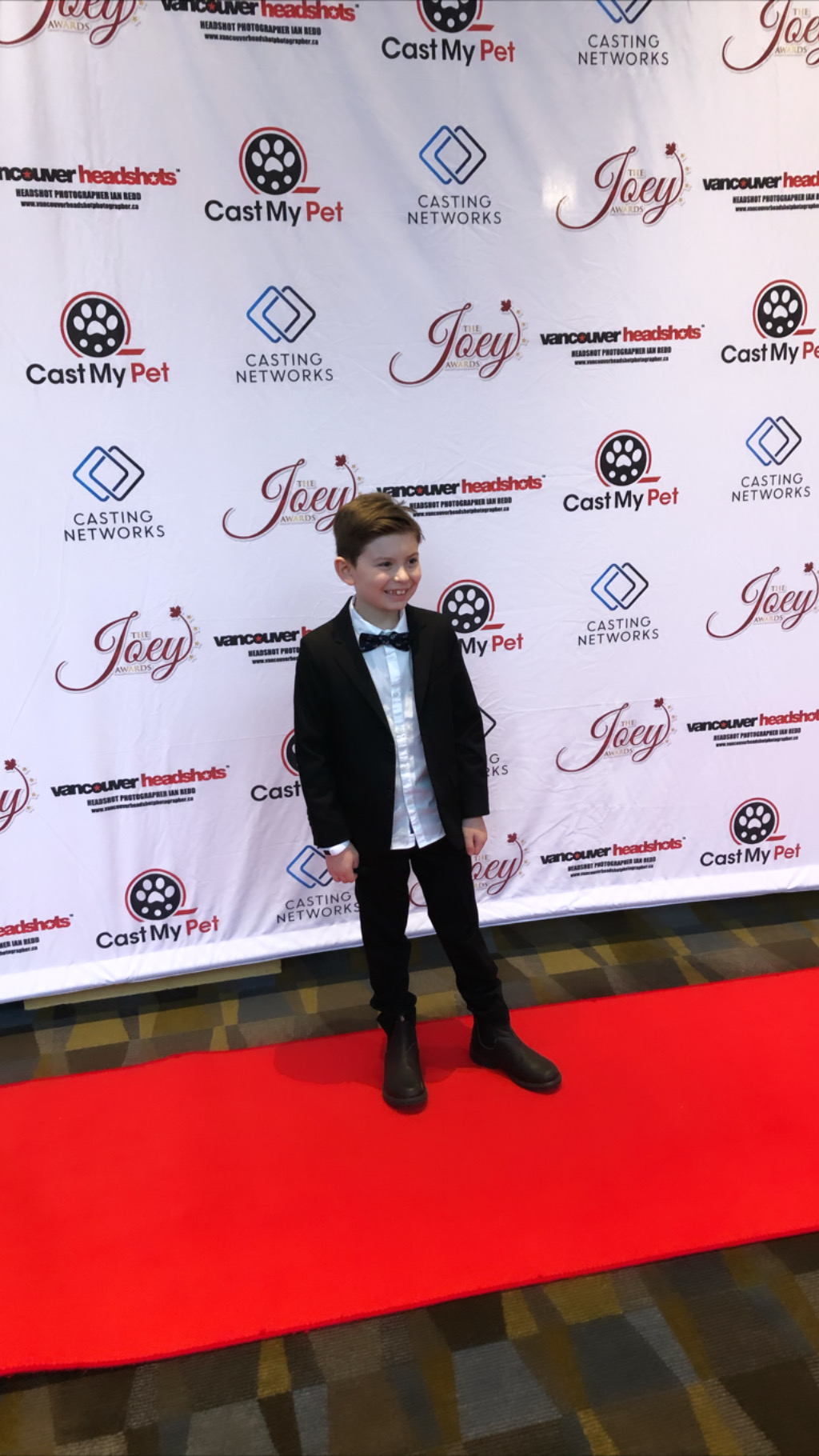 HNMAG “What type of food would you love to be eating in a commercial if it was your choice?”

BENJAMIN “Pasta! Any type of pasta basically. My favourite food is pasta and ice cream.”

HNMAG “Is there any actors that you dream of working with in a movie or studio?”

BENJAMIN “When I was younger, I always wanted to be in something with Tom Hanks. I think it was the fact that I had learned he was Woody or that I really loved Toy Story.”

HNMAG “If you could imagine yourself at 15 yrs. old, what do you see yourself doing as an actor?”

BENJAMIN “Being in a PIXAR movie, which has always been my dream. Either that or a show/movie that’s a musical and I get to sing.”

HNMAG “What type of music do you like to sing?”

BENJAMIN “Basically everything, even some country music. I really like that song, ‘Wake Me Up’ by Avicii and Aloe Blacc.”

HNMAG “Do you play any instruments?”

BENJAMIN “Yes, I play the piano, the saxophone, recorder and of course, my singing.” 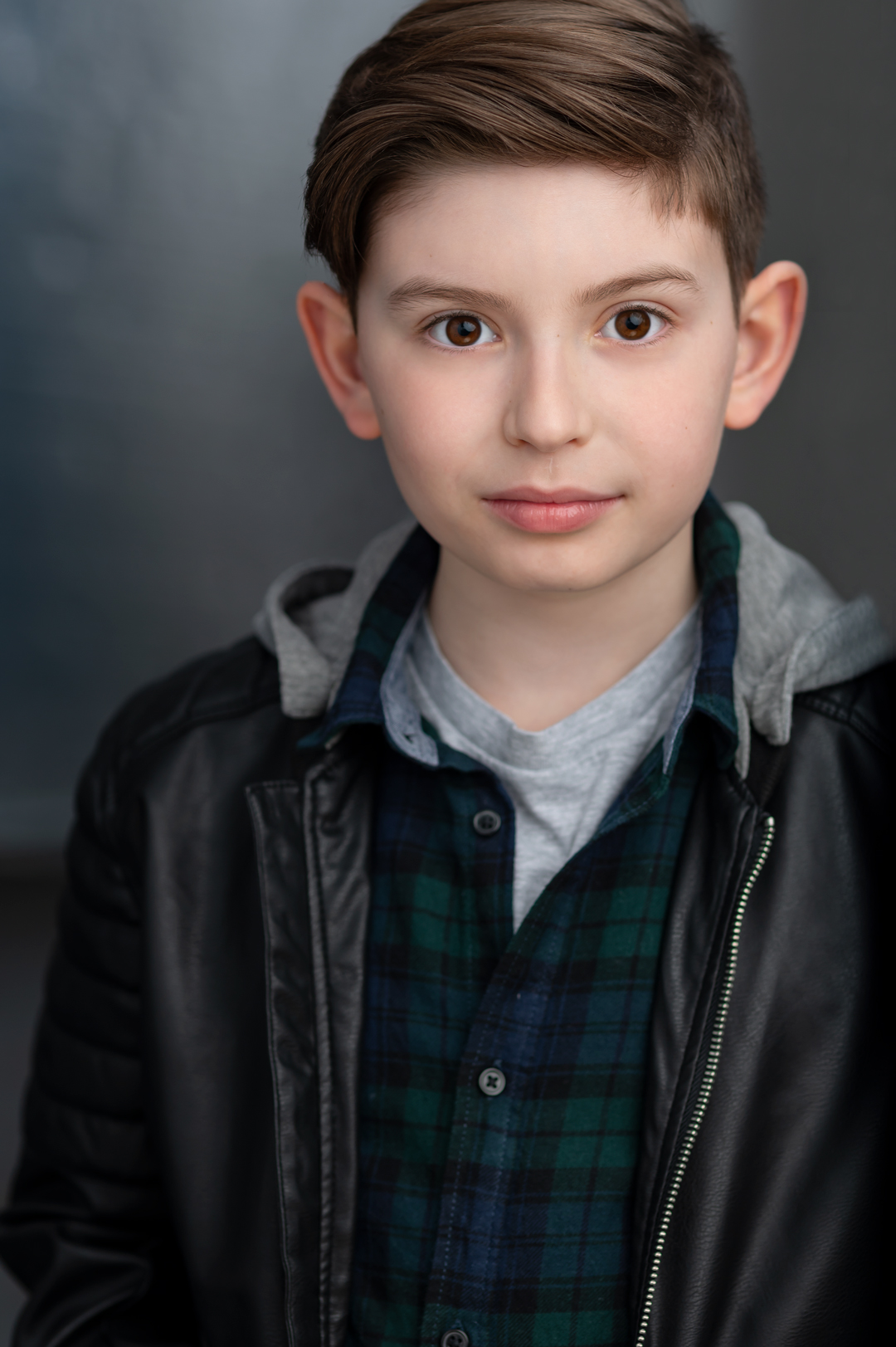 Kids are remarkably talented and Benjamin Jacobson is building a reputation as the performer you want in your next family friendly film. He’s passionate about music, singing and acting, he’s always wanted to be in a musical and his ambition is always recharging. I know we’ll be seeing much more of Benjamin and we wish him the very best in his continued success.