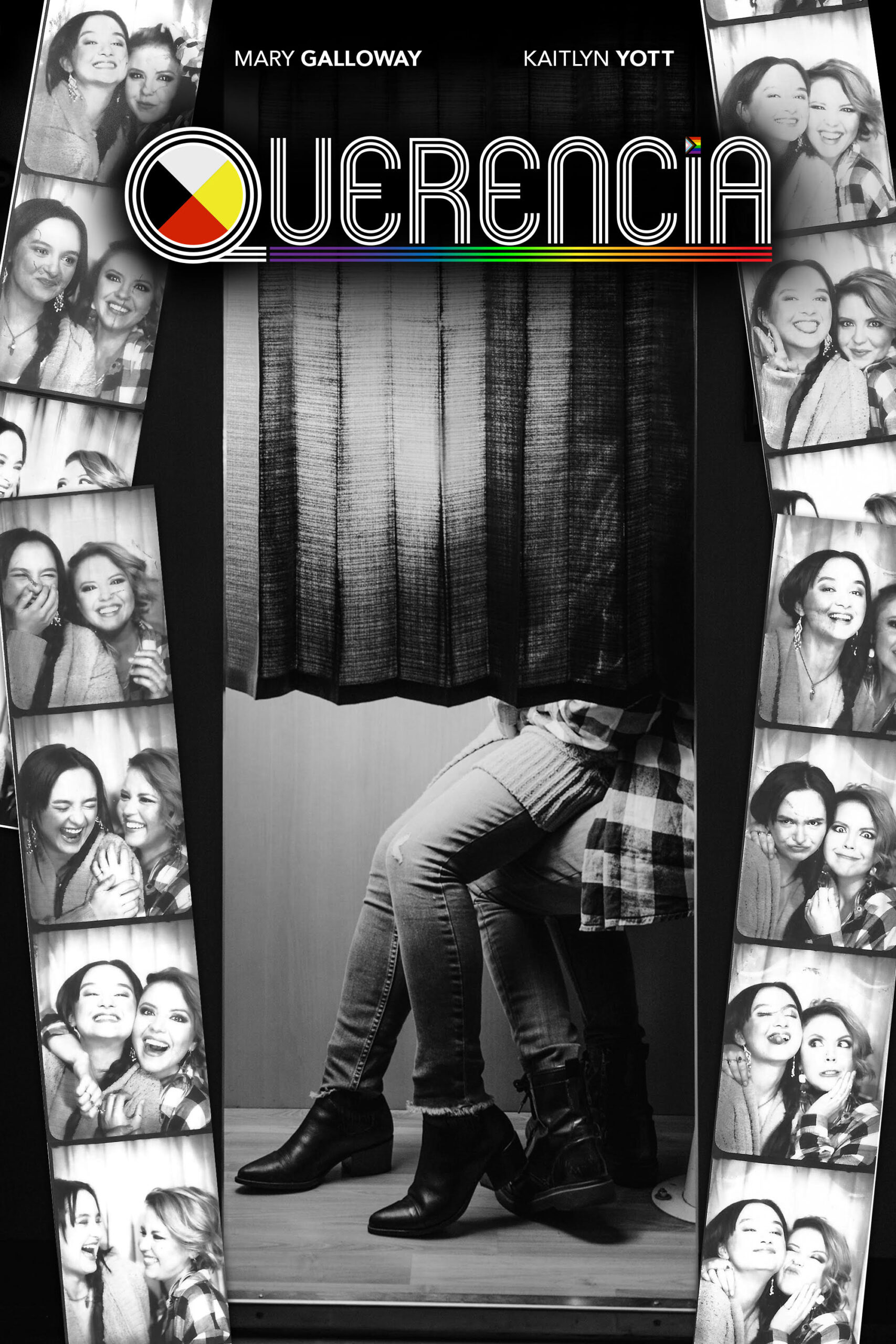 In the film industry, there are a lot of stories being told. While most of them are generic, and predictable, a lot of them tell compelling stories that we never really get to see and want to. Some people think there’s never any movies about Indigenous people, and I see a lot of those, but never enough. Or even films that reach out to the Queer community. The creeps only like to make a scene at the sight of those, but I boldly applaud those kinds of films because as per usual, there’s not enough of them. Probably because of the creeps. Anyways, here’s something I don’t think I or anyone else has seen so far: An Indigiqueer Series. Querencia is a bold new idea made by Mary Galloway who wrote, and even acted in this rare gem. A coming of age story about two Indigenous women who look into their identities, upbringings, and come across many interesting happenings. I spoke to Mary about it, and she gave me quite some fantastic details.

HNMAG: This series focuses on two very important subjects, Indigenous Women and Romance between Women. How did you come up with an entire series about two big subjects?

Mary Galloway: I myself am an Indigiqueer woman, and at the time when I was writing it, I was sort of at an impasse in my life anyway where I had just gotten fired from a job that was going to be my dream-job, it didn’t go so well. I had also been broken up with, and I moved to a new city and felt so alone and vulnerable. My best friend at the time said it would be a good time for me to focus on something that I wanted to do. So I sat down and thought, “What is something that I myself, an Indigiqueer woman wished I had?” and other thoughts. Querencia was born and it was just two or three of the subject matters, Indigenous, Queer, and Female-centred. I like to pave roads for those communities and let their stories be heard.

HNMAG: So does writing help you calm down? What other activities do you do?

Mary Galloway: It’s definitely a form of therapy to express myself through my art. When I act, it’s always a way for me to express myself and live out some things that I normally wouldn’t do as myself. Writing is a great way for me to spark ideas and concepts from nothing. Directing is like you’re steering a boat, you get to bring it to life, and I also love doing anything kind of crafty. Painting, knitting, crocheting, sewing, I’m starting to learn beading, but I’m not great at it. I also love to garden and cook, I’m vegan so I’m exploring new flavours and recipes and all that stuff is a really creative outlet for me as well.

HNMAG: I understand love stories can sometimes be complex, so was it difficult to write this series sometimes?

Mary Galloway: For sure. Definitely one of the challenges was telling this love story authentically with a balance of highs and lows. Ultimately I want my stories to be uplifting and feel-good, but there has to be trying times, there has to be peaks and valleys. It was challenging to figure out where, and when, and how to hit those darker moments and the harder beats, trying not to re-traumatize our community.

HNMAG: Do you feel Querencia will provide a message to a lot more than just the communities represented?

Mary Galloway: I think that this will bridge the gap between a lot of the different communities because it is digestible for people who aren’t in this circle. I think it can be a great way for the non-queer, the non-indigenous, the non-female worlds to get to enjoy those communities and not feel like we’re hating on people.

HNMAG: Why did you decide to make Querencia as a web series instead of a feature or short film?

Mary Galloway: For me, the career trajectory is ideally to write for television and to create my own linear shows. The web format is very enticing to dabble in more than tv or feature films. It’s the best of both worlds, I didn’t have to sell it to a big production company to get it created. I was able to dabble in television format without having to get there.

HNMAG: Is it similar to other content you have made in the past?

Mary Galloway: I would say that it’s similar, there’s a through line with my stuff. A recurring message of identity and belonging and community. Everything’s very different though. My first short film, I wrote and acted in, I didn’t direct it. It was kind of a fantasy drama, called Ariel Unraveling. The next short I wrote and directed, I acted in it as well. That was a 70’s drama, so it was super different. Both sort of had family themes. My latest short, Spirit Glitch, was kind of sci-fi but it was all female led and dealing with identity. It mainly focused on BIPOC identity and queer identity. 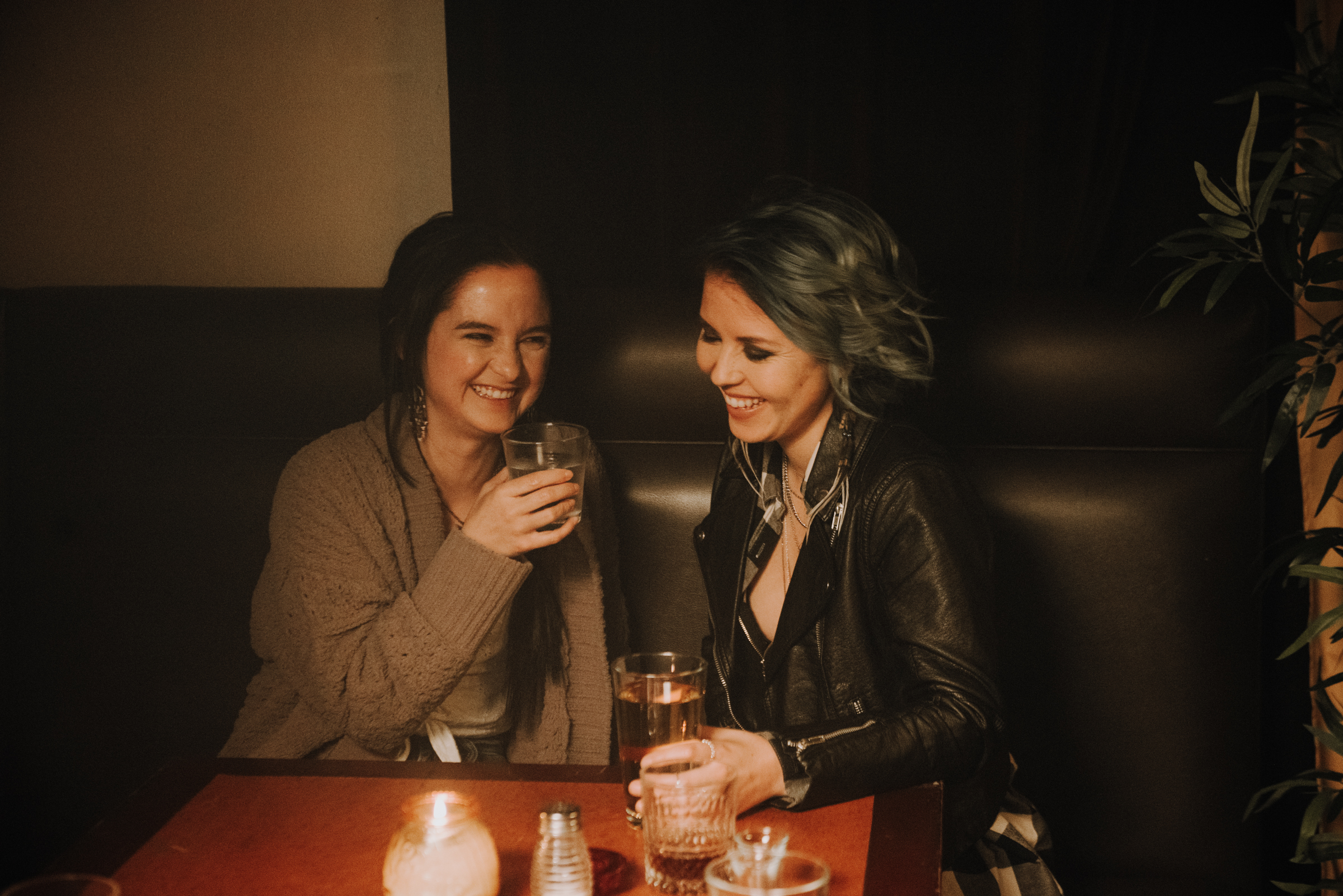 HNMAG: What is the experience like directing and acting at the same time?

Mary Galloway: It’s super challenging, but in all the right ways. I feel like when I’m directing and acting, it’s this incredible zone I feel like I tune into. I kind of have my own way of jumping from one hat to the other. I have my team that I trust heavily on in setting out for what we plan to do. It’s super challenging but it’s the most invigorating feeling I’ve ever had.

HNMAG: Now how did you choose who was going to take on the roles? What was the casting process like?

Mary Galloway: That was SO extensive, we put out casting calls online and we opened up almost every single character to be any ethnicity, any gender, any age almost, with the exception of my character’s love interest. Daka. Daka was actually pretty hard to find, we weren’t getting anyone quite right for it. Like someone was Indigenous, but they weren’t queer. We wanted to cast an Indigiqueer person and there’s not a lot of Indigenous trained actors in their mid-to-late 20’s. There IS a few, but I had to look far and wide for them. We finally got Kaitlyn Yott , I felt in my bones she was perfect so we had her do a callback. She’s such a delight to work with. Being an actor myself, I feel like I can benefit as a director because I can speak the actor language. But it was hard, there were so many submissions, I had to look through HOURS of self-tapes with my friend Jenny.

HNMAG: How many crew members did you have?

Mary Galloway: We had around 30, not all were on set, some worked remotely. On the last few days of filming, Vancouver went into Code-Red lockdown. We had to send home half of our crew because we couldn’t have so many people in one room. But we got it done.

HNMAG: And what kind of camera equipment was used on set?

Mary Galloway: We used the Alexa Mini and our camera package was sponsored by Kezlo Camera who have been very supportive of my career from the get-go. I know I can always turn to them and get a really good discount along with support.

HNMAG: And I understand Querencia production started before COVID and then progressed during production. Was some of the work slowed down because of that?

Mary Galloway: Oh, YEAH. We had planned to film this in early 2020 and as of COVID it got pushed by quite a few months. But it did give me time to really work the scripts out. We pitched the first 5 episodes and they were like 5 minutes each but now they’re 10 minutes each, and there’s 8 episodes total. We quadrupled the season throughout that time. COVID put a BIG halt on production, but in the long run, it worked out.

HNMAG: Just how long was pre-production?

Mary Galloway: We pitched at Imaginative Film Festival in November 2019 and we got the funding. We then applied to Telefilm, then Talent to Watch shortly after. It’s been about 2 years from the start of really writing it to releasing.

HNMAG: You really got quite a lot of support in funding and companies, has it helped to provide more opportunities for the series?

Mary Galloway: Yeah, a 100%. It’s amazing how the Vancouver film community as well as the Canadian film community has just gone up for us time and time again. It’s clearly a story that the film industry has been hungering for and it has never been an issue to get support. Every time we’ve asked for it, we’ve gotten it which is pretty amazing. It just goes to show we need that representation on screen.

HNMAG: And do you plan to possibly make Querencia into a feature in the future or do you have plans for different projects?

Mary Galloway: I have a different story that I’m writing as my first feature, but I have about a million ideas for Daka and Abe to go on lots of journeys together. My dream is to turn it into a television series and I do see the story continuing on. There are a couple things I’ve teased at the end of Season 1 that will go towards Season 2 which I’ve already started brainstorming.

An interesting series that’s sure to become even more. Keep an eye out for Querencia as it could be coming out real soon. You never know. 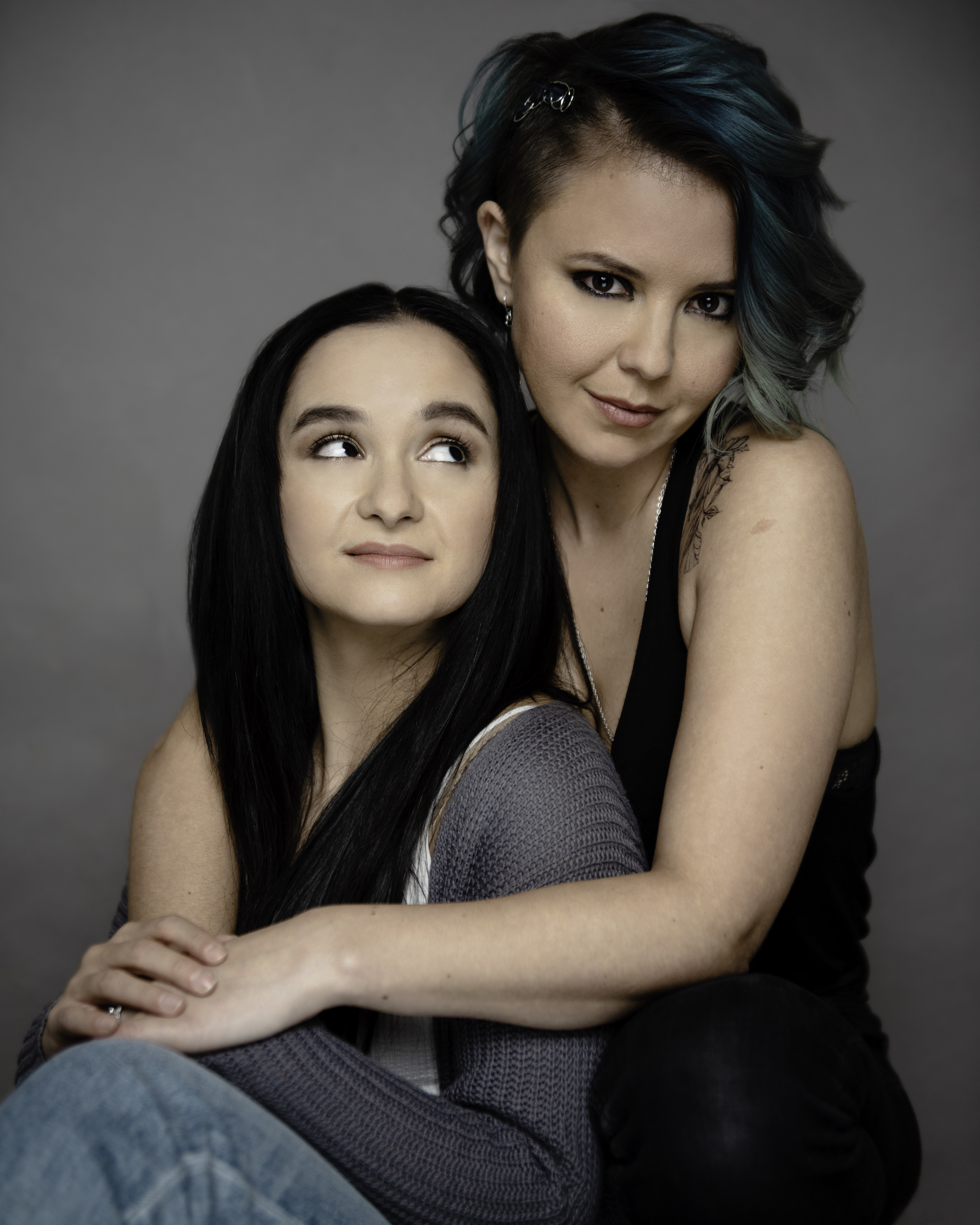