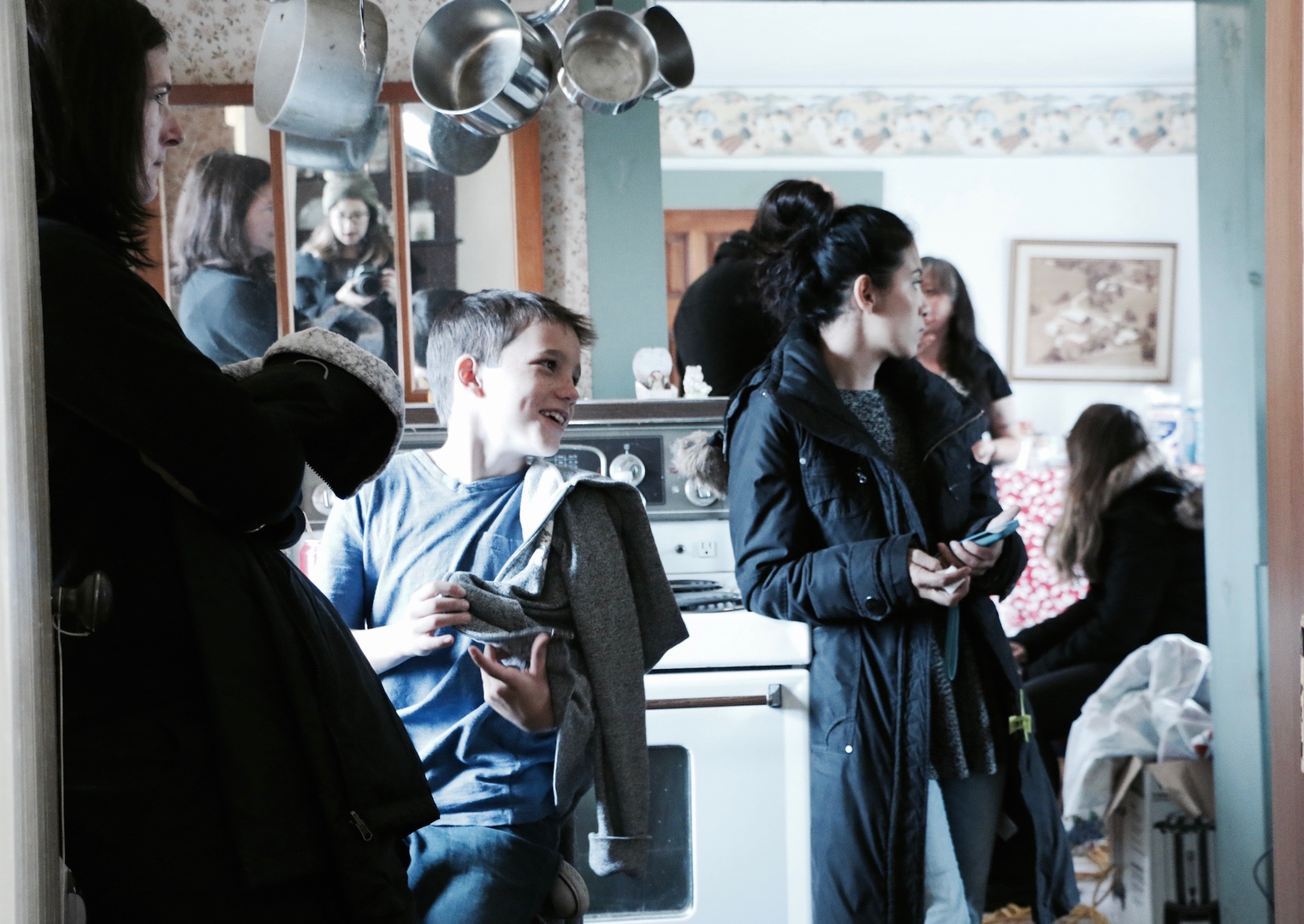 Female filmmakers. Female crews. Female Directors. What can they do? Absolutely anything and everything in the film industry. Lella Satie got a crew together to make a short film with an artistic viewpoint through the vision of a little boy as he experiences something anyone would find unsettling at a young age –  a dysfunctional family and the only way to escape safely is with imagination in a special place. The whole movie is a fantastic journey as so was the process of getting it filmed.

HNMAG: What was the experience like shooting your short film?

Lella Satie: It was really amazing despite any challenges we might’ve come across, because I had a great team. I’m really happy that all the people I asked to film… It was a great experience.

HNMAG: What kind of challenges were there during the shoot?

Lella Satie: At the beginning with finding some locations, and then when we did find the locations, they were just perfect for the film. Then the challenge was trying to finish the day’s shoot, catching the daylight, and sometimes my assistant director had to tell me to get a move on because we had to stay on schedule. Anything that did went wrong, our producer Alona Metzer made something that would overcome anything that we came across, but I don’t think we had any major issues.

HNMAG: Where did the idea for Father come from?

Lella Satie: It started with me thinking about a character that I wanted to play. And when I was writing the film, I was writing it for myself. And I thought I was going to get another director to direct me in this short film. My ideas usually come as feelings or images. When I started writing the story almost unfolded on its own and I was expressing a real life story, filtering my feelings through it. Then when I finished the script, that’s when I realized my vision was much stronger than I wanted to play this character. That’s when I started thinking, “Oh my God, I have to direct this.”

HNMAG: How was the film financed?

HNMAG: How were the locations found?

Lella Satie: Our producer had a client who had a mansion and the other two locations, her and I just got in a car one day and drove around the city. We found a church that was very creative. There was grass cut in a maze-looking shape. And then another location which was a house, we found that through one of our crew members. But actually, the house that we thought we were getting, wasn’t the house that we thought, as the family had two houses. One was the front house, and the other was behind in the field, and that house belonged to their mother until she went to the hospital, so that house was vacant for two years. But when we checked it out, it looked like everything was still intact, except for the spiderwebs which we had to clean up. So we just had to rearrange the furniture a little bit.

HNMAG: How did the auditions go?

Lella Satie: I posted the auditions on several sites, and the first was the female lead. There was a lot of women that auditioned, and a few of them were really good. It was down to two and we chose Mandy May Cheetham because she really stood out and she had something special to her character. Then we cast the young boy and we had a lot of boys who were interested in this role. Some of them were trained actors, but then Nathan Bellinger was just a natural talent. Even in the audition, he gave a great emotional performance as well as in the production. Then our male lead, we looked at many actors and thought we’d have to fly an actor in from LA. Finally we reached out to an agent, and she got one of her clients, Colin Price to audition and he got the part.

HNMAG: What other plans do you have after the film?

Lella Satie: I’m actually in the process of writing a feature, and there will be something from the short film established more in the future.