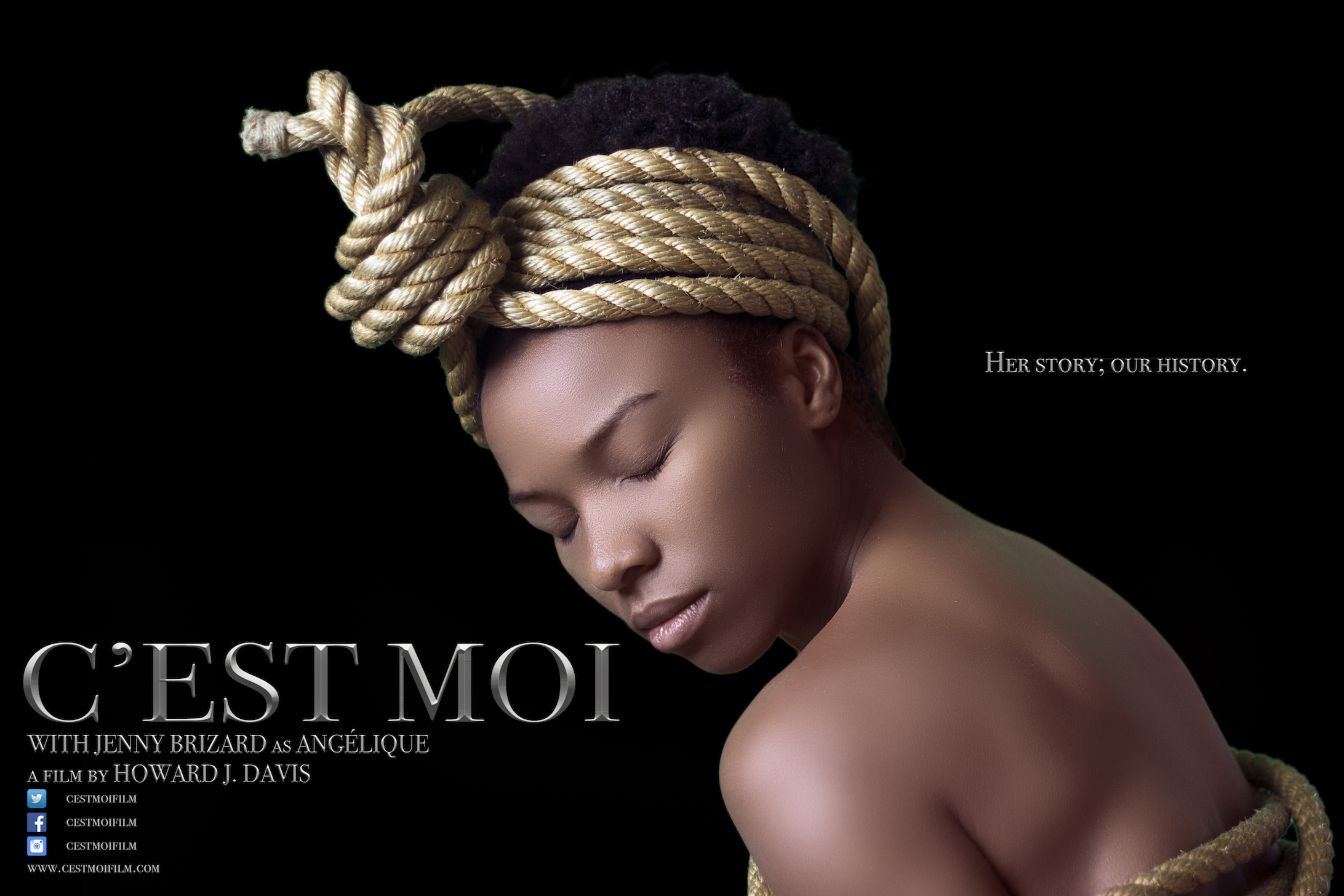 Racial issues are still pretty big issue throughout the world, even in Montreal. Recently, filmmaker Howard J. Davis found the best way to address this problem is by making a film that focuses on the issue, by dwelling deep into the past when slavery was a huge matter, and a young woman had to escape it to gain her freedom. But just how many people know about a story like this? Well, it seems that many people are just about to find out very soon and it is going to be artistically impressive. Marie-Josèphe Angélique did what she could to fight against slavery and now her story is being told in a powerful film. So I asked Howard J. Davis a few questions about the film and he was able to provide some very fantastic details about what went into making this movie.

HNMAG: What was the experience like shooting the film?

Davis: The experience of shooting C’est Moi has been one of the most definitive moments of my creative career. Shooting in beautiful Montréal, during preparations for its 375th birthday, allowed me the opportunity to examine and deconstruct what it means to restore our cities through our history. Unearthing an important story from Canadian history and staging it in modern day Montréal allowed me to pose important questions about our past, honestly and openly. Rather than look at our history through rose tinted glasses, the film looks at the parts that are brushed over or kept hidden.

HNMAG: Where did the subject for this film come from?

Davis: The subject came from an exploration of my heritage. As a mixed race man and the “love child” of a huge discourse in racial history, my curiosity started in studies of pre-colonial African history at Ryerson University. Reading about the African Diaspora led me to Canada’s involvement in the story of slavery. In 1734, a black slave was tried, tortured and executed for burning down the city of Montréal. Some say she was a scapegoat and racially discriminated for a crime she did not commit; while others hold her up as a symbol of rebellion against white colonization. Marie-Josèphe Angélique’s history is unfortunately one that does not come up in many documentations and that was a huge trigger in wanting to tell her story. Also the silent film from 1928 The Passion of Jeanne D’Arc by Carl Theodor Dreyer was a influence for my film C’est Moi. It allowed me to draw a parallel between Joan of Arc and Angélique as a martyr against slavery.

Davis: Former Artistic Director of Tableau D’Hôte Theatre Company in Montréal, Mike Payette, was an important resource on the production of this film. He put me in contact with Jenny Brizard, a native Montréal actress and dancer. Jenny will be playing Marie-Josèphe Angélique in the stage adaptation of the same history entitled Angélique by Lorena Gale in February of 2017. Jenny brought intelligence, beauty and great spirit to the role. She was open to discussing the character, and immediately jumped on board for what I had to say about Angélique being a target for blame and labelled the “scapegoat” regarding the Montréal fire of 1734.

HNMAG: How was the film financed?

Davis: The production side of the film was financed personally by myself and my very supportive partner. Upon completion of post-production we built an Indiegogo campaign, reached out to colleagues and family who helped raise enough money towards submission fees for film festival entries across Canada, and internationally. The indiegogo campaign was an enormous success and we exceeded our goal by 140%.

HNMAG: What kind of equipment was used and how many crew-members were there?

Davis: The film was shot on a Canon Series DSLR camera. I shot the film myself on location which allowed for extreme focus on set and also allowed for sharp and intimate camera techniques and shots for the film. I also edited the film and wrote the music.

HNMAG: How much preparation was put into the film?

Davis: The film was conceived in my first year at University in 2008. The project has taken many forms from a stage solo show, to a movement piece, to a musical and finally to this realization. I shot the film in Montréal for the month of September 2016 and post-production in the fall.

HNMAG: Are there any other plans such as a sequel?

Davis: Currently there are no plans for a sequel, however, it is a goal of mine to tell more stories in the vein of Angélique, particularly regarding women who are survivors of oppression and not yet at the forefront of our history. I am glad to be another voice that has honoured Angélique’s struggles and brought light to this difficult history and her legacy. Lorena Gale’s play Angélique will be staged in February of 2017 in Montréal by Black Theatre Workshop a co-production with Tableau D’Hôte Theatre. I am in discussion currently about being involved. I want to continue bridging my craft in film and theatre as I believe both mediums inform one another.