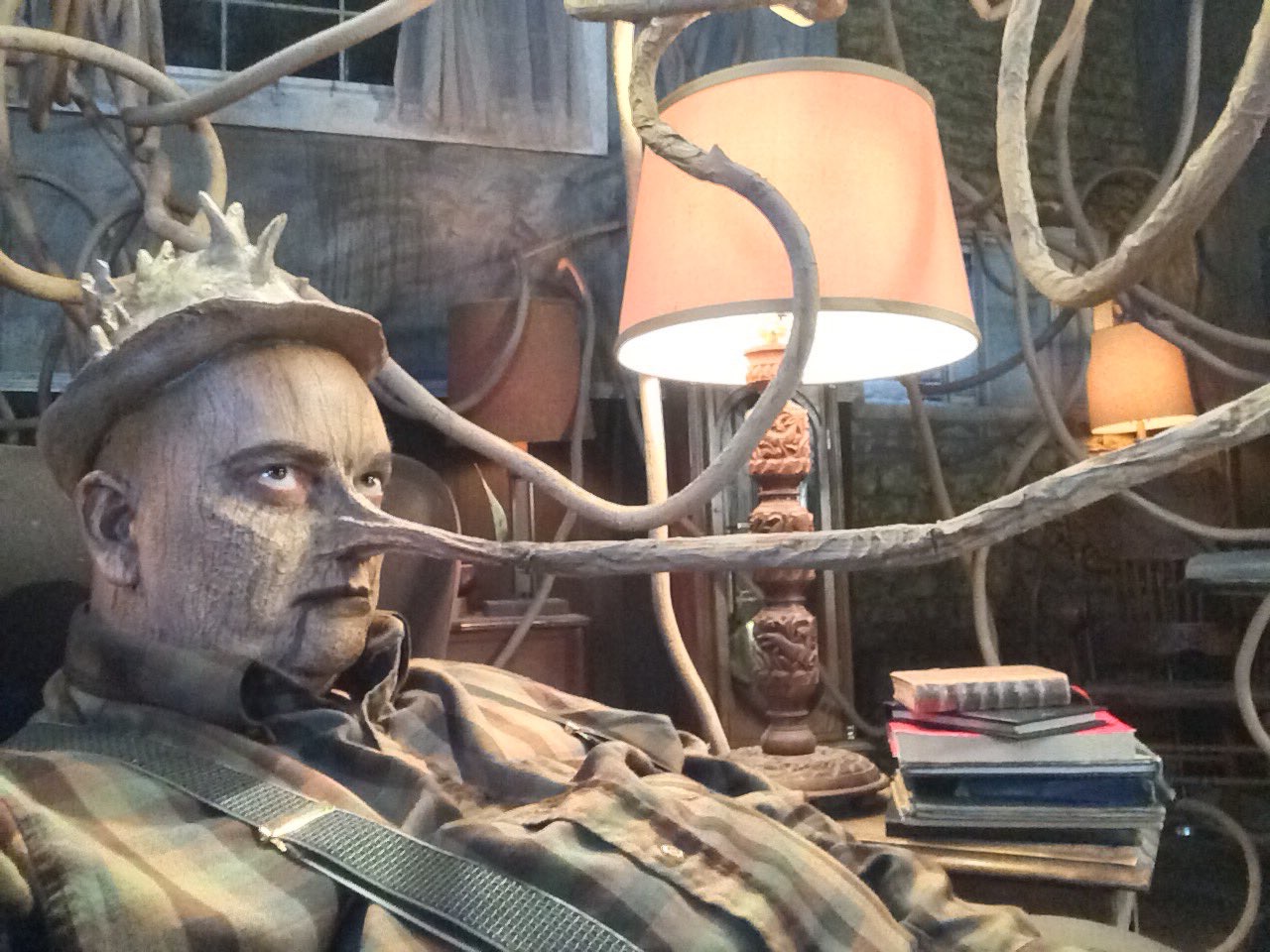 Woodman is a story that toys with the idea of what would happen to Pinocchio if he’d never transformed into a boy and instead grew into a wooden man. The premise is a remarkable idea. Peter New wrote the script and plays the role of Woodman. Aliza Vellani plays The Woman.

Peter and I spoke about the film and his first soirée into the Crazy8’s.

“Given this is your first time entering the Crazy8’s contest, can you talk me through the process?”

“I have entered it before but never succeeded in being a finalist. I’ve also played roles in a couple earlier films, such as Manfield Pain and Ken Higgins Remission Impossible. There were over two hundred submissions this year. Once I made it to the short list of fifteen scripts they narrowed it down to the final six. Upon being notified in the first week of January, we only had a couple weeks to find our actors and crew. From there, all the finalists had three days to film and five days for post. It’s called the Crazy8’s for good reason.”

A budget of 1000.00 is allotted for each finalist and what they managed to do with it is simply astounding. I attended the Crazy 8’s17 Film Gala. I watched all six amazing and unique films while my eyes and ears kept telling me the budget appeared ten times larger. One reason may have been due to a complimentary set designer and team, make-up artist, editor, colourist and a plethora of volunteers. They put in sixteen and seventeen hour days that resulted in a production very worthy of the 1800 plus crowd that attended the screening.

“What is the reward for having the winning film?”

“The cash prize is ten thousand but my reward was having the opportunity to share my film with such a large audience. Having them draw their own interpretations of it and discussing their own impressions afterwards is priceless.”

Peter also says that another huge bonus was working and collaborating with so many other filmmakers and the valuable contacts and relationships formed along the way.

“When you wrote this script, was the 1000.00 budget always on your mind and did it factor into the story?”

“I have a habit of writing without thinking of budget at all. There are many ways to get a shot or make an effect without spending a lot of money. However, when you can’t  recreate it, a rewrite is always possible. I didn’t think about the budget much with this story. I wrote it in an attempt to reveal how we pursue truth and how often we will lie on social media for acceptance of others.” The film was shot almost entirely in a studio donated by VFS. Stanley Park served as the other location. A very good friend of Peters composed the musical score.

The Woman In Blue played by very talented actress Aliza Vellani had auditioned for the part after falling in love with the script. She is represented by Lucas Talent and better known for her role on the CBC series Little Mosque On The Prairie. She began working on the series when she was only fourteen. Having been acting for the past eleven years, she considers herself very fortunate and lucky to be involved in the industry.

“When you were preparing for the role of The Woman In Blue, did you model your character after a particular actress or fairy?”

“I actually watched a lot of films that portrayed fairies in various roles but based my character on the persona of the fairy and created my own idea of who I felt The Woman In Blue was from the examples I had researched. The entire experience was magical. I never wear blue, but I was covered from head to toe in it for the film. I was fitted with a blue wig, blue hair extensions, blue wardrobe. I definitely got my blue fix in this film.”

Her character finds a special connection with Woodman and she helps him find a solution to his predicament.

One unique experience Aliza had was acting out her lines  from a room across the studio while the Woodman simultaneously recited his lines from another room. After watching the film the technique worked out perfectly and accomplished a great effect that carried the scene.

Aliza Vellani’s next production will be with Disney. She has recently worked on a new series entitled Mech-X4 where she plays Lt. Verma. It will premiere in the near future.

Having had the pleasure of watching this film, I realize the talent and creativity that exists amongst all the finalists and am sincerely privileged to be part of the audience every chance I get.

“I would rather let the audience answer that once they have watched it. I did have a point in the storyline but am interested to see/hear if the audience has the same interpretation. I didn’t want to be obvious about it and instead value the audiences reaction.”