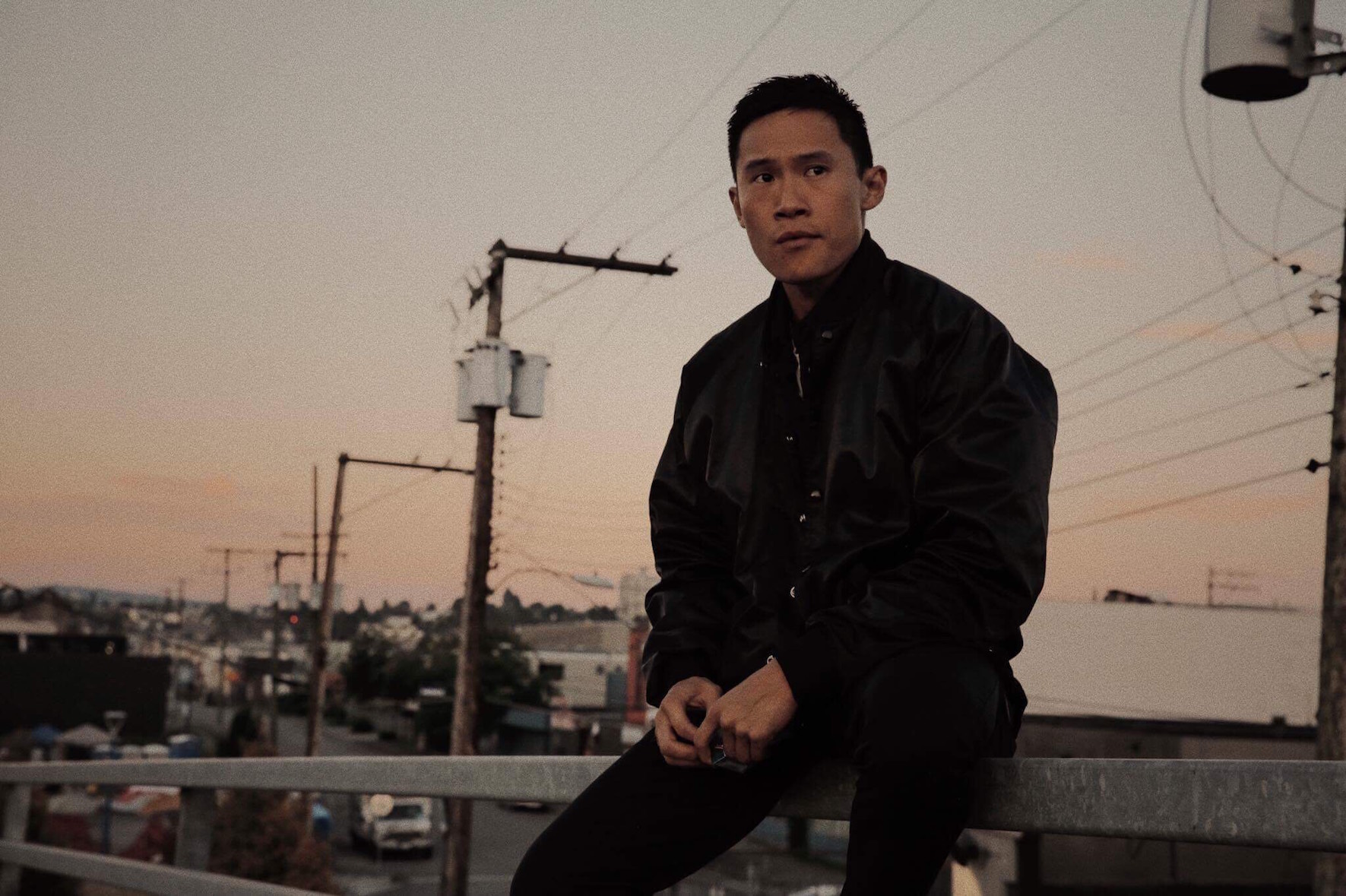 I have a friend that becomes very dramatic whenever they get upset. I’ve suggested that they get into acting. I don’t really mean that they possess the talent and skillset to act; I just mean that their performance was so over the top that it’s worthy of consideration for dramatic roles. Since I prefer comedy, I’m often searching for a way to sneak in a punch line when they least expect it.

Thankfully there exist people that can truly act outside of dramatic roles. They are capable of performances that bring out our empathy, our anger, our tears and our laughter. Professional actors make it possible for us to understand our history through performance. They will make us laugh after a horrible day. They can lead us to inspiration or convince us of the end of days. As a movie buff, I want to be convinced that the characters are real and I want to be engaged, metaphorically speaking. Not every actor can bring it but I recently spoke to somebody that can.  Curtis Lum lives in Vancouver and was seemingly born to entertain. He was gracious enough to talk to us about his journey and why he loves his career.

“It’s very difficult to find success as an actor. When did you feel like this path was for you?”

“When I was only 3 years old I lived in Hawaii and my parents would bring me to karaoke to entertain them and their friends. As I grew up I wanted to be a pop star. When I was 13 and living in Vancouver they were shooting Romeo Must Die in a back alley behind my dads downtown office. I ended up finding the craft services truck and a PA had offered me a donut. I thought it was such a great perk to be able to eat for free. These days I have so much appreciation for craft services on set. They are the first ones there and the last to leave. They keep the cast and crew going on long days and deserve so much credit for their commitment to keep everyone fed. We couldn’t do it without them. I really didn’t get the acting bug until I watched the movie Dragon Boys.  The actors looked like me and were quite relatable. I began to see the potential as an actor, so when I was 20 I contacted an agent I’d known for a long time. I took acting classes for a year but had to hide it from my parents. They’re both entrepreneurs, so I told them I was in school taking courses.”

“Considering your parents may not have supported your choices to pursue acting back then, how do they feel about it now?”

“They’re so proud and supportive of my career. When I’d go to an audition I used to have to play it up like it was an amazing role just to impress them. Now I actually have to downplay it because my mom is so quick to boast about me to her friends and family. One time I had gotten a small part in a Spielberg movie and my mom was so excited she told everyone before I had the chance to notify anyone.”

“Having talked to many actors I’m often told how difficult it is to break in. Can you elaborate on your experience?”

‘The career of an actor is unlike most careers. Meaning, it’s not your typical lifestyle. There is constant pressure and rejection. You always have to be at the ready and on your toes.  You have to be able to take life experiences and use it as a tool to excel at your job. However, having opportunity to travel around the world for work is also an invaluable perk. As a practice, I keep a log of all my auditions. I use them as a gauge for my success as well as a way to reflect on the path that brought me here. I’m a firm believer in ‘everything happens for a reason.’ I’ve dealt with disappointment in not getting a big role but in retrospect it has usually resulted in better opportunities for better roles.  Over the years, I’ve learned to be content with my auditions and now leave knowing that I gave it my best and its now out of his hands.” Curtis Lum is currently on the hit series Supergirl and will perform his own stunts whenever possible, although there is a team ready to jump in if he’s not up to it. As I spoke to him, he was reflecting on his pain from overdoing some of them the previous day. He says that the crew will sometimes take 3-4 hours setting up the scene for one shot. Creating a fight scene that looks convincing and nobody gets hurt takes time and sometimes 20-30 takes.

“Have you ever had to deal with scheduling conflicts and how do you resolve them?”

“Do have a preference between film or television?”

“I’ve always wanted to work in film but have found more opportunity in TV. Television writing has become so strong and there are so many shows being produced here that it presents more opportunities. I’m always open to both and wouldn’t consider turning anything down.  Even though I’ve been at it for 10 years I still feel like I’m just getting started.”

Fun fact – Curtis has produced music videos as well as some webisodes before they were popular and before he had caught the acting bug.

“Are there any characters/roles that you’d like to play?”

“I’ve been very fortunate to play many different roles and never the same character twice. I’m hoping to continue doing that going forward.  I do however enjoy breaking down stereotypes and barriers as an Asian actor. They’re just people and race is secondary. I do enjoy edgy and complicated characters with multiple layers. Staying malleable is important. Being able to play different people with interesting stories allows me to explore their mind and their world. I find that very attractive.”

“How hard is it when it comes time to wrapping up on a series you’ve had a reoccurring role?”

“It’s always bitter sweet. Although I’ve worked in multiple television series, working with the actors in Siren has eclipsed the friendships made on previous shows. It’s the first big break for many of the actors on the show so there are no egos and we’ve really become best friends and family. There is an unbreakable bond between us. It’s one thing to be on an amazing show but the real cherry on top is when you really love the show, the cast and crew. Right across the board, everyone is incredible to work with! I feel so blessed to be part of that production.” Siren is an American production. A Freeform original series that airs on the Freeform network, Hulu and Spark every Thursday night with a diverse cast from all over the world.

“ In terms of pursuing other areas of film and television, are there other positions you find yourself drawn toward?”

“I am actually leaning toward producing. There’s a lot of stories I’d like to tell, as well as a lot of people I’d like to represent. Having spent 10 years in the industry, it’s something I’ll be working toward. Since both my parents are entrepreneurs it feels like it would be a natural fit.”

If Curtis sees an opportunity to offer advice to a new up and coming actor, he never hesitates to help them out. He was very generous with his time with us and I can see him going very far in both his acting and producing. We wish you well Curtis Lum.