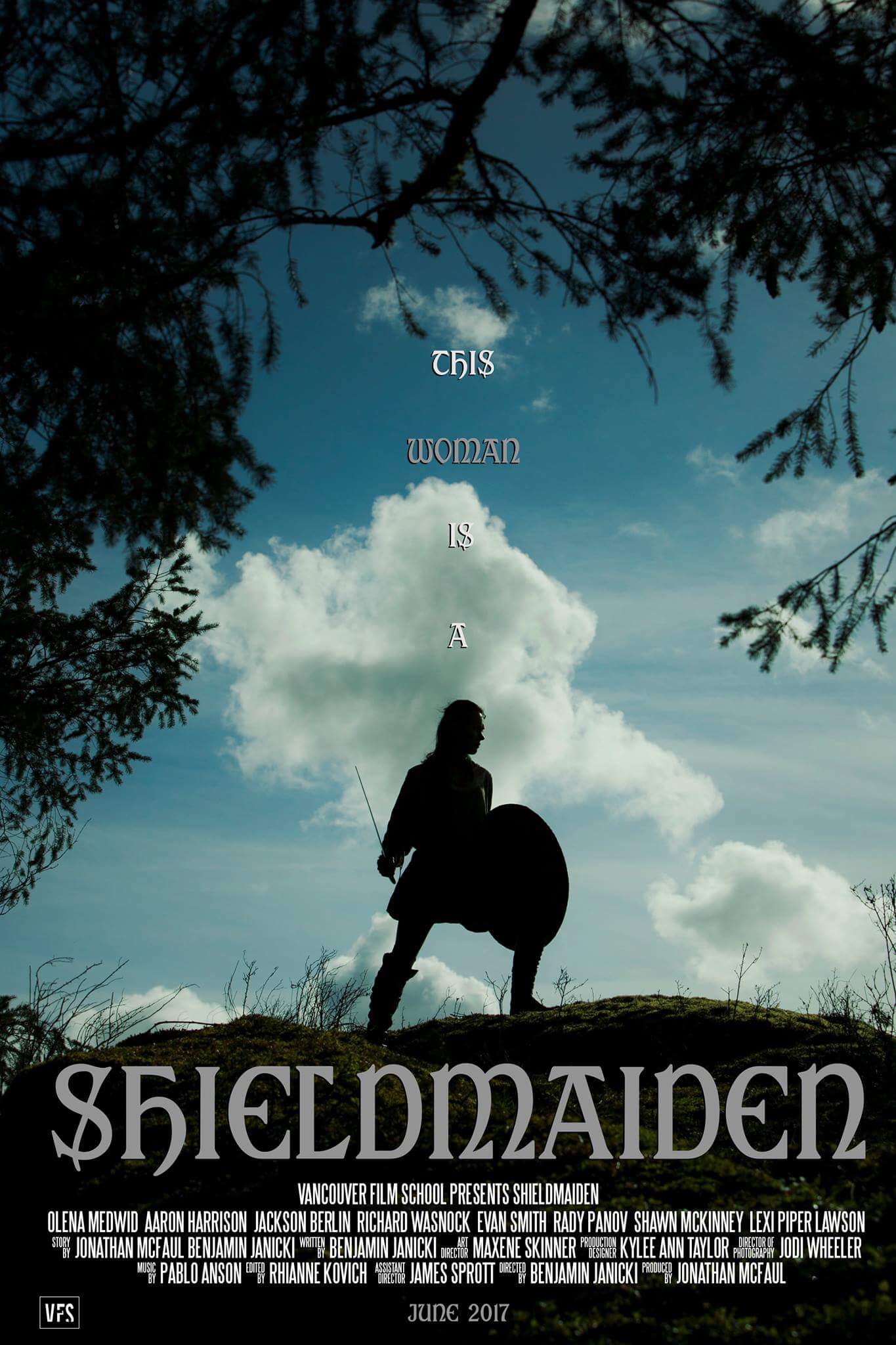 When you think about student films, big production value usually doesn’t come to mind. I myself have been to film school and have seen multiple films made on a school budget with debilitating restraints. You tend to roll with the punches and your mind can become submissive to the parameters set by the film school. Not many would dare to stretch these limitations or push the envelope, in fear of confronting failure and ridicule. If we never try we’ll never know, is a phrase we’re all familiar with but how many of us apply that notion when it’s something big on the line?

Attending film school for all the right reasons means you are creative, one for thinking outside the box and a risk taker. You’re in school to learn from the pros and you become a human sponge. You realize it will end after a duration and the clock is ticking with opportunity on a high wire. The school has equipment, resources, mentors and as the last term comes to an end, it has finances in the way of a chit system. You can use the chits on your own last student film or you can donate them to someone else’s film. The third option, is rallying for the students to invest their chits into your amazing, unique, stand-out, eye brow raising, outside the box blockbuster student film. At least that’s what Jonathan McFaul and Benjamin Janicki did.

I had the terrific opportunity to sit down and talk to Jonathan about his huge endeavor and how it all panned out.

“How did the film come about and what inspired the story?”

“Benjamin and I had become pretty close friends by term two. Our course was nearing the end and the opportunity to make our final film or donate our chits to other productions was on the table. I knew I wanted to make a film, it was determining what that would look like. Benjamin was a fan of Vikings and I had always wanted to cast a strong female lead character due to my experience growing up in a household with a strong mom and strong sisters. We combined both ideas and Benjamin wrote the script for Shieldmaiden.”

Shieldmaiden is the story of a young female warrior that defends her clan from another clan led by the man that killed her father years before. It does not look like a student film and has tremendous production value. It is a 16 minute chunk of time you will be glad you gave up to have your mind transported to the days of Viking times. This story breaks all the rules necessary to become an iconic student film, with a backbone. I’ve had the pleasure of viewing it and understand the enormous hurdles both Jonathan and Benjamin must have overcome to get this film made. It is a stand-out production with an underdog story.

“How difficult was it to win over the students to invest in the film and did you get much support from the instructors?”

“Once we began our campaign to make the film, it became the only one to grow in support. There were naysayers that insisted it couldn’t be done. Some of the instructors even stated that it was too ambitious. It wasn’t easy to raise all the financing but once we did, we were able to bring in 6 union actors with industry experience and two non-union. We found amazing talent on the Vancouver Actors Guide website. The crew was made up of mostly students but the make-up, sound person and Titleist were found outside the school.”

They were extremely lucky when they attached bad guy Aaron Harrison of Harrison Arts. He plays the villain Magnus and also works in the Art Department on Arrow. They also worked with the good people at the Dark Horse Workshop which provided them with set costumes from the TV series, Battlestar Galactica. Richard Wasnock plays Arne in the film and is a huge Viking fan. He made a giant axe at his home out of wood and leather and brought it to the set to use in a fight scene. It was an amazing prop that helped heighten the production value of the film. Another weapons contributor was Ross Newcomb.

“There was some convincing looking fight scenes with weapons swinging. How did you make it look so realistic?”

“Gavin Buhr was the stunt coordinator that worked with a sword specialist to teach the actors sword fighting skills. We had one rehearsal two weeks before shooting and the actors performed exceptionally well. They were all comfortable performing the choreographed fight scenes on shooting day and pulled it off convincingly.”

It took four days to shoot it with one extra day for reshoots. They filmed it in March and used four locations. Maple Ridge, Pitt Meadows, and a school served as a film set. Jonathan tells me he was extremely lucky in obtaining film permits for free from Maple Ridge and Pitt Meadows. They had twelve hour days and captured it all on two Sony FS 7’s.  Benjamin Janicki storyboarded the works and their DOP was Jodi Wheeler. They found the music composer, Pablo Anson on a poster inside the school. They didn’t realize he lived in another country. Jonathan tells me Benjamin tracked him down in Austria and had skype sessions with him for three weeks until the score was completed. It took 1 ½ mths. to edit. Quite an undertaking, but this is the film business, not film party.

The actress that plays Sigrid is Olena Medwid. She is best known for her work on Lucifer, iZombie and Death Note. She carries the film with the hands of a skilled warrior. Shawn Blair McKinney plays the Viking father Ivar. He has the very best Viking beard and hair I’ve ever seen and has a presence on the screen that only a large Viking can. One of the weapons were supplied by Ross Newcomb.

The film will debut in his hometown at the Hollywood North Film Festival in Ontario. To go back and to be able to show the fruits of your labor with an exclamation point will be one to scratch off the bucket list. He understands that people want to watch movies as an escape, he wants to create that experience in the best way possible. Working with In Motion as a background actor on various TV shows such as Supergirl and Arrow has allowed Jonathan a front row seat to see how the pros do it.

He tells me he’ll be working as a full time producer for an Indy film company in the near future and will also be making his first feature next year. It’s about a French Canadian Saint that is captured and overcomes tremendous torture but survives to go on and become a celebrated Saint because of his astonishing life. Jonathan has made four short films and always wanted to make a feature before he turned 30.

There is hope for this film to get accepted into the Leo’s. He wants to use it as a platform to help launch bigger productions. Eventually, he’d like to produce a super hero film. He’s a huge fan of Marvel comic books and it doesn’t seem like the franchise is slowing down anytime soon. Jonathan is one very determined young man with big aspirations.

A lot of the students helping on the film were International, so Jonathan plans to have them represent the film at festivals in their home countries. A novel idea.