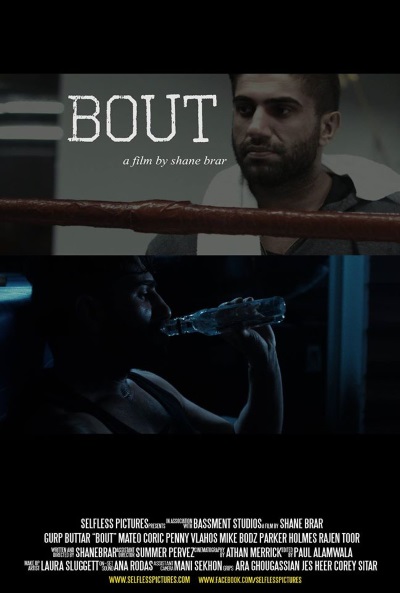 I met with Shane Brar to discuss his latest film Bout, I’d swear he was talking about one of his children (which he doesn’t have yet) because of the amount of enthusiasm he has for it.

Certainly one hopes that every filmmaker shares the same passion for their films, it is a good indicator of whether you’re right for the job.

When Shane made his 10-minute film he used the same crew of people that’s helped on previous films. He’s established a great rapport with them and appreciates the skills they bring to every production.

This is Shane’s fourth year as a director; he acted for three years previous to directing. He still relies heavily on the actors from his old school for his films. Having been an actor, he realizes the lack of opportunity for new talent and enjoys providing opportunities to help them out. He loves to give back, which is what makes Shane very likeable and easy to work with.

In financing the film Bout, Shane held a fundraiser at a restaurant and raised the rest on RocketHub. The total budget for the film was $4000.00. It had its first screening in the auditorium at the planetarium on Aug. 8.