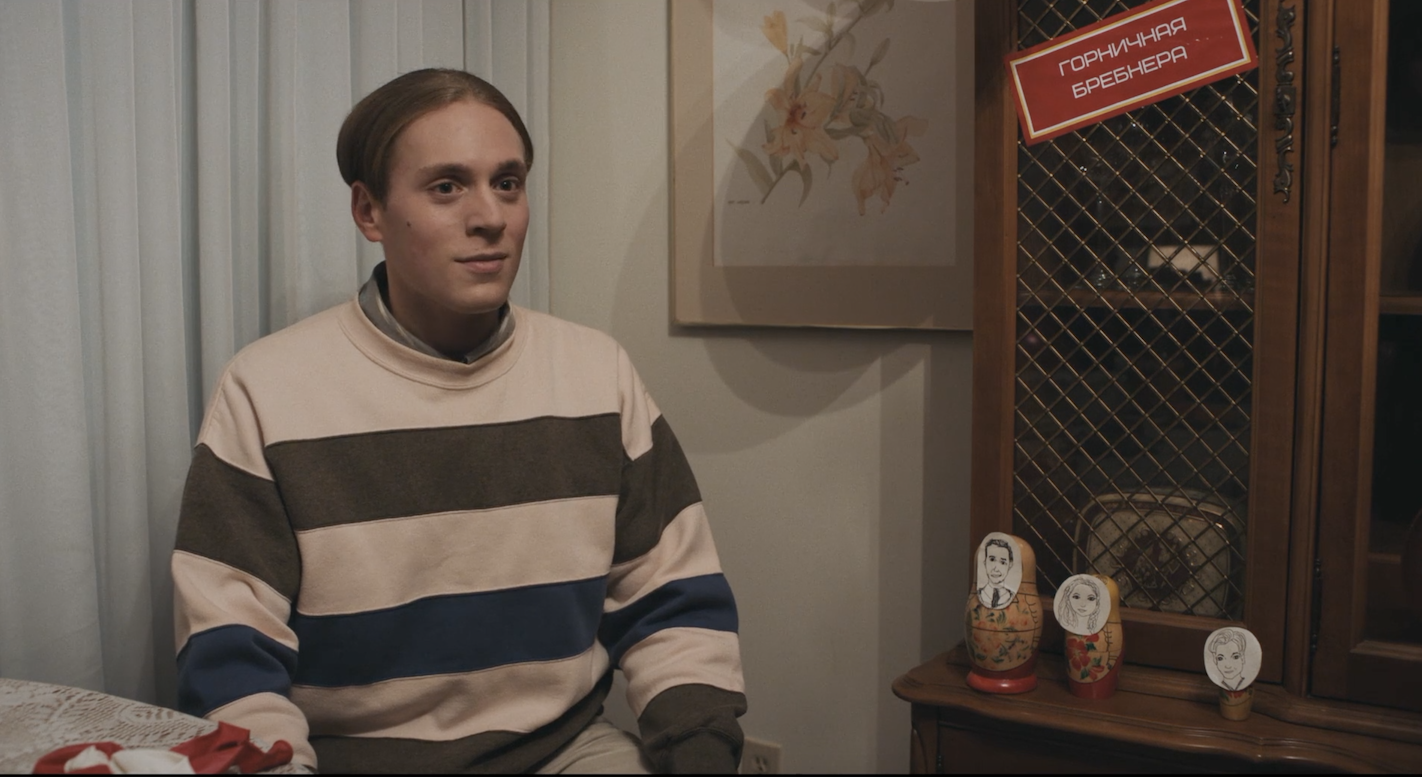 Sometimes growing up with a family that doesn’t see things the way you do is confusing. Both me and my brother have gone through this at different stages in life. However it does result in the most comedic moments of your personal life and would make for a good comedy series. But what does one truly see from the perspective of the black sheep of the family? The one who watches terror unfold and family come apart? Well, depending on who they are, you either see them as a nuisance who’s laughing at the whole thing, or someone who doesn’t want to be the least bit involved. Maybe it’s a political view? Take it from Boris McDougald, as portrayed by Ryan Taerk in The Communist’s Daughter, a funny series about a Communist family in the United States who can’t really adjust to the crazy differences out there. Boris is definitely adjusting pretty well himself unlike everyone else. I spoke with Ryan regarding his latest role and some other stuff he’s doing to get a better understanding of Communists in U.S.

HNMAG: This is quite an interesting show you got involved in. Is it something more different from your usual roles?

Ryan Taerk: THIS particular role was a lot of fun to play. I personally love comedy, so getting to step into a family comedy was a dream come true. VERY different from the other roles that I’ve played, in the last couple years I’ve been doing a lot of dramas, procedurals, and spots on shows like that. But at the beginning of my career, I started in comedies and it was really nice to step back into that space.

HNMAG: So you’ve done comedy in the past, were the roles back then similar to this?

Ryan Taerk: They were different in style, definitely. This had a bit of Freaks and Geeks meets Dairy Girls kind of feel, so very different. The project that I worked on earlier that was comedic had a lot of Jonah Hill, Zach Galifianakis tones from SuperBad and Hangover.

HNMAG: What can audiences expect from this show?

Ryan Taerk: They can expect a lot of heart, a lot of laughter, and a lot of love. It’s a family comedy that takes place in 1989. The McDougald family moves back to their own neighbourhood and they’re trying to assimilate into normal North American society in the late 80s. The only problem is they’re communists. There’s a lot of hijinks and hilarity, especially for the kids when their dad announces he’s going to run for city council as a communist. It’s a pretty wild ride from there.

HNMAG: Does your character play a straight man or comic relief? Or is he something else?

Ryan Taerk: Boris is sort of comic relief. He’s the eyes for the audience, because he’s sort of the odd one out in the family. He’s more of a capitalist, he doesn’t believe that any of the things his parents or his sister believe in is worth doing. His heroes are Ronald Reagan and Gordon Gecko from Wall St, and Rocky. Those are the kinds of people HE would look up to, as opposed to his family as there are posters, pictures, and marks all over the house of Soviet Russia. They call each other Comrade and Boris on the other hand is always just shocked at what they’re coming up with and doing. He’s so bored with it and feels it’s time to get back to reality.

HNMAG: Did you have similar experiences yourself?

Ryan Taerk: Definitely! I come from a big family myself, so getting to play a sibling in a comedy was a lot of fun. Not necessarily from the perspective of being so different from my family that I was almost embarrassed to behind their back to do things. I love the value in the end of the show. There’s more that unites us than separates us in society and I think in the family itself that was displayed with Boris being so different.

HNMAG: What was it like working on that set?

Ryan Taerk: It was so much fun. As soon as I got to the first table read, it was the cast of the family, Leah the brilliant creator, and as soon as we started reading, there was this connection. A lot of improv had happened, and it came alive and felt like an experiment. It was so fun playing in that space, there was so much laughter on set even. I really wish that there was a camera that captured all the behind-the-scenes stuff because the camaraderie on set was truly second to none. I was very lucky to have been on sets before and this one has stood out as a very special group of people that I got to hang out with. I’m just very grateful for getting that experience and working with the cast. 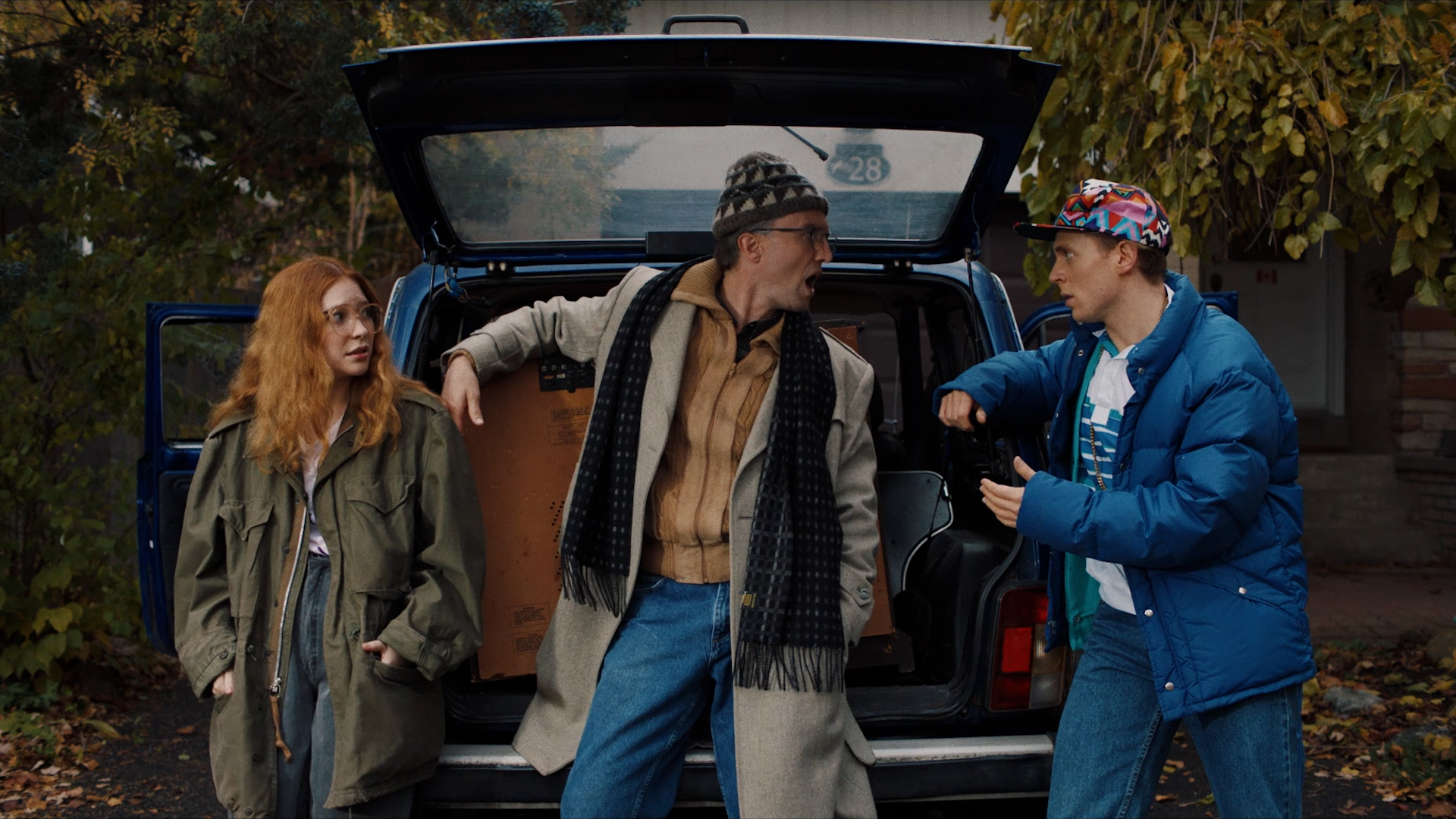 HNMAG: Did it take a certain technique to be in the character? Did you feel you could pull off his role easily or did it take extra effort?

Ryan Taerk: There was research that went into the character, especially with this being in the 80’s and very specific qualities and aspects of the character. Though I definitely understood the sibling dynamic form in a comedy and I understand what Leo was trying to capture with Boris. From that place, we discussed a lot of films and shows that I could reference Boris and take pieces of different characters to create this character.

HNMAG: How did you get into acting at first? Where did you learn your craft?

Ryan Taerk: Ever since I was a little kid, I always loved creating characters, and performing. The joke amongst my parent’s friends in my childhood was they’d end up coming over for dinner and a show, with me providing the show. If I provided the dinner, they would all be very sick from it. But I always like putting on shows and making people happy in that space. Getting to create characters was such a freeing empowering feeling. From there, I went to my parents and said, “You know, this thing that I do, playing pretend, is that a job?” and they told me “Yeah. It’s called being an actor.” so then I wondered “Can you make money being an actor?” and they answered “Yeah. If you work really hard and you study, then yes.” From that moment on, I decided I was an actor and moved on doing what I had to do to do this job. I started taking acting classes, did some community theatre, a lot of musical theatre growing up, and then I got an agent and started auditioning.

HNMAG: Now, I understand you write music as well as acting. Where do you get inspiration for your songs?

Ryan Taerk: A lot of the songs or the experiences I’ve had songwriting have either been from a personal place or a place where I’ve seen someone growing through an experience. As I watch their story unfold, I’m getting to tell their story. I love working with my brothers, co-writing music, and producing it. It’s really been a cool process to step into, really different from acting. But I love doing it as well, creating melodies and harmonies for moments of synchronicity is really cool.

HNMAG: And how did you get started working with music?

Ryan Taerk: My oldest brother Josh, is a singer, songwriter, and musician. He’s been doing this for so long and he was flying home from tour in the UK and I started a job working at a summer camp where I met a girl. At that time, I did not know how to express my feelings through words. But I wanted to make a grand gesture and do something bold like that, so I started writing a song. My brother came home and before one could say anything to him, I pulled him aside and told him, “Hey, I’m really glad you’re here. I wrote a song, I want you to hear it.” and he heard it, then from there we started tweaking it and we reworked it and that ended up becoming the song ‘Take a Chance with Me’ which is off his album ‘Here’s to Change’.

HNMAG: You’re also creating your own television pilot, I hear. What is the show going to be about?

Ryan Taerk: It’s a workplace comedy, I can’t really go into great detail about that. Just because there’s a lot of refining and I need to get lots of approval from my writing partners. But it’s been such a fun process especially during COVID. We’ve used this time as a creative incubator, to use time and create different projects. I started working with my brothers on that pilot, it’s been such a wonderful process and I’m so proud of where we’ve gone. There will be a time very soon where I will be able to say more.

HNMAG: So it’s situated in a workplace, will it be something for labourers to relate to?

Ryan Taerk: It is a workplace comedy, so similar in style to The Office and Parks and Rec. Superstore is sort of the place/backdrop for people that work there, and they’re so different in personalities but they come together to work for the greater good. THAT is the heart of the show. I’m excited to step into that world, being a comedy fan. Being able to play in that space from The Communist’s Daughter to now has been really exciting.

HNMAG: How do you balance all the work out together, acting, and working on music and TV?

Ryan Taerk: That has been tricky, I’m not going to lie. BUT, it’s been manageable, I’ve been very grateful so far. With my writing partners, we’ve each been very busy on working on individual partners and we have projects where we’re working together. In the times where we’re working together, we’re 100% focused on that thing but we schedule time so we can work on other projects as well. That way nothing really gets neglected. So far, we’ve been able to keep that up, thank God. In the future, we’ll be able to shift and pivot and do whatever we can to make it all work. 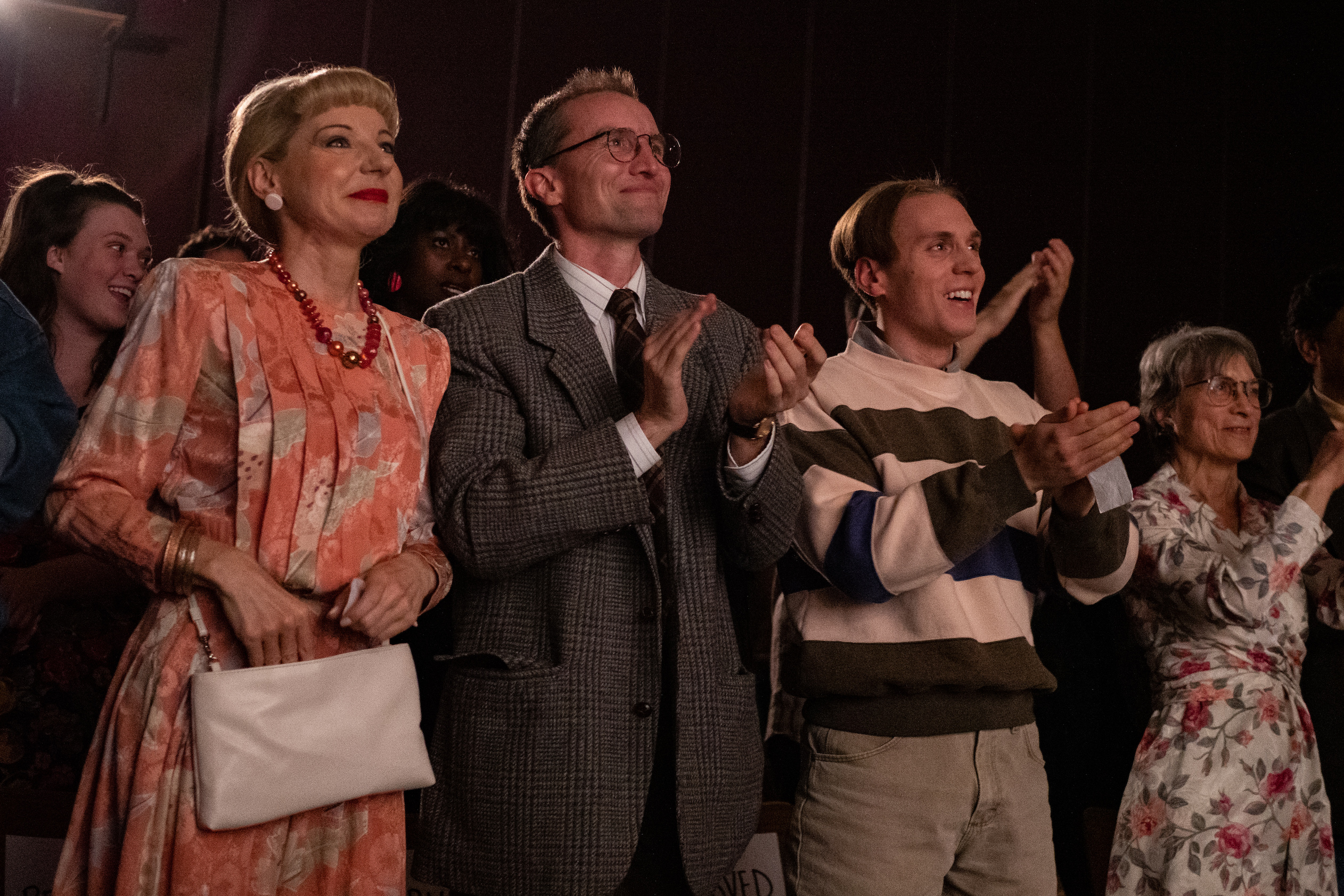 What are you waiting for, Comrade? The Communist’s Daughter is on CBC Gem. Watch for Mother Russia.