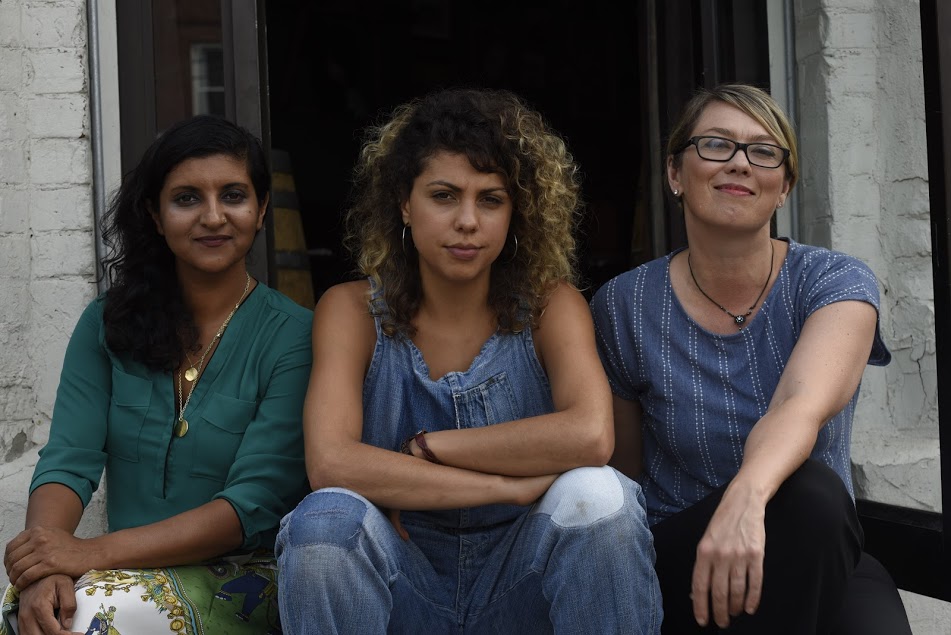 Did you smell that? I was cruising through Whistler Village and passed a group of skiers immersed inside a cloud of smoke laughing and jousting with their ski poles. Just some middle age fun inspired by the Village, the skiing and leaving the kids back home. Weed is legal and has been for over a year now. It should no longer come as a shock that you catch a whiff or bouquet of the Canadian strain is other populated locations. People are exercising their right to light up without judgment and ridicule. Our country has jumped onto the pot wagon and the Canadian leaf has taken on new meaning. Certainly, this is really not the Canadian strain I was intending on discussing while at the Whistler Film Festival. I thought it might somehow serve as a Segway into the ground breaking homegrown Indy film, Canadian Strain. Before you think it might be the next Cheech and Chong comeback film and begin stuffing the Christmas bong, hold off for just a moment. This film is about the other side of weed, the one that provides pain relief, helps sleep deprivation, helps anxiety, appetite and a myriad of other ailments. The film also addresses the impact of legalization and what that means for black market dealers of cannabis.

The film is written and directed by Geordie Sabbagh and produced by Ashleigh Rains. The film stars Jess Salgueiro, Naomi Sniekus, Nelu Handa, and Colin Mochrie (Who’s Line is it Anyway). Naomi and Ashleigh had made the long trip to Whistler to promote it but Geordie was unfortunately sick at home in Toronto dealing with a strain of the Norwalk virus. He was feeling well enough for a phone call however, so we spoke from my hotel room over the phone. I may have been sipping a glass of wine in front of the fireplace as we spoke but that’s part of the magic of Whistler. It can provide a level of comfort you don’t find anywhere else. With Geordie on the phone and the stockings hung with care, I had questions to ask about this film he’d prepared.

“What was the inspiration to Canadian Strain?”

“Once it was announced that Canada was legalizing weed, I started to think about all the dealers and where would they go. After doing some research, is when I got the idea for Canadian Strain. Essentially for me the film started when I thought about what happens to all the dealers when weed becomes legal and then after that it got kind of Shakespearian in its outcome. You have all these small operators that have fought so hard to have weed legalized in the country and they’ve put in all the groundwork for it just to be pushed out, to allow corporations like Molson, Labatt’s and other brewery’s, even former cops to benefit from it. That was really the crux of the story, where it was less about the stoner comedy but more about what happens to the advocates and the operators that are using cannabis for medicine and all these other developments. A lot of them are now trying to win the lottery (offered by the government) to open stores but you need half a million dollars just to get your application in order.”

“It sounds like it’s only available for people with big money.”

“What I found surprising once I started going down the hole was that a lot of the people that crafted the legislation never intended on that happening. Their intention was to have it as a mom and pop style business for small entrepreneurs to grow but instead it turned into a conglomerate very quickly across Canada. Now the irony is, there are not enough stores so the black market took off once again. Unfortunately, there are winners and losers.”

“I was also surprised at the side effect of legalization. I thought we might be seeing more shops opening but the opposite happened.”

“In Ontario we also have a lottery, so we had 20 stores and right now we only have 50 stores in the entire province. I think the only province that was moderately successful was Alberta because they had already privatized liquor stores. Their transition was a little smoother than the other provinces but BC and Ontario are struggling to open stores.”

“I think it’s helped to strengthen the black market instead of diminishing it.”

“It has but they will argue that you don’t know the quality of what you’re getting, which is true but the price is cheaper. What I was surprised about is most people want to buy their cannabis from a store rather than online. The demand is really store heavy which is also why the black market continues to thrive and will continue until more stores to handle the demand.”

“Was this story somehow inspired by events in your life?”

“My father was an entrepreneur, so I guess I am too as a filmmaker. I did want to seed into her journey, the bureaucracy and big companies preventing others from breaking through to a certain level due to the lack of power or money to get there. I wanted to reflect how universal that is. In Canada we don’t support a lot of entrepreneurism or allow it to flourish, we’d tend to let large corporations to run that and I wanted that story to seed into it and to see her try to follow her dream and for me that journey was personal. It was a harder road, in the sense that I got into med school before deciding not to go and then got my MBA that led me to the BBC and that’s when I fell in love with film and television. In filmmaking you don’t hear a lot of ‘I could be doing something else but I chose this’ and with the character Anne, I wanted to show that she had an economics degree, that she was very bright and intelligent; she could be doing a myriad of other things but chose to follow what she loved and was very good at it. In finding out where she fits in the new order of things she finds herself angry and ripped off for having fought so hard for this to come to pass only to have it taken away from her. I didn’t want to do a Cheech and Chong type film and wanted to show the world of cannabis being used for medicine, ADD, stress and other things other than getting high.”

“Where did you shoot this film?” “Was that privately financed?”

“It was. For us in Ontario, there’s really only Telefilm available for low budget films. If you’re going over a million dollars you can qualify to get other sources of funding but if you’re under a million there’s not many options for you. There is the Arts Council but it would be considered too commercial to fit into the criteria. Telefilm was our only option and they passed on it so we said we’re going to do it ourselves. When we made it I knew it was going to be timely and that we only had a certain window to make it before legalization became the norm. There was a bit of pressure to get it made no matter what.”

“When you wrote the screenplay, did you write it with the budget in mind?”

“When I originally wrote it, it was bigger but still containable because I knew the budget would be smaller for it. It’s a very Canadian story so it limits the amount of money you can raise. I didn’t anticipate this small of a budget but the actors and crew rallied around it and did an amazing job. You’re going through 10-12 pages of script per day and multiple locations so everyone had to be on their A-game. We had a small crew, which consisted of our soundman, camera operator, producer, myself and wardrobe. It was a tight crew and we didn’t have much time so we gorilla styled it. It wasn’t easy for the actors to get through so many pages of script per day but the good thing about it is, you’re always in character.”

“Your film is very dialogue driven. Was that intentional?”

“Most of my work is very dialogue heavy and if you see any of my earlier work you’d see a lot of dialogue but it could be due to my BBC background. In England you’re almost theatre trained which is dialogue heavy so I think I have a passion for great well-written dialogue. I think the actors also help shape the pace; they all bring their own rhythm to the characters and I think that shaped the final product.”

“I’m really impressed with the film you were able to make given the perimeters of your budget, it has much bigger production value. It must’ve made for some long work days?”

“Not really, 12 hours. We only had one long day of 14-15 hrs. People are coming out for the love of the project but I’m always conscious of peoples’ time and we can’t wear them out. For Ashley and I, we were up early prepping and directing sets, k-props, working out shot lists and craft services. It was longer days for the two of us but in terms of actual shooting days it wasn’t too bad. We broke it up into two blocks, which made it easier for everyone. Thankfully we did that because it was after the first block when Doug Ford had announced, he was scrapping all the stores. I quickly had to rewrite the movie with Ford’s announcement to go private.”

“It wasn’t too long, a lot of the people I’ve worked with before and knew. After that I got some help from a friend of a friend that knew someone at Second City and I needed some great comedy actors so they put a list together for me. The cast was a compilation of people I knew before and actors that Second City had recommended.”

“Do you have distribution attached to the film?”

“Yes, Pacific Northwest Pictures is handling the movie in Canada and it should be coming out in the spring. We also have a sales agent in the US that is taking care of sales there and internationally. Once it comes out in Canada it will also be available on iTunes.”

An interesting subject and unique film that answers some questions and hopefully shifts perspective on the subject of weed. The next time you smell cannabis and see a group of elderly giggling inside the envelop of thick smoke, they’re probably easing arthritic pain, chemo effects, glaucoma and might be tired of all the pills conventional doctors prescribe. They’re looking outside the box and now have another option to help deal with it.