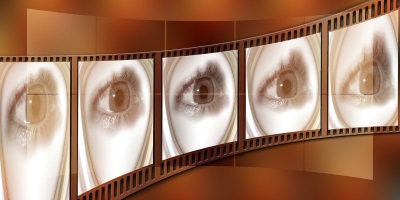 The ability to direct people to action with an end goal, a primary objective in mind, is a transferable skill. Those kinds of leadership abilities cannot be faked and they must be practiced to flourish. At the end of the day, film directors often  inspire and lead teams of thousands of people to stay on task, on budget, and work incredibly long days in order to create something of tangible and artistic value.

Every kind of filmmaker is working with a diverse assortment of people, all with different skills and unique personalities who have to work long hours and often in close proximity for weeks or months at a time.

“Production companies and network channels run like any other business with a core of staff and the normal administrative functions. Yet the making of a film is a very different beast–sometimes involving thousands of people, many of whom are specialist freelancers who haven’t necessarily worked together before,” according to a recent blog.

“To facilitate the smooth flow of production is no small feat and film director attributes are noteworthy, with applications to the wider world of business,” said OptiSyn Consulting Founder Fahim Moledina.

One of the primary abilities of film directors is their ability to empower others and facilitate creativity. As one producer pointed out to the author, the entire situation is a paradox. Tasked with making sure everything runs smoothly, he would also try to limit interference that might impede the creative process and collaboration between team members.

“Our feeling is that the most important thing on a set is that actors have enough confidence to try different things. If there’s stress or tension, they won’t go out on a limb because they won’t want to embarrass themselves if they don’t feel completely comfortable,” according to Director Peter Farrelly.

Also, real leaders are able to give legitimate feedback that is balanced, considerate, constructive and appreciative. This is sometimes difficult as creative work is often quite personal and can mean that some are prone to arrogance and vulnerability. These leaders must manage their own emotions and help navigate the emotional responses of those who are also heavily invested in the project.

“Effectively managing people and understanding the situations that will naturally arise, all while also having introspection, is essential to success in any industry. Also, Iit is important to take risks that are bolstered by instinct and experience,” said Moledina.

As one commissioner noted, according to the blog: “Without your instinct you’re nothing. Of course you consult with others, but when you come across a really strong pitch you just know it, and it’s then you bring your experience to bear.” Comparing it to a first date, he said overanalyzing it can make doubts dominate.

Stay sanguine in a high pressure situation. As noted, the film and television industry gets near-constant feedback and almost needs to react in real-time. This requires real grit and the ability to know when to halt a project and begin again, or when to ease anxieties and push forward. Since the product, i.e. film or television show being created, has constant feedback, this can morph into necessary feedback for the team. In that instance, how directors or managers dish out criticism is widely debated.

Some are proponents of the famous “compliment sandwich” while others see that method as incredibly single-dimensional and flawed. But the feedback should really be as diverse as the team itself, it should not be a one-size-fits-all, cookie cutter “I’m frustrated,” or “I’m angry” sort of approach. It needs to be direct, specific, and tactful, or as this Psychology Today article notes: “No One Wants to Eat Your Compliment Sandwich.”

Still, at the end of the day, creating the best product will be balanced upon the shoulders of the team selected. Finding people with a wide range of abilities, even some that are untapped and yet to be discovered, will be tremendously advantageous to the resulting product and to the day-to-day production.

The diversity of the team and their experiences can generate a richer creation. Creative leaders know this and embrace diversity in all of its forms. A group of people with a surprising assortment of skills and knowledge can mean ingenuity in its purest and most impressive form.

“They must therefore nurture an environment where all voices are valued and matter deeply, because without them there is no disruption and –most importantly of all –no innovation,” according to the blog.

Moledina said he is perpetually impressed by the ways that teams can collaborate together if they are provided with an environment that facilitates that.

“Creative leaders really do rank at the top of leadership simply because of their ability to perpetually adapt and consistently lead a diverse group of people,” said Fahim Moledina.