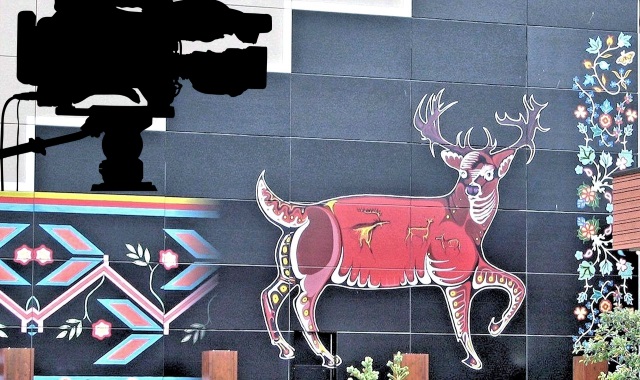 National Aboriginal Day 2016 (June 21st) saw announcements of several initiatives that will work to give more of a voice, through film and other media, to the First Nations of this country.

CBC Docs (via CNW) has issued a call for emerging Indigenous storytellers to submit pitches for multi-platform short documentary content representing their personal reflections of Canada. According to the CBC site, they also want creatives to challenge themselves to figure out how their films might also work as podcasts. Our national broadcaster says,  “We want it all: the funny, sad, exciting, heartbreaking, motivational and more. Inspire us with your character-driven, immersive and intimate stories.” (Actually, they’re taking pitches for short docs from non-Aboriginal filmmakers too.)

Whistler Film Festival (WFF) has opened the call for applications for its annual Aboriginal Filmmaker Fellowship. This program also focuses on short form content, according to a media release via Wireservice.ca,  and includes group sessions, one on one with mentors, and the WFF Industry Summit. It’s open to Canadian citizens of Aboriginal descent. Deadline is August 29th; to enter see here.

TIFF®, imagineNATIVE, Pinnguaq and the Initiative for Indigenous Futures are rolling out their own creative joint project: 2167 (as in the year 2167).

Six Indigenous filmmakers and artists will create their own virtual reality visions of Canada 150 years from now.

Jeff Barnaby, Danis Goulet, and Alethea Arnaquq-Baril are the award-winning filmmakers commissioned for this.

Why an Aboriginal view of the distant future? “Often Indigenous people are seen as stuck in
the past; with 2167 we wanted to take a very deliberate leap forward in time and see artistic visions about our place in the future,” says Jason Ryle, Artistic Director, imagineNATIVE.