VIFF coverage is going to be kind of prominent for the next week or so, as you may have noticed with Shaun’s latest review. With some movies to check out. Some Great Canadian content to give us all that Vancouver feel since that’s where VIFF always happens. In the meantime, the festival officially begins today so here’s a few films worth checking out at this year’s VIFF. 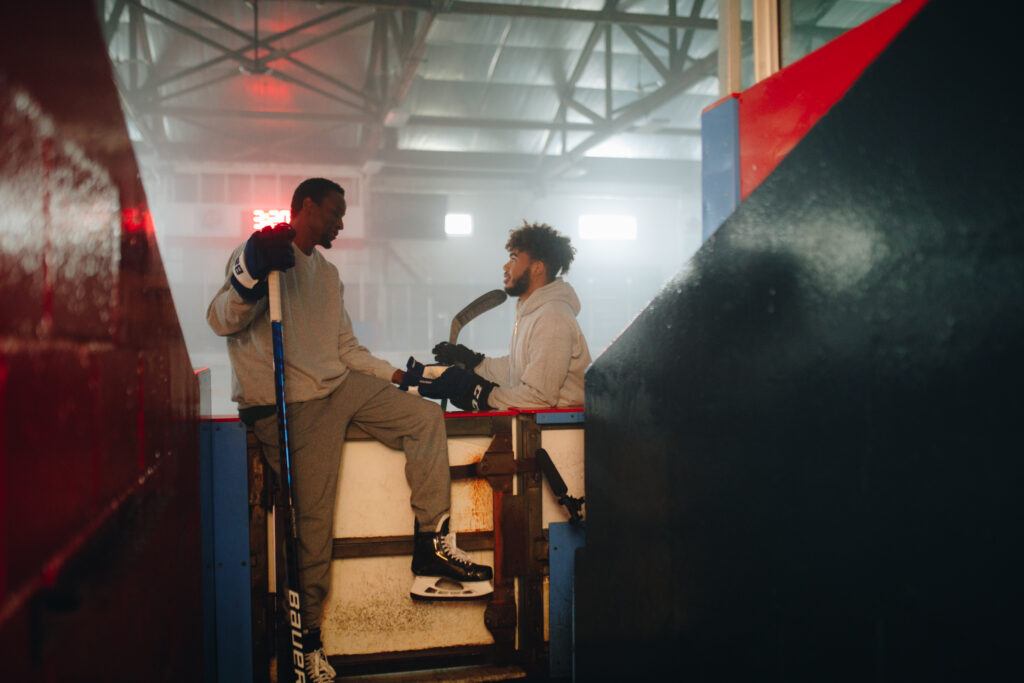 Nothing says Canadian more than playing hockey. As someone who’s lived in Canada all his life, I’ve never really gotten into it much. But it’s still an important subject matter regarding Canada. Another thing that’s totally Canadian is all the multiculturalism throughout the country. Put those two concepts together and you have a well-made documentary about black hockey players. Black Ice is one of the most educational docs which focuses on black athletes as they talk about their hockey/skating origins, the racist controversy regarding a certain Coach Bill Peters and ill-minded teammates of some black hockey players when they were younger, and so much more. Some of the best info I’ve ever learned was about a hockey team of colour called Jubilee, covered by two hockey historians and even the Africville Seasides.

There were great interviews from people Willee O’Ree the 1st Black Hockey Player, Jashvina Shah who wrote a book on racism in Hockey, even hockey players like Mark Connors and Akim Aliu who have been unfortunate victims of racist attacks. Of course, there are some other people who aren’t black involved too such as Simon Darnell who works as an associate professor at the University of Toronto, Ron Maclean and even the hockey historians George and Darril Fosty themselves. It’s a great do with a lot of info. Featuring hockey b-roll footage outside and in a rink, and discussing such big important topics about Systemic Racism, Black Ice is a film that scores a shot in the net of success telling us some stories we should all hear, understand, and enjoy. It’s one doc worth watching and you’ll be skating towards lots of cool info you never knew.

Black Ice is screening at 6:00 PM tonight (Friday September 30) over at Vancouver Playhouse and then later on October 6th, at 9:30PM over in the International Village Theatre. 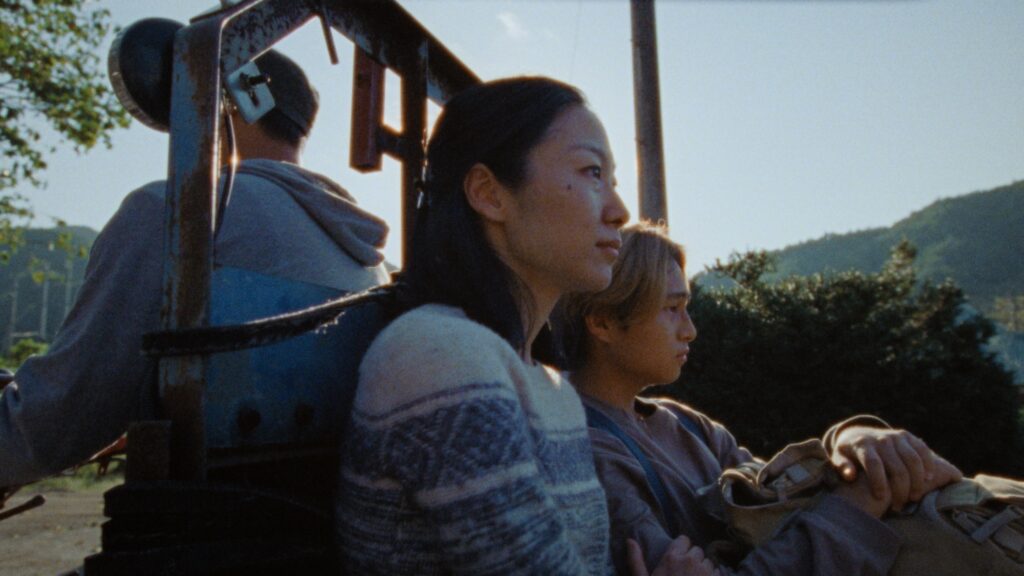 So-Young (Choi Seung-Yoon) is a widowed mother to a son named Dong-Hyun (Dohyun Noel Hwang). Together they live in Vancouver where everything tends to be a struggle. Dong-Hyun is singled out as the weird kid due to his lunch. His mother is no better off as she deals with workplace harassment and the two have a heated argument as Dong-Hyun is recommended to get a name change as per his teacher’s suggestion. Eventually Dong-Hyun gets on the bad side of some other kids at school as they torment him over his glasses thus causing him to fight back. After getting suspended, Dong-Hyun learns an important lesson in being strong. 9 years later in highschool, Dong-Hyun (Ethan Hwang) now known as David is given an assignment in studying his family’s history. So-Young gets along better with all the women in her workplace and even forms a relationship with a guy named Simon. But their life isn’t much better as the two struggle to get along and So-Young refuses to bring up Dong-Hyun’s deceased father. Simon offers to be a father figure to David and even marry So-Young, but things get worse as So-Young gets a terminal case of pancreatic cancer. David has problems of his own not only when he discovers the seriousness of his mother’s cancer but also when he gets into a fight with somebody at his friend’s party. To clear their heads of all the trauma they’ve recently gone through, So-Young and David end up taking a trip to South Korea where they discover their family roots. It’s a beautiful film about family and getting through personal problems. A powerful and thought-provoking work of art. I know one Korean very personally and I think she might even relate to some of this in a way.

Screening at 9:00PM in Vancouver Playhouse tonight, but if your schedule is looking a bit tied up you can always see it Monday October 3rd over at the Rio. 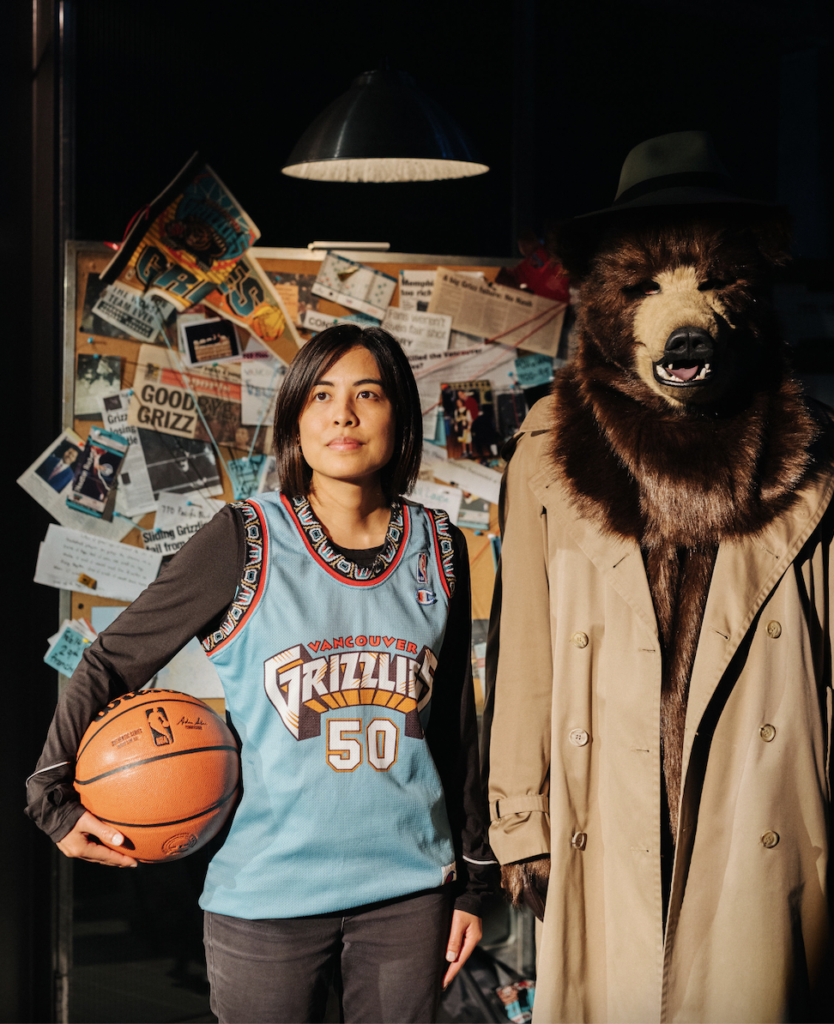 For years, the Vancouver Grizzlies have been MIA from Vancouver and some of the hardest of hardcore fans want a return. Especially Kat Jayme who has collected so much Grizzlie memorabilia and thinks they deserve to make a comeback real soon. Everyone knows her tale of Big Country and now it’s time for her to tell another tale. We learn a lot about Kat and her interest in Grizzlies, but it’s not all about her. Kat gathers up all of the biggest fans of the Grizzlies and they work together to make a plan to figure out what happened to the team and where they can find the fallen Grizzlies. The documentary takes us on a journey both through the past and around the United States where Kat meets as many of the Vancouver Grizzlies as she can. There’s Chris King, Antonio Harvey, Byron Scott, and a few others. They all enjoy talking about the past like their very first game. We also hear from founder Arthur Griffiths, and a couple super fans. Despite being the champs at first, they ended up going through two losing streaks and eventually lost over 300 games. It’s quite saddening to hear, but at the same time I have to question why do sports teams in Vancouver seem so bad at sports? Maybe this is why I don’t follow sports in general. Despite the constant losing, lots of Grizzlies super fans were so young, they didn’t care and just enjoyed watching the games. What was the main reason for the losing streak anyway? A lot of people blamed it on Stu Jackson, who managed the team, and did horribly. Other people say Stu is a respectable person, and eventually Kat goes to NY where she talks to Stu and he reveals he’s not as bad as people say. Stu also explains despite all the losses he continued to fight on and had some difficulties dealing with the rules that were set in Vancouver. It’s an incredible documentary about the Vancouver Grizzlies and told me a lot I didn’t know. Anyone who watches this gets to experience the pitfalls and small victories of the Grizzlies, while learning there is such a thing as basketball fans in Vancouver. But they also learn that perspective is everything. When you hear another person’s side of the story, it reveals a whole lot of other things.

The Grizzlie Truth will be playing October 1st (2:00PM) and 5th (6:00PM) at The Centre for Performing Arts, and that’s the truth!