Shaun has done a little bit of DOXA in a review, and now so am I. So here is a double on two documentaries I saw at DOXA this year. 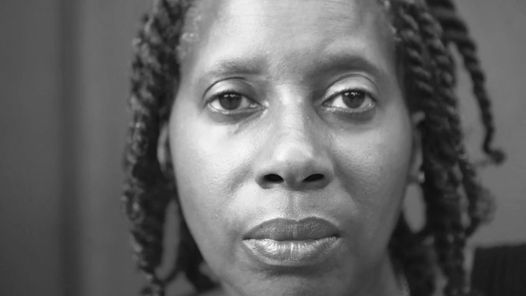 Dear Jackie – Starting out with a letter to Jackie Robinson explaining how even though Jackie went on to become a baseball player thus creating baseball teams that allowed all races, the black community in Montreal still stayed separate somehow in Little Burgundy, a neighbourhood they built themselves. Shot completely in grayscale, this documentary was a great example of black history as people said despite Jackie going into the big league, they still allowed him in the community and he even managed to prove himself worthy with his good sportsmanship and athletic abilities amongst other athletes. It was a great way to reduce racism but unfortunately it still seemed police harassment and offensive slurs were still used and sadly, some of this still is happening around the world. Henri Pardo really got a focus on content matter that was compelling and was super artistic in how he made this. The types of footage both old and new, really made some points along with people who talk about living in Little Burgundy both historical and what it’s like today even if some of it has gotten torn down. I learned so much about music, trains, and a community of some of the nicest, coolest people. A documentary not only good for black history month, but for history lessons in general. Nothing defines unity and strength like this doc.

But don’t just take my word for it, you can see it at the Cinematheque this Saturday May 14th at 6:00PM.

We Feed People – In different places all around the world, Jose Andres and his organization World Central Kitchen as they go on the difficult journeys of delivering food. As I understand delivering food is common for people working for SkipTheDishes and DoorDash, WCK faces an even bigger challenge than traffic and wrong addresses. Jose and his band of co-workers, volunteers, and associates have delivered fresh hot food to communities that are struggling from the aftermath of a natural disaster for years. Their latest experience has included the dreaded floods of North Carolina. Before we get into the difficulties and insanity of these locations, we learn about Jose and how he started out as a chef and got better overtime. First Jose starts as a simple chef making Tapas plates, and working at DC Central Kitchen finding ways to reduce the problem of wasted food. Jose continues on with providing charity and gets more notoriety with newfound ways of changing food issues and serving new meals. Then one day in 2010, he saw the disastrous results of what happened in Haiti after an earthquake and went over to help by making plenty of dishes for everyone. Over the years, he helps out other countries during their aftermath, like Puerto Rico in 2017, Guatemala in 2018, the Bahamas in 2019, and the Navajo nation.

Other focuses in the doc are Jose’s interactions with his whole family, the hardships he faces even when his crazy energy was decreasing, and people in other countries getting dysfunctional. Nobody said helping out struggling people would be easy. Jose can certainly get chaotic and stressed over the challenges and we see so much that goes on.

It’s a great documentary that was really heartwarming and incredible to watch, a lot of great footage captured over the years, and a real important message to go along. This is one delicious meal of a documentary that is some serious food for thought, which will fuel with the nutrition of knowledge.

It can be watched on Sunday, May 15th at 12PM over at the SFU Djavad Mowafaghian Cinema.