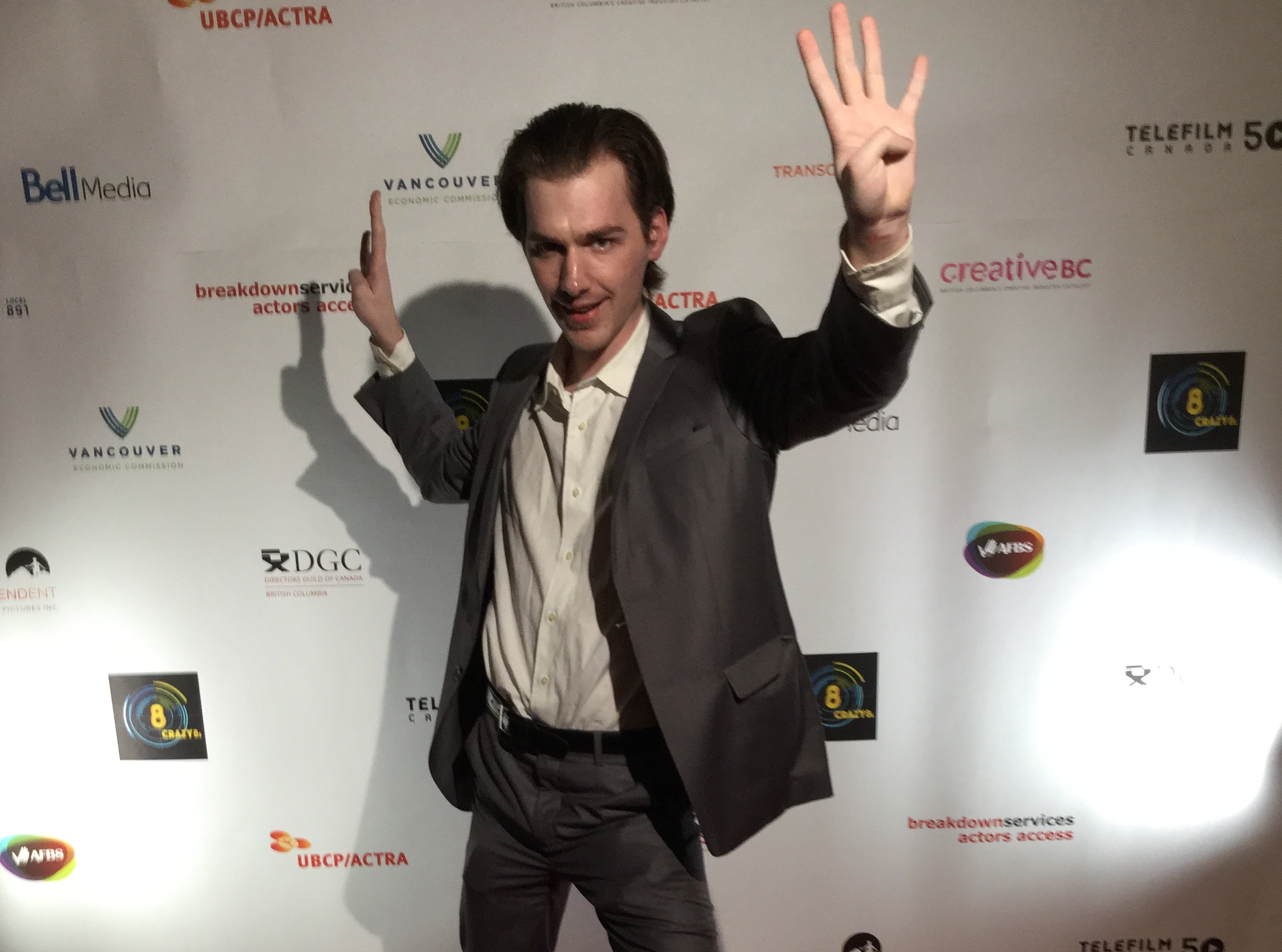 This year, Crazy 8’s went Crazy Late. But there was nothing to Crazy Hate, because this year’s Crazy 8’s were Crazy Great, and worth the Crazy Wait. Okay, I’ll tone it down.

Everyone says this may have been Crazy 8’s best year yet. And it’s only the Crazy 18th year so far. If this is considered the best year for Crazy 8’s, I can’t wait to see what’s in store for next year. Crazy 8’s is all about making a film with only $1000 and in only 8 days. Every year, many people submit their ideas to see if they’re worth making a short film out of. In the end, 6 teams remain victorious and complete their short over an 8 day span. Sorry to the other 210 who didn’t make it this year, but let’s move on to the film fest. This year, Special seating was arranged and the opening speech by Ellie Harvie was memorable. However, I kind of wish I wasn’t in the balcony. It always seems like the audience in the lower section has more enthusiasm. Oh well, despite the super long list of sponsors (which I will not be listing) and a medical problem happening right after the first film, the shorts were something to remember.

The Undertaker’s Son – If you read my interview with 3 out of 4 brothers, you know what this one’s about. Sort of. Christopher Redding isn’t comfortable with working in the family business of embalming in his little western town. A heartwarming story that’s sad but very impressive. I’m kind of glad my father doesn’t work in that business.

Anh Hung – Okay, so I interviewed the directors of the first two films. Whoa. Well, this film is about a little vietnamese girl who lives in Canada. She has a hero of an older brother but she doesn’t realize he has life of crime that’s been under the radar. Darkly beautiful film, another really good story. I’m only two films in and already they feel so real it’s like I’m right there.

No Reservations – How about a little humour to lighten things up a little bit? The Whitemans live in a perfect neighbourhood and everyone/everything is hunky dory until a corporation comes in to install a pipeline. This initiates an all-out war between the authorities and the neighbourhood. Whatever it takes to fight for clean water. Hilarious way to make light of one giant disgusting thing that Canada doesn’t want.

The Prince – Okay, back to real-life scenarios. (as well as the films from an intermission) If being first-generation Vietnamese can be a struggle, it’s even more troublesome to be a Middle-Eastern Canadian when you’re dealing with racists who think all muslims are evil terrorists. That’s exactly what Amir’s problem is as he’s taking his niece and nephew to school and later getting an acting role as a terrorist. In between the shots are his niece Olivia doing a tap dance routine that expresses how she truly feels about Amir putting up with his struggles. Powerful, Charming, and full of truth. The ending especially.

Woodman – What if Pinocchio never learned to control his lying problem and found a different lifestyle living in a basement? What would he do? He’d build himself a computer and lie about himself on the Internet, just like every other fool on forums, 4chan, and Deviantart. But there is some true love that can be found among the lies. Especially when the woodman discovers someone who loves him for who he is. Funny and lovely, and even somewhat relatable. A good film to prove that a block of wood can be a real man.

Cypher – Who remembers the late 90s after the riots in L.A.? Blacks and Korean Americans barely get along in the year of 97 and one young Korean wannabe rapper named Jay gets involved in an underground rap battle with a black kid who absolutely despises him. But as they duke it out, some interesting revelations about each other come out in the duration of history lessons said in Rap. I wonder if many day schools do this technique. An amazing blend of Upbeats, humour, truth, and 90s coolness.

Well, that’s all of them. And they all did exceptionally well. And the Afterparty was even more incredible. Lots of live music that livened up the place along with the chance to hang out with and make connections. It seemed like the chocolate fountain was much bigger than last year, but that’s probably just the alcohol that was speaking to me. An even better year than last year and now I’m pumped to see what happens next year. Whoop-whoop!