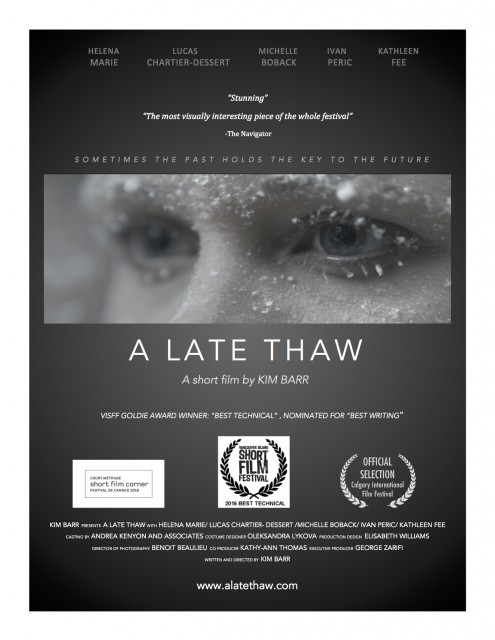 Kim Barr was only 19 when her boyfriend was killed in an ice climbing accident. Now the Toronto filmmaker has transformed that trauma and the resulting grief into a short film —  that’s playing at Cannes’ Short Film Corner.  A Late Thaw tells the story of a woman who’s suffered a similar experience, but picks up her story several years later, when the current man in her life begins talking about settling down. (Watch for Nick Wangersky’s review later today — thank you to ChicArt Public Relations for the screener.)

A Late Thaw didn’t start out as a drama, despite the theme.

“The first attempt was actually a comedy but I think I was trying to deflect the issue,” says Kim. What turned out to be key to the scriptwriting process was finding the right location for the production. “Once I found the house the script wrote itself,” she says. The house in the film is not just a building; it embodies the bereaved woman’s inner and outer worlds, where the boundaries between the two are beginning to collapse.

While she’s in Europe, Kim Barr will be visiting Bucharest, Romania, for research on her upcoming feature film Blestemat (Cursed). This sweeping drama will follow a cursed wedding dress that’s handed down to three generations of women.