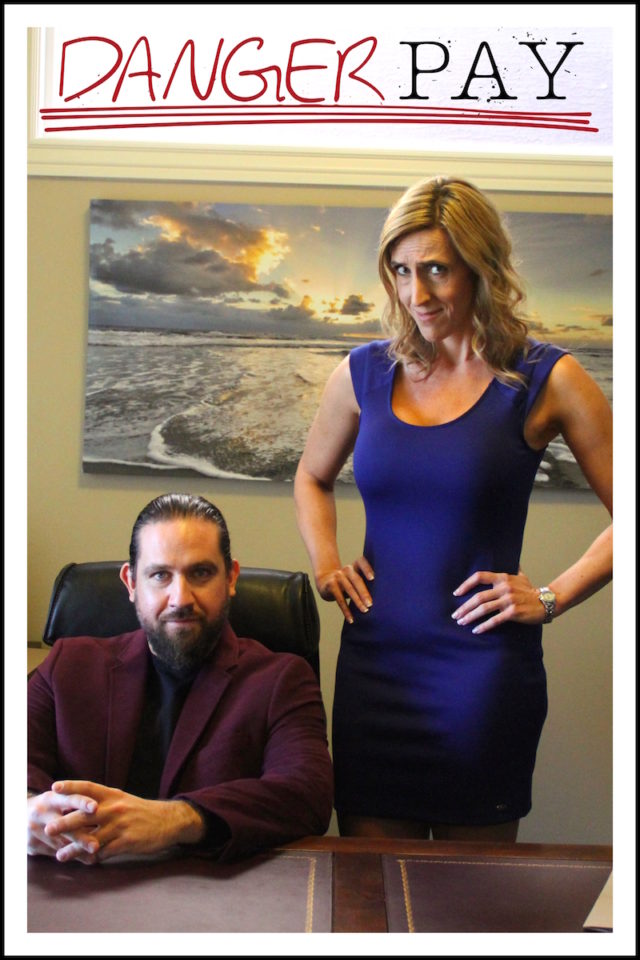 In the film industry, opportunity is rare. You can choose to wait and hope for it, or you can do what Carolyn Bridget Kennedy did and create a web series starring yourself.

Living in Calgary, Alberta, there aren’t a large variety of productions shot there. Without moving to Vancouver or Toronto, wanting to work in Canadian film can have its challenges.

Back in 2011 Carolyn had been working the previous 20 years as a paralegal. She always had a desire to express herself. At the advice of a friend, she took an acting workshop. She discovered she liked to act. In her late thirties, Carolyn found through research that there were very few roles for her demographic. Not one to be discouraged or listen to naysayers, she remembered what an acting instructor had said.

“If you want to take your acting from hobby to career, put yourself on the internet.”

After a few of months of exploring ideas for a web-series, the camera started rolling. She would write, produce, direct, act and edit 125 episodes. It was The Bridget Linden Show. Carolyn tells me that she kept it quiet from friends and family for a time until she found her audience. To date she’s had over 750,000 views.

Her love for acting continued to grow. So much so, that she eventually considered it as a new career.

Carolyn has a great sense of comedic timing and thrives on comedy. Her latest creation is called Danger Pay. It’s about a woman who accepts a job that pays more than usual working for a bizarre lawyer. She endures his antics so she can afford to pursue her dreams.

When Carolyn explained the process of creating the show, she said she started with 26 episodic ideas, then rearranged them to create a story arc within the series. It has taken off with wide audience appeal. The pilot episode was nominated as 2016 Best Pilot at WebFest Montreal. It has also been mentioned as an “under-the-radar series to watch” by TubeFilter.

Her work thus far has garnered her an invitation to the Banff World Media Festival in the spring of 2016 from Women in Film & Television Alberta. Carolyn managed to book a number of meetings through the duration of the festival. She spoke with Russell Peters, had tea with Ben Mulroney, met the president of HBO, chatted with Jay Roach and also met the creator of Lost, Damon Lindelof.

The web series has also caught the attention of two networks showing interest in developing it. The show has a full time director (Neil Schell) and DP/editor (Jose Luis Gonzales) with whom she’s worked on a previous projects.

“What is the best part about creating your own web series?”

“As a producer and writer, I can create roles for myself that I’m best suited for. I’m also able to provide opportunities to others seeking experience in the industry. Helping others out with a positive experience and inspiring just one person to follow their dreams is a reward in itself.

“It can sometimes be a big bus to push, but by taking small steps and applying what you learn from one project to the next will help you become better.”

A short film she made called Super Speed Dates had her transforming her basement into an upscale pub. After seeing the before and after photos, I was tremendously inspired by her talent for detail.

If there was one lesson I took away from meeting and speaking with Carolyn, it would be to follow your dreams and aspirations. If there is lack of opportunity out there, then find a way to create it for yourself.

Carolyn Bridget Kennedy is a prime example of the positive impact it can have on your life if you do build that field of dreams.

Her company is Demure Duchess Pictures Ltd. Carolyn expresses that she desires to direct more and some day make a feature film.

She is an amazing woman that knows how to go after it and inspire others along the way.