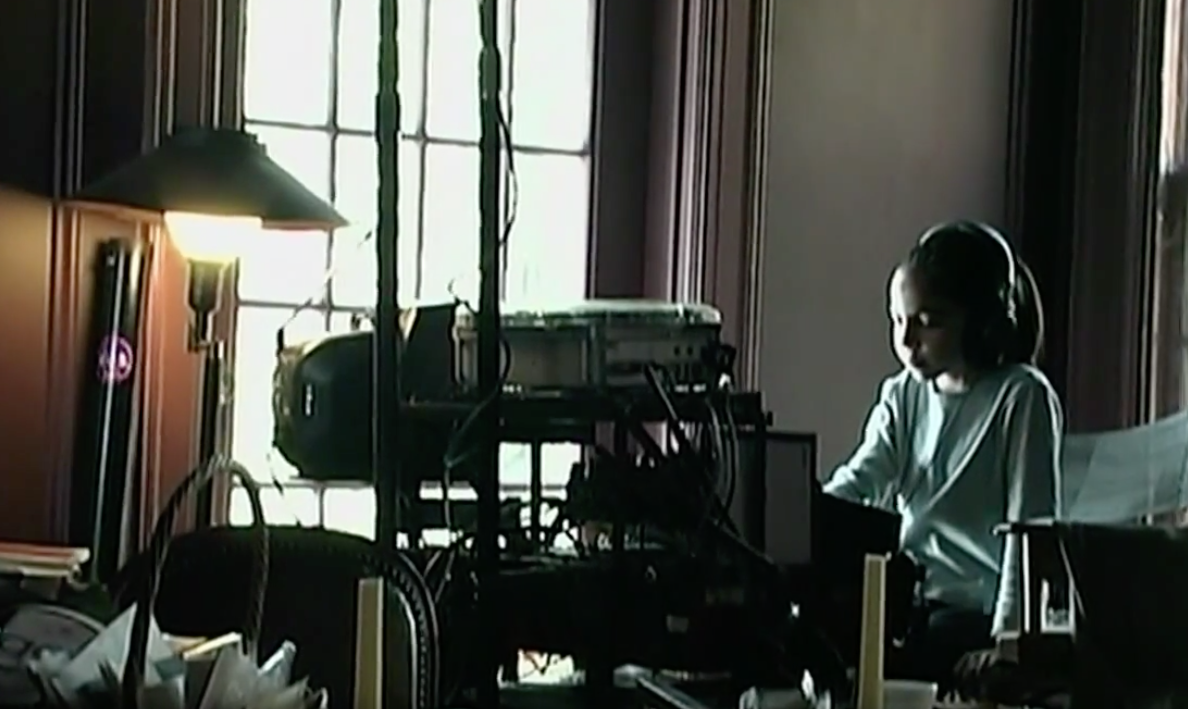 Although the director of a short film has the daunting task of achieving so much in so little time, it also opens up many creative avenues that simply would not work in a feature-length film. Take Guy Madden’s The Heart of the World, which I wrote about a few months back. Madden intentionally squeezed what would have been a feature-length narrative into a 6 minute short, though had he actually spread the story across 90 minutes, the impact of its fleeting ruminations on society would have been blunted, and its (silent) commentary on the potential of narrative all but lost.

While David Cronenberg’s short Camera, which was entered into TIFF alongside The Heart of the World in 2000, is a more reserved and reflective piece in comparison, its subject matter is no less resonant, and ultimately stands as one of my all-time favourite short films.

On the surface, it appears to be about an aged thespian (Leslie Carlson) who, as a group of children bring a high-end camera into his home, reflects on his own distaste for cameras, which serves only as a reminder of his own mortality. The deeper layers of the short, however, are revealed through the cinematic choices made by Cronenberg.

The director employs a style of filmmaking called cinéma vérité, whose roots stem from documentary filmmaking. The basic idea behind cinéma vérité is to reveal the inherent truths of its subject through confrontational camerawork and observational direction. Generally, the director dictates the parameters of the scene, and then allows things to unfold before the camera, which is there to be acknowledged so as to accentuate the sense of realism. The most used example is of Montreal director Pierre Perrault’s 1963 film Pour la suite du monde, where he asked a group of elders to fish for whale. Instead of being a documentary on whale fishing, however, it is in fact about lineage and memory.

So what is Cronenberg’s Camera really about, you ask? The power of cinema.

That is not to say that mortality is still not a central subject here. Cronenberg’s almost perpetually kinetic, invasive camerawork of a subject decrying the very idea of being captured on film reveals a layer of realism that is by no means a construct, whether the monologue is entirely written by Cronenberg or not. Just listening to Carlson earnestly proclaim “When you record the moment, you record the death of the moment,” while the children prepare the high-end camera for a shoot, is an insightful juxtaposition of the young’s blissful ignorance against the old’s jaded submission to life’s only constant.

But for me to say Camera is about the power of cinema is a little misleading. To clarify, it is in fact about the manipulative power of cinema. As we watch and listen to Carlson contemplate the frailty of time, the unpolished lighting and sound, as well as consistent reminders of the camera’s presence, offer a palpable sense of realism and relatability. Yet, this is all turned on its head by the film’s concluding moments.

The children enter the room, camera in tow, and quickly tidy Carlson’s appearance with combs, makeup and a scarf. One of the children says “Action,” and we are then presented with a shot of the actor once again reciting the short’s opening lines, only this time with an upbeat delivery, which is complimented by a drastic shift in tone and cinematic style. The camera is stationary, using only a gradual zoom, the lighting is that of big-budget Hollywood quality, and all the while there is a pleasantly uplifting score playing in the background.

The context has significantly changed, yet it is suggested that the story, and certainly the dialogue, are essentially the same. The genius here is that Cronenberg has shown us the importance of style and direction in cinema, all the while delivering an insightful, contemplative piece. Moreover, Carlson’s brief expression of his self-proclaimed anxiety before its cut-to-black stands as an emphatic metaphor on the emotional truth that can be lost to all the gloss of overproduced Hollywood cinema.

For these reasons, Camera is one of those rare films that sent shivers down my spine upon its conclusion, and one that should not be missed by any prospective filmmakers out there.