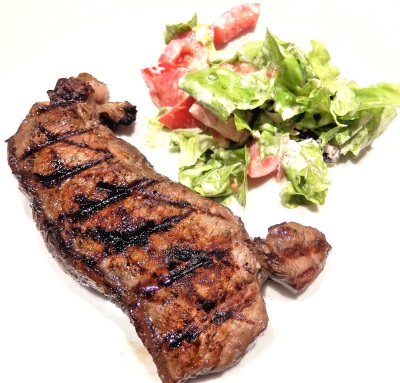 (Via WireService.ca) Steak (R)evolution is a new documentary presented by Video Services Corp (VSC), opening August 7th at the Bloor Hot Docs Cinema. It follows Franck Ribière  and his favourite butcher, Yves-Marie Le Bourdonnec, on a quest to understand what makes good meat.

Ribière comes from a family of cattle breeders, worked as a a fashion photographer’s assistant in New York, and served as an executive producer for a number of documentaries. With producer Vérane Frediani, he founded La Fabrique de Films and la Ferme Productions. Steak (R)evolution is Ribière’s first documentary as a director.

Ribière began thinking, not so much about what he was eating, but about what the animal had eaten: “Gradually, I came to a conclusion that is sheer common sense: only a happy cow will produce good steak. A genuine and strong bond between man and animal is essential.” He goes to Japan, Argentina, Brazil, France, Spain, and the U.S. to explore how humane farming improves our food.