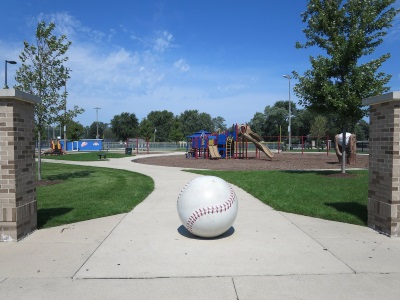 A Pickle is a sports-style film about a little boy named Charlie who steps into somebody’s house after breaking their window with his baseball. In the unlocked house, Charlie finds Mack the owner to be a huger baseball fan than Charlie himself. Mack even has a baseball autographed by Mickey Mantle and Roger Maris.

When Mack confronts Charlie for the damage, he sets him to work cleaning up the backyard. Charlie and Mack both share an interest in baseball and watch a game on the owner’s couch together as he points out something called a pickle, which means that it’s a rundown.

Later that day, when Charlie is on his way home, he gets confronted by two bullies who want him to get  Mack’s autographed ball out of his house for them. Charlie convinces Mack to come outside and play baseball with him (as I suppose he doesn’t really have a father). Mack and Charlie then spend time bonding through a montage and have lots of fun. But when they get back to Mack’s place, the house is in ruins due to a theft. Surely enough, Mack blames himself for trusting Charlie and says that Charlie is also responsible for the criminal act.

The ending sums up the whole film perfectly and really makes this short  a heartwarming storyabout how two people can really bond over a sport. Of course, I have to wonder what kind of town does one live in where it’s okay to assume you can leave your door unlocked while you’re a block away. Shots were perfectly done and the montage was great, even if the music was just a royalty free song they found in their iMac library. It all went together great.