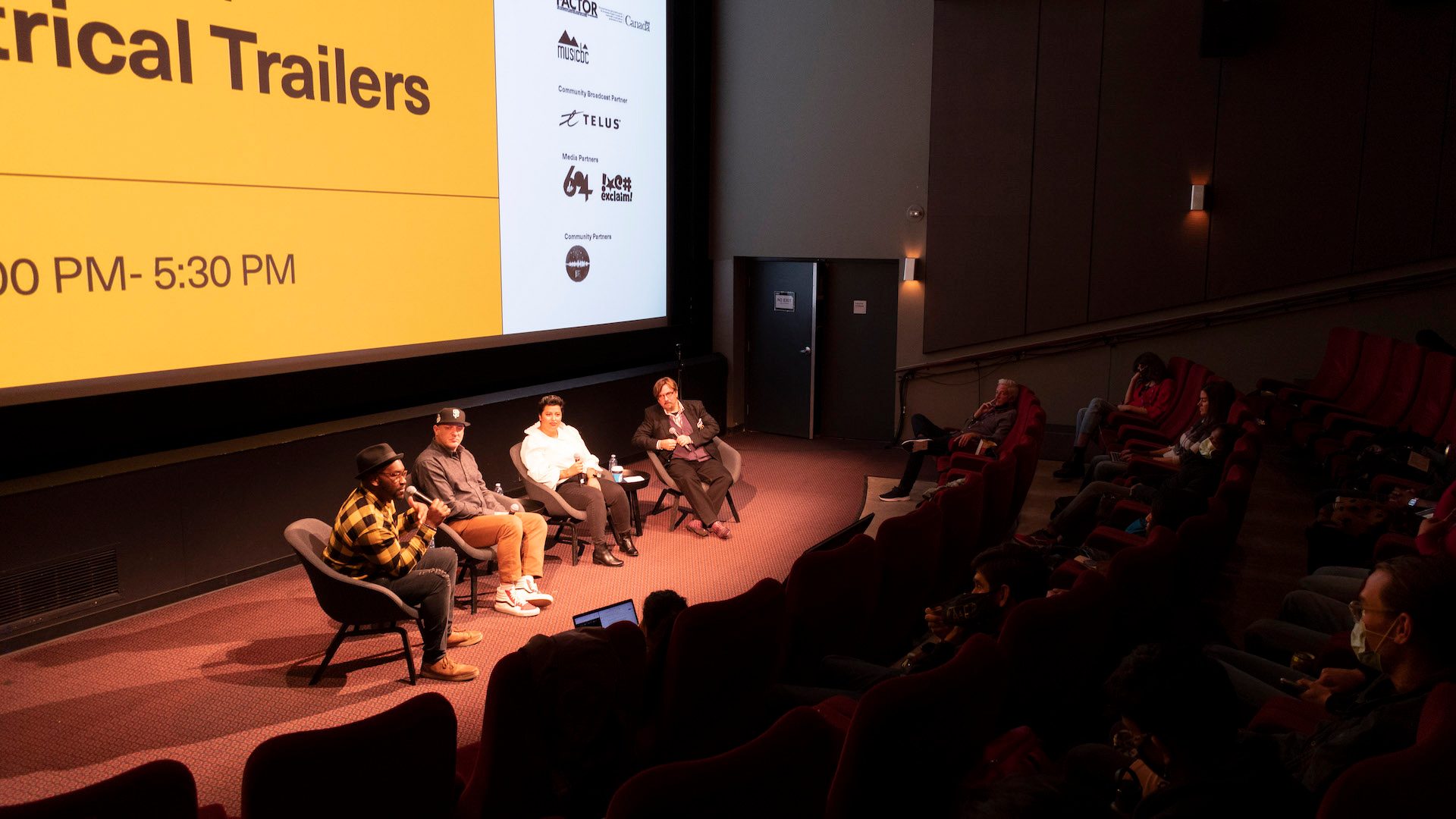 Now for a limited time only, October 7-9 currently, VIFF AMP is happening. It only started yesterday, but it’s a great way to learn about music and sound in movies, tv series, and shorts. Finding the right music isn’t easy, and composing something original can take more effort. When it comes to soundtrack, let’s say maybe there’s a song you want to use but can’t because of copyright issues and a fee you have to pay off. Or maybe you can’t make music. OR maybe you can’t maybe you can’t find a musician. BUT… what if you are a musician who wants to make the best music ever or want crate connections in music? Everything at VIFF AMP can help. Here’s what to expect from this year’s.

From Hiphop to TV Scoring – Join Mato Wayuhi as he talks about his vast career making music for both movies and TV shows. His best work has to be the music he did in Reservation Dogs. and he’s doing pretty well for himself, having recently graduated from the University of Southern California. Tune in and find out what it takes to be a number 1 soundtrack designer. Jarrett Martineau will be moderating this event, for those of you with questions and I’m sure there will be LOTS. This will be happening October 7 from 2PM to 3PM at

Hit Raedio Stars – Stephanie Diaz-Matos and Sarah Bromberg from Raedio do a masterclass on music supervision, which is something good to know if you’re managing music in any form of media. October 7 from 4PM to 5PM

Music BC’s Soundoff – Who likes local music? you gotta #supportlocal and what better place to do that at SOUNDOFF, Music BC’s platform which brings in the best of local musicians performing songs and connect with music supervisors. It’s a big event, alright, and not one to miss if you really like music. Sometimes locally made is better. October 7 from 8PM to 10PM

The Art of Music Supervision – If you have experience already as a music coordinator, now might be a good time to transition to music supervisor. Sure the ladies from Raedio have already discussed that, but if you can’t make that event, try this one hosted by three other ladies (Yvette Metoyer, Christine Greene Roe, Shannon Murphy) who are all music supervisors  and can give lots of promising info. The event will be moderated by Tony Scudellari, the Senior VP of Television Music at Sony Pictures Entertainment. Happening October 8 from 2PM to 3:30 PM.

Composing for Docs: The Collaboration of Filmmaker and Composer – Perhaps you have a documentary and you want the right music for it. Just how do you work with a composer who will make the best soundtrack involving subject matter? Why does it even matter? Allow Miriam Cutler and Lisa Leeman to show you how and why in this fantastic little presentation on October 8th from 4PM to 5:30 PM.

Upping the Sonic Game: Live Scoring Masterclass – Amrita Vaz, David Ramos, and the Chan brothers (Caleb and Brian) join forces to show how live musicians can make score even better than ever. To make this masterclass even MORE fun, there are live performances being done by anyone in the Vancouver Symphony Orchestra. Check it out October 9, 10AM to 1PM

VIFF AMP Town Hall – There are neurodiverse and disabled communities out there, I of all people should know. The most important thing to know is how to work with them. Stephen Letnes, John Swihart, and Hamish Thomson are three great composers who will show you how. This event is the best way to bring things to a close. Don’t miss it October 9 2PM to 3PM.

Come on down, it’s worth it. Listen and Learn all about music in movies. Get tickets here