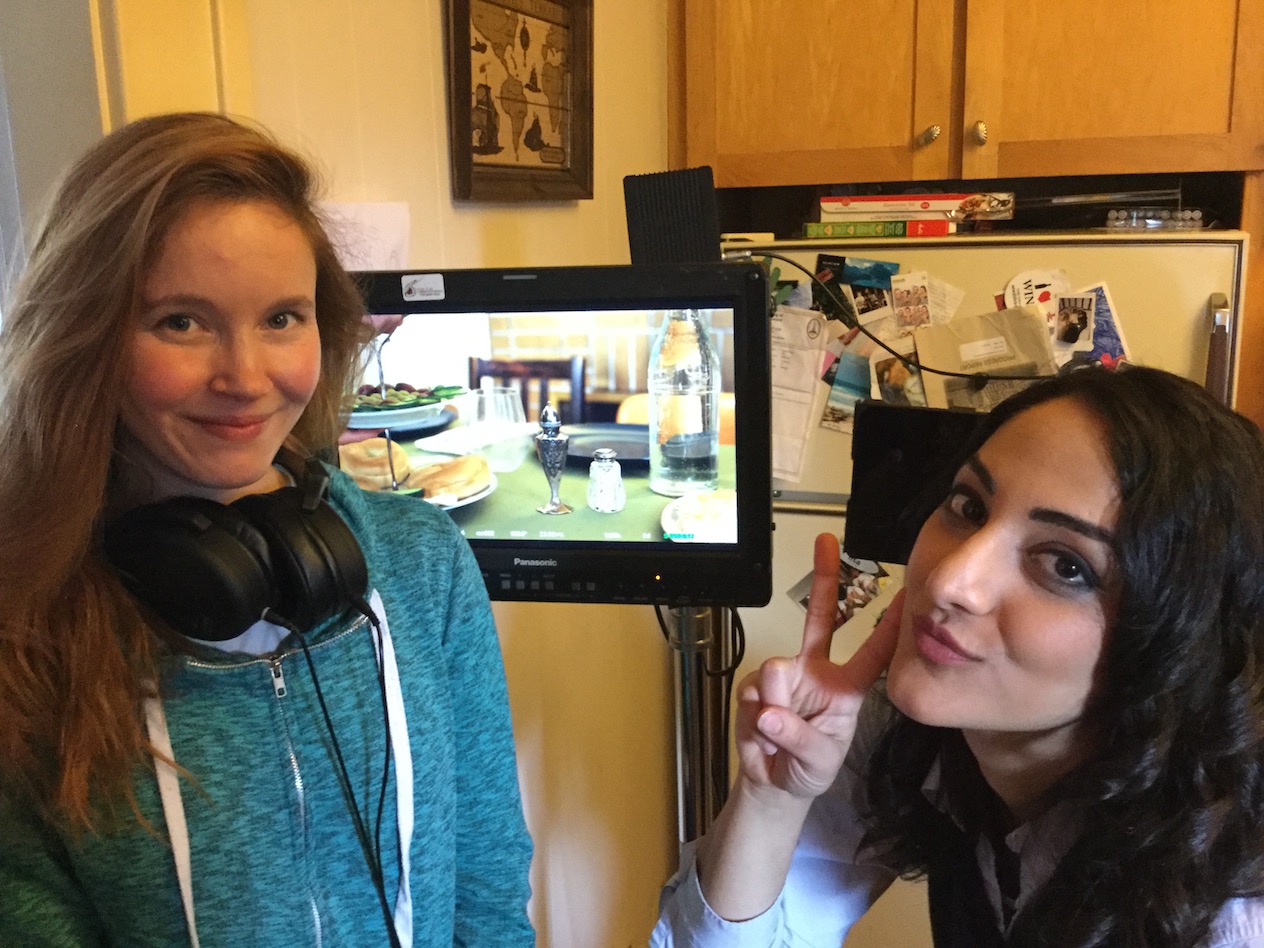 Women are becoming more powerful and better known in the film industry as it continues to grow. And one prime example of that is short film, Pass the Salt, which tells one of the most interesting yet almost controversial stories of all time: A lesbian couple are ready to announce to their two families that they are getting married. One family is Jewish, and the other family is Muslim. While most people would react in a typical manner about such a subject, this film actually proves a point in one of the most interesting ways possible. Writer and Director Panta Mosleh explained that this story has come from her experience being a bisexual Muslim and how she thought a situation like this would go. But Mosleh has given this incident a rather funny perspective to make it all the more enjoyable. It is believed that by making this film a comedy, people will understand the story being told much better than having the facts bluntly told to them in a serious short film. What this film tells viewers is that everyone is a person, no matter who they are, what their religion or sexuality, they’re all somebody unique, and such personality traits do not classify them as freaks or inferior. If anything, it makes them outgoing, bold and true.

And as mentioned before, this short film is managed majorly by women. Working alongside Panta Mosleh is co-director Hayley Gray, who has helped to make sure all shots are an impressive view, even if it’s just a plate of food. Mosleh and Gray have shown to have an inseparable and dynamic bond while working together on set (as shown in the picture). But another interesting bond was also discovered in the lead actors of the talent. While Mosleh plays the role of Khalilah, Juliana de Medeiros plays Khalilah’s soon-to-be partner, Nava. Despite having only known each other for such a short time, the two ladies get along like they’ve always been best friends. I might as well also note they actually shared gum during their time on set. Juliana de Medeiros has played many different characters in the past, but this role for her is so far and new from usual roles, yet it seems to be a mash-up of all of them at the same time.

Getting a chance to check out the set was an amazing experience. Everyone was very organized and did a good job of keeping things running smoothly. It was estimated to be a 12-hour shoot day, but they managed to wrap up all the shots in less than half that time, proving just how efficient everyone is. Not only that, but everyone was kind-hearted, fun, and had a great sense of humour. I will even admit that I joined in with some of the crew while making cutlery jokes during the setup of a shot. And since this was a film set of a dinner table, there was an incredible amount of food supplied for craft service and crew meals. Despite me being only press, they had me get plenty involved with them all, and really made me enjoy the whole shoot. Pass the Salt is now going through the post-production stage and is estimated to be submitted to VIFF, TIFF, and any upcoming LGBTQ festivals, perhaps even some festivals in California. Be on the lookout for this short film and be sure to check them out on Facebook for future updates. And don’t forget to #PassTheSalt