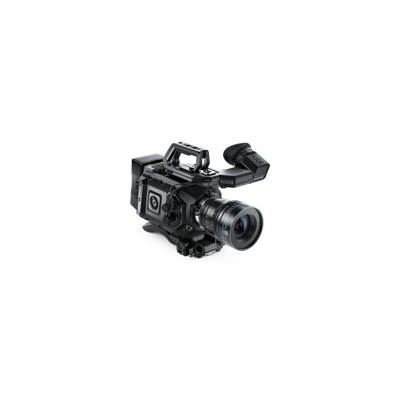 Black Magic Design has released a new B4 lens mount for URSA mini cameras as well as some updates for the URSA mini, some new converters that change 12G-SDI footage into classic Quadlink SDI, and an all new data card that captures up to eight channels.

The B4 lens mount was based off a common request by buyers of Black Magic Design as they wanted to keep focus on their subject while working the zoom of the camera. This new mount is precise in detail as it can switch to the B4 lens view and show it on the HD window within the URSA Mini’s sensor. Converting to B4 is quite simple as the only requirements are to remove the PL lens mount from the URSA mini and swap it. This is an easier task than a PL adapter which is much heavier. Other updates to the URSA minis include a program button that allows one to see the new footage on a viewfinder window even allowing the selection of viewing 12G-SDI footage.

The new Teranex mini converters are like I have mentioned, the solution to changing today’s footage into a yesterday’s format. To make converting easier, 12G-SDI only requires one cable though most other converters use four. And changing cables will never be a problem when switching to a different style format as the new converter can switch instantly.

The Decklink Quad 2 Card is a special card that allows developers to check eight different channels at once through their computer while observing footage. There’s also the option of capture and playback on the channels independently.

Lots more technical information can be found in their latest video here.