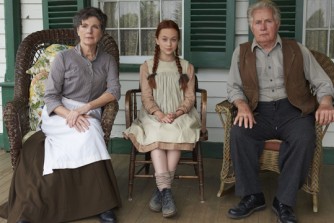 Breakthrough Entertainment’s newly completed two-hour film revival of L.M. Montgomery’s Anne of Green Gables will air in the U.S. as a Thanksgiving special (that’s November 24th for them — remember, the day before Black Friday), thanks to a deal with U.S. public broadcaster PBS, Breakthrough announced today in a media release.

Based in Toronto, Breakthrough is an award-winning (Geminis, Canadian Screen Awards, and Canadian Comedy Awards) established producer and distributor to audiences worldwide. It’s also a well known producer of interactive entertainment, via its digital media division. (It’s also one of the few companies of its kind to have a “Pitch Us” link on its home page — it says,  “We are always looking for fun, interesting ideas with mainstream appeal”, and invites both short talent tapes and film/series proposals.)
Watch video!

My Green Kitchen: The Ultimate Guide to an Eco-Friendly Kitchen