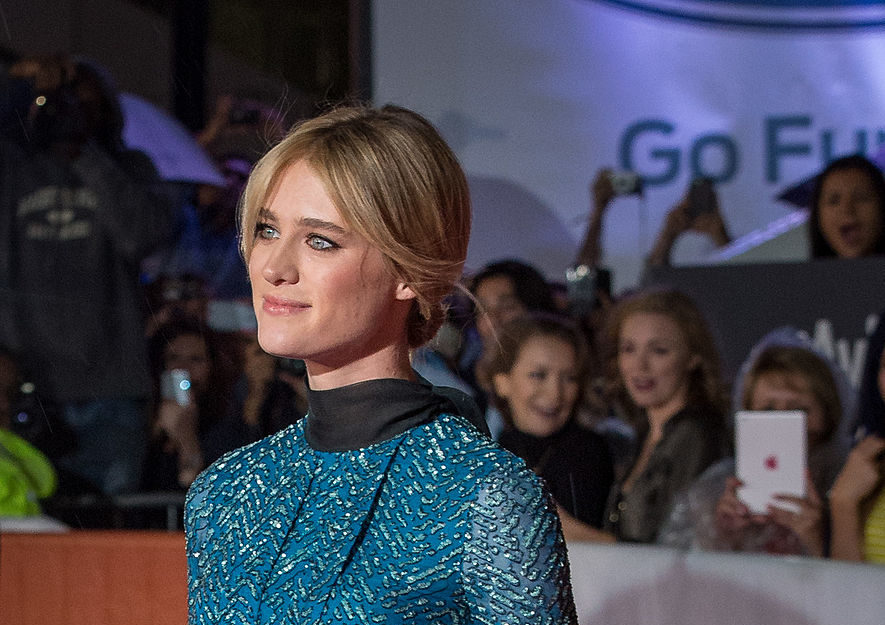 With the highly anticipated Terminator: Dark Fate hitting theatres in just over two weeks, the studios involved have cranked advertising up to eleven to maximise the film’s media saturation, which should serve to bolster potential profits. It’s not like this practice is anything new, not by a longshot, but Joker did something similar, piggybacking off its infectious hype, and has already smashed October box office records.

Advertisers have a lot to work with here, as Terminator: Dark Fate is not only a direct sequel to Terminator 2 (ignoring all that came between) directed by Deadpool’s Tim Miller, but also sees the return of Arnold Schwarzenegger, Linda Hamilton, and James Cameron as a producer. However, its promotion hasn’t shied away from franchise newcomers either. While the new Sarah/John Connor figure, Dani Ramos (Natalia Reyes) will certainly have a major part to play in the film’s story given that she is humanity’s last hope, her character has taken a promotional back seat to Gabriel Luna’s villainous Rev-9 and Mackenzie Davis’ human/terminator hybrid Grace.

While Luna is himself a talented actor who has been making a name for himself in recent years, most notably as Ghost Rider in Marvel’s Agents of Shield, it’s Davis’ career that I’m particularly drawn to.

A Vancouver native, Davis has quietly been establishing herself in the film industry over the years, gaining considerable momentum with certain roles she’s taken. Davis earned her first feature film credit in 2012 with a very minor in James Ponsoldt’s Smashed, which, despite positive reviews, didn’t even break $500,000 at the box office (all estimates given will be in US dollars), offering Davis little or the way of exposure. Nonetheless, director Drake Doremus spotted her talent, casting her as a significant supporting character in his 2013 romantic drama Breathe In. Breathe In was released to even greater financial disappointment, falling just short of $300,000 in box office receipts, and although reception to this film was mixed at best, Davis drew positive reviews for her efforts.

Davis found greater exposure in 2013 with Michael Dowse’s romantic comedy The F Word. Although the film managed to only recuperate roughly $7.8 million against its $11 million budget, which makes it a clear-cut financial failure for both the financiers and the more well-established cast members, this is a significant increase in box office returns for Davis, and no doubt helped spread word on her promising ability as an actress.

This proved to be the case, because in 2014 Davis began a four-season stint as a primary cast member in the acclaimed TV show Halt and Catch Fire, while in 2015 she had a minor role in the Academy Award-nominated, Ridley Scott directed science fiction film The Martian, which made a whopping $630 million at the global box office. This is even more significant when you consider that her only other notable feature film release of 2015, the star-studded Freaks of Nature, barely made a measly $70,000 against a budget of at least $33 million.

Davis’ follow-up to The Martian, 2016’s Always Shine, fell even shorter than Freaks of Nature, only managing just over $17,000 at the box office. Despite the overwhelming financial disappointment of Always Shine, the film did attract significant acclaim for both its execution and performances, where Davis played a primary role next to Caitlin Fitzgerald, unabashedly making a statement as a leading woman in the process.

Thus, Davis was handed another opportunity in a leading role with her next film, Izzy Gets the F*ck Across Town, which was another relative box office dud that got mixed reviews. However, Davis was once again the standout in an otherwise forgettable feature, even receiving the Special Jury Award for Best Breakout Performance from the Napa Valley Film Festival.

While Davis’ next acting role was by no means a central performance, it was certainly another major step forward in her burgeoning career, as it was in one of the most highly anticipated sequels of all time: Blade Runner 2049. Directed by fellow Canadian Denis Villeneuve, Blade Runner 2049 will no doubt go on to be considered one of the most accomplished sequels of all time, though the film was admittedly something of a disappointment at the box office, grossing $259 million dollars. That might sound like a lot, and would be an unmitigated success for your average film, but its massive budget of between $150-$185 million was too steep to overcome, especially when the first instalment in the series was 35 years ago, meaning it wouldn’t be as fresh in the mind of your average millennial.

While a similar argument could be made for the upcoming Terminator: Dark Fate, given that it has an even larger budget of $160-$200 million budget and Terminator 2 came out in 1991, there have been subpar entries in the series since that have at least kept the Terminator franchise very much alive in the pop culture psyche.

Taking into consideration her career up to this point, Davis has proven herself time and again to be a talented and reliable actress who is more than capable of carrying a feature, even if she hasn’t found box office success at every turn. Her more recent performances in Jason Reitman’s Tully, where she very capably goes toe-to-toe with Charlize Theron, and her acclaimed 2016 appearance in Black Mirror have laid the foundations for her breakout as a big budget leading actress in Hollywood. While she falls just short of top billing in Terminator: Dark Fate, it may still be the film that truly builds upon the success that has come before.

If somehow this is ultimately not the case, juicy roles will likely keep coming for Davis all the same, as she is set to play a leading role in the 2020 Netflix horror film The Turning, co-star with Kristin Stewart in upcoming romance Happiest Season, and has been cast in the comedy Irresistible, which is written and directed by former Daily Show host Jon Stewart.