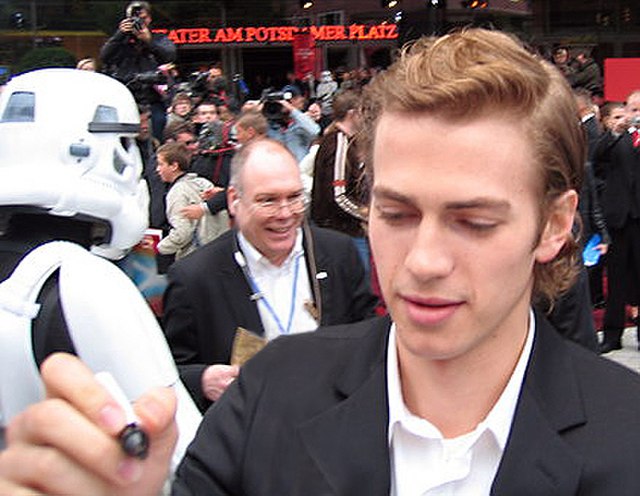 Following months of rumours and speculation, Star Wars producer and head of Lucasfilm, Kathleen Kennedy, confirmed at the D23 Expo in 2019 that there would indeed be an Obi-Wan Kenobi series slated for release on the Disney+ streaming service, and that Ewan McGregor would be returning to iconic role while also serving as a producer on the show.

For a while after, speculation unsurprisingly raged on the internet as fans tried to discern where the show would land in the Star Wars timeline, and what characters might be returning. Information was difficult to come by while Disney and Kennedy ensured the scripts were up to standard, and for a time McGregor remained the only actor attached to the project…that is, until December 2020, when Hayden Christensen was officially confirmed to be reprising his role as Anakin Skywalker, perhaps better known by his Sith title, Darth Vader.

Such an announcement was divisive, to say the least.

This is because Christensen, who played the role in Episode II – Attack of the Clones and Episode III – Revenge of the Sith, received massive backlash for his less than stellar performances in each of these films. His work was so maligned that it did irreparable damage to the British Columbian’s once-promising blockbuster career.

Which is a shame, because Christensen has proven himself a talented actor in Life as a House and Shattered Glass earlier in his career. I would even argue that, while Christensen certainly made missteps of his own, it was George Lucas’ contrived writing and direction that was the actor’s primary undoing. Even future Oscar-winner Natalie Portman was uncharacteristically bland in her role as his love interest and mother to Luke Skywalker and Lei Organa, Padmé Amidala.

Now that Hayden Christensen has another shot at the role, the question remains if he can redeem himself with a new approach that is free of Lucas’ worst creative impulses. Yet, how they would go about it raises more questions than answers.

The series will be set 10 years after the events of Obi-Wan and Anakin’s climactic battle on Mustafar, which caused the injuries that would ultimately confine the latter to his iconic Vader suit, completing his transformation in the prequel trilogy. However, this also creates something of a problem for the writers, as they must somehow find a way to convey that this is indeed Christensen’s Vader and not just some other actor in a suit whose lines will be dubbed over by James Earl Jones, who has always voiced Vader in the live-action features. If this is the case, then where can Christensen find the room to leave his mark; to rewrite his own portrayal of the character?

Sure, you can argue that in The Mandalorian Pedro Pascal was not always the actor in the suit in any given scene, but it was still Pascal’s own voice being used, and his face has been revealed on several occasions, with the end of the second season indicating that this is something they will likely do more often moving forward.

Darth Vader is intrinsically tied to his suit and voice, which leaves Lucasfilm, and by extension Disney, three options to meaningfully include Christensen: either they remove Vader’s mask and show Christensen behind it; Christensen depicts a force projection of Anakin Skywalker; or he plays Anakin in a series of flashbacks. Any one of these approaches are totally viable but will offer Christensen wildly varying degrees of screen time, and less screen time means less opportunity for the actor to redeem himself.

For instance, if Christensen were to appear as Vader with his mask removed, this occurrence will likely be infrequent at best, and even then, he will have to wear significant make-up considering the extent of the character’s injuries. Depicting a force projection, then, would likely offer Christensen greater screen time and room to leave a more pronounced mark on the role, but would still be quite limited in the grand scheme of things. Portraying Anakin in flashbacks offers Christensen the greatest opportunity, given not just the potential for significant screen time, but also because he can reframe how fans perceive his portrayal of a younger Anakin.

Of course, it is also possible that they incorporate a combination of these roles, if not all of them. This is obviously the best-case scenario for Christensen, who can remedy his Anakin of the past while still putting his own spin on the character 10 years later.

Obi-Wan Kenobi is currently in production and slated for a 2022 release, though a specific date has yet to be announced. The cast is certainly a robust one, with Joel Edgerton and Bonnie Piesse reprising their roles as Owen and Beru Whitesun Lars respectively, while Moses Ingram, Kumail Nanjiani, Rupert Friend and O’Shea Jackson Jr., amongst others, have been cast in undisclosed roles. With such a roster of talented actors it’s difficult to pinpoint who could steal the show, but here’s hoping that Christensen surprises us all and delivers a performance that redeems himself in the eyes of one of the most passionate fanbases on the planet.